by Ryan K. Boman of TheGorillaPosition.com

The first time I heard those three letters, I assumed it was another plateful of WWE fast food marketing, with extra fries, in an already-saturated market. Like many of the company's other 'side dishes', it wouldn't be the first recipe for disaster that Vince McMahon used to feed starving network executives.

In the beginning, it was just that: fat and puffy, a competition-about-wrestling-within-a-show, with all three of those parts being interchangeable.

Generally considered a gimmick-filled flop, fans couldn't take the original incarnation of the product seriously, despite it showcasing some great talent like EC3, Wade Barrett and Titus O'Neill. The WWE wouldn't stop meddling with the product, as if it kept pushing its latest brand extension to just follow along. 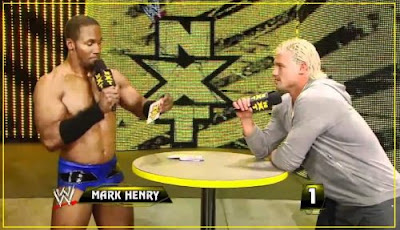 In its precocious, adolescent stage, NXT was nothing more than an annoying little brother to the parent company. The audience often treated it as a mere distraction from more important, grown-up things.

But like the sloppy, undersized kid who used to tag along, NXT eventually found its growth spurt. It even went through a puberty of sorts, when it was given full-fledged responsibilities in June 2012, replacing Florida Championship Wrestling as the flagship television show of WWE's developmental wing.

Things started to click from there, and the brand went from being an afterthought to an asset. And, what once appeared to be a creative sewage hole turned out to be WWE's fountain of youth.

A steady stream of top level indy performers have been a trademark of the brand, keeping things interesting for even the smartest of fans. The NXT loyals often speculate about who is coming to developmental in the future, and how they will fit in. The constant 'newness' and re-mix of talent makes the atmosphere there feel eternally young.

The NXT setting plays a huge part in its success, as well. The performers seemingly always have a 'home game', wrestling in front of crowds that are self-conditioned to root for their success. The audience, whether they realize it or not, take ownership in the WWE prospects, and almost feel like they are part of the progression of their careers. They respond to talent and potential, and management is smart enough to let the stars of NXT try to live up to those expectations. 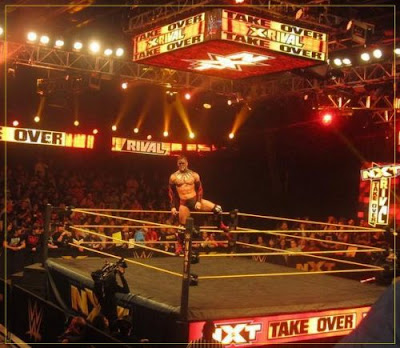 The visuals are brilliant, with the house lights dimmed, and while the crowd may not be seen, it's definitely heard.

It's an emotional, yet educated, audience. In other words, if you could take the old ECW Arena, clean it up, and give it a shower and a shave, it would look a lot like Full Sail in Orlando.

Now having fully matured, NXT draws constant, rave reviews. So much so, that last weekend's show in Philadelphia was thought by many critics to have outshined WWE's Royal Rumble the next night.

And that's saying a LOT... because the Rumble was loaded. 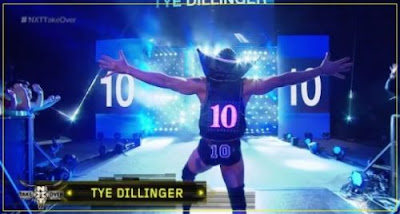 Still, it's hard not to notice that every TakeOver event seems to only shine a light on how stagnant the supposed major league product can be.

While NXT is slick, quick and constantly fresh, RAW and Smackdown seem to always be bogged down with the same old names.

And, when talent eventually moves on, it's no matter. The very nature, the very set-up, of NXT is that the fans actually expect to lose their stars. They're not upset; they actually thank them on the way out the door. Then, they turn around and embrace a whole new crop.

In many people's eyes, there's nothing 'minor' about WWE's minor league baby. NXTs roster is brimming with talent. It's heavyweight championship is actually coveted more than some supposed 'world titles' and is considered one of the steppingstones to wrestling greatness.

It's like NXT can't lose now - sitting behind the wheel, cruising the strip, and waving at all the pretty girls.

In comparison, WWE is the older sibling who has now graduated, but awkwardly still wears his lettermen's jacket. In the meantime, NXT has skipped right past the child's play, and in its own, petulant way, it's showing up the big boys. 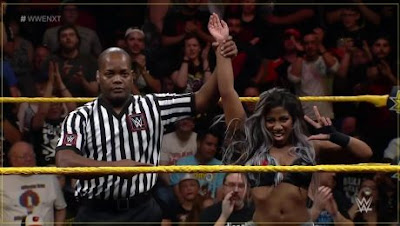 He's all grown up now, and in some ways, he's a lot cooler than his big brother. And, every now and then, you MAY want find yourself just wanting to hang out with him, instead.

And that's okay... After all, we all gotta grow up sometime. Just like NXT did. 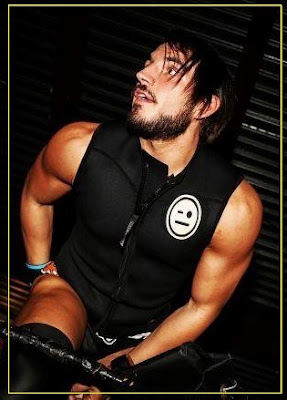 Ryan K. Boman is the Editor in Chief of TheGorillaPosition.com and a freelance writer whose work has appeared in The Miami Herald, SB Nation, and The Southern Illinoisan.  He can be reached at ryan_k_boman@yahoo.com