Welcome to another round of WWE Predictions here at Enuffa.com! 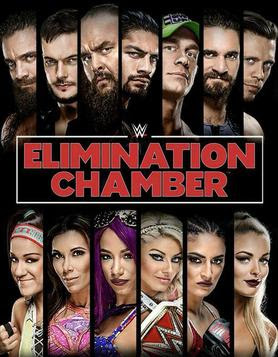 Shockingly WWE pulled off a pretty damn good Royal Rumble last month, delivering two very strong Rumble bouts (the men's match ranks very high on my all-time Rumble list) and a solid undercard to boot.  Let's hope they can keep the creative momentum going.  With Vince focused on relaunching the XFL (I still can't believe it) it really seems like Triple H and Steph have taken a bigger role in putting together these shows.  The Rumble PPV seemed to be missing Vince's fingerprints, as did this week's RAW which included a 107-minute gauntlet match (Vince Russo's head must've exploded - he coulda fit 15 Something-on-a-Pole matches into that window).  This Chamber show has a lot of potential despite the overcrowding of the men's Chamber and the silly booking leading to it.  I have fairly high expectations for both of these matches.

So let's get down to bidness... 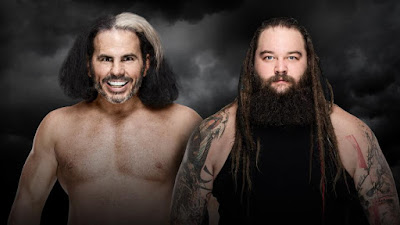 This match was already given away on free TV a few weeks back, so the first-time aspect is gone.  I haven't seen much at all of Matt Hardy's resurrected TNA persona, but from what I've read WWE has completely fucked it up.  Yet another reason why scripted promos don't work.  Just let the guy do his thing for Chrissake.  Nothing much at stake in this match, both guys are kinda treading water.  Hey, whatever happened to the Sister Abigail character?  Wyatt was supposed to debut it last fall but he got sick and was pulled off the show, and they just forgot about it after that.

Justin: It literally does not matter who wins this.  I'm guessing both guys get thrown into the Andre Battle Royal at 'Mania, so who cares?  Bray won the match in January so I'll pick Matt here.  50-50 booking....
Dan: Woken.  They done fucked this feud up already though.
Landon: IT'S 50-50, MOTHERFUCKERS.  Matt wins.
Dave: No idea.  Sister Abigail.  (Matt, whatever) 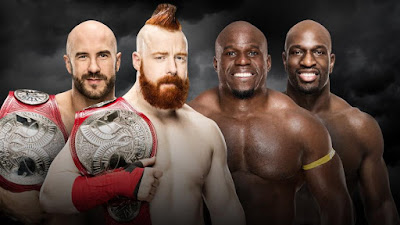 Not sure what Titus and Crews did to earn a title shot, but whatever.  I'm glad Cesaro and Sheamus are on the card at least.  With Jason Jordan on the shelf and that feud now finished, I have no idea what the plan is for The Bar going forward - probably a multi-team match at 'Mania again.  Regardless, C&S just won back the belts so they ain't losing 'em here.

Justin: The Bar retains
Dan: The Bar
Landon: The Bar
Dave: The Bar 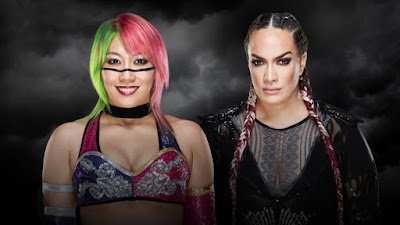 The stipulation here is that if Nia wins she gets added to Asuka's WrestleMania match for the RAW Women's Title.  Only problem is Asuka hasn't confirmed which title she's going for.  So what if Nia wins and then Asuka's like "Nah, I'm gonna fight Charlotte instead?"  This should all be moot, since ending Asuka's streak here would be the stupidest thing ever.  But I wouldn't put it past them either.  I'm guessing Asuka wins here, decides to challenge Charlotte, and Nia gets the shot at Alexa Bliss anyway by winning some kinda #1 contenders match on RAW.


Men's Elimination Chamber: Roman Reigns vs. John Cena vs. Braun Strowman vs. Seth Rollins vs. Finn Balor vs. The Miz vs. Elias 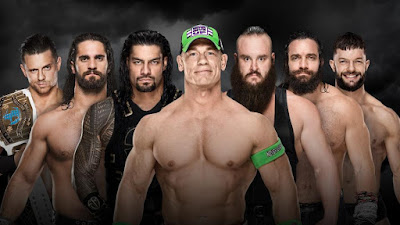 Which one of these men doesn't belong?  Hmmm....  I don't get the seven-man deal, it's totally goofy.  Whatever, there's enough good talent in this match that it should be quite enjoyable.  Like I said HERE I imagine Seth, Finn and Miz all start the match at the same time since Miz lost a match to determine the #1 entrant and Seth and Finn backdoored their way into this.  This is all gonna come down to one of two guys.  We know Cena, Miz, Elias, Finn and Seth are not facing Brock Lesnar at WrestleMania.  It's simply not happening.  I am happy they gave Seth a huge run in that gauntlet match though; he's right back in the top tier again.  But he's not getting Brock.  It's either Braun Strowman or Vince's favorite.  The smart money's on Roman, who would now be main eventing his fourth WrestleMania.  Blah.  Personally I think Brock vs. Braun in a total car wreck of a match would be way more fun.  But whatever Vince wants, he generally gets. 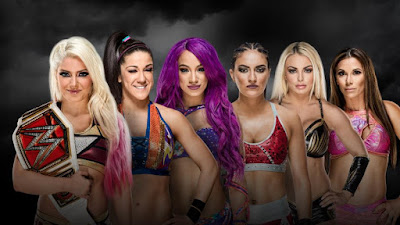 Since the women main evented the Rumble I could easily see them doing the same here.   This match has way less star power than the men's match but the novelty of seeing the women in a Chamber for the first time should make it a spectacle.  Like the men's match though, only two participants could possibly win this.  Mandy and Sonya are newbies and have zero chance.  Mickie is a veteran and will help carry the bout, but she ain't winning either.  The company has soured on Bayley, which is unfortunate since her failure to get over on the main roster is 100% their fault.  That leaves Sasha and Alexa.  Sasha gave a tremendous Rumble performance and will likely do the same here; I'm guessing she's one of the first two participants.  I'm also thinking they kick off her main roster feud with Bayley in this match.  Which means Alexa escapes the Chamber with her championship, likely to face her buddy Nia Jax at 'Mania. 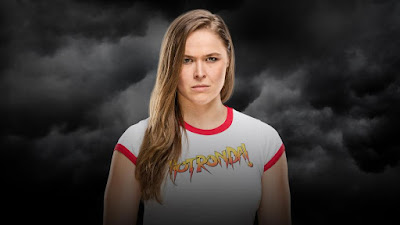 This show will also feature Ronda Rousey's official contract signing (I hate when they do these segments), which I'm sure will lead to some altercation with Stephanie, which will then lead to a WrestleMania match.  Supposedly the plan is Steph and Hunter vs. Ronda and a male partner.  Could be Angle, could be Cena.  Almost certainly won't be The Rock like Vince wants, but who knows?


Anywho, this show should be fun stuff.  I could see them adding The Bar vs. someone for the tag belts, but as of now it's only the four matches.  So enjoy!