Welcome to a new feature called Mass Music Review, where Chris Gillespie, nephew of our own Dan Moore, takes a look back at some of the influential bands to come out of Boston.  Today it's Mission of Burma! 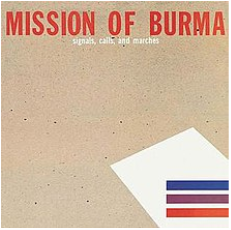 The debut release of Boston band Mission of Burma, the EP Signals, Calls, and Marches has quite the legacy in rock music, as everyone from Pearl Jam, Nirvana, R.E.M., Sonic Youth, and even Fugazi cite the band as an inspiration. Many critics laud it as a landmark in alternative and indie rock, citing its heavy instrumentals harkening to hardcore punk accompanied by thoughtful lyrics and musical sophistication not traditionally found in the fast and loud punk bands littered throughout America at the time (1981, to be specific). The EP features two of the band’s most commercially accessible songs: "That’s When I Reach For My Revolver" and "Academy Fight Song," along with underrated songs like "Max Ernst" and "Fame And Fortune."


Mission of Burma began as a trio with Roger Miller (guitar), Clinton J. “Clint” Conley (bass), and Peter Glen Prescott (drums) in 1979, with their first show being on April 1st of that year at the now-closed Modern Theater. Later that same month, Miller wrote a new song that he believed would be improved by a tape loop (loops of magnetic tape used to create repetitive, the rhythmic musical patterns or dense layers of sound when played on a tape recorder) and contacted Martin Swope, with whom he had previously written some pieces for piano and tape. This led to Swope contributing to the band’s music more and more until he was considered an integral part of the band, receiving equal credit on the group’s recordings and appearing in group photographs along with the trio.

The band received a lot of help and support from the city, with local magazine Boston Rock printing a lengthy interview with the band prior to the release of their first record and MIT’s community radio station WMBR playing their song “Peking Spring” repeatedly in 1979 until it became their most played song of the year. The band even planned to release the song as a single but felt it had run its course by the time they had signed to Boston-based record label Ace of Hearts in 1981.

After signing with the label, the group released their first single “Academy Fight Song” written by Conley, with the Miller-penned “Max Ernst” (named for the painter) as the B-Side. The production on the single was much more refined and cleaner than the ragged and chaotic live performances of the band. Initially, they objected to such a drastic change but changed their minds after the single’s first pressing sold out quickly. By the end of that year, the EP would sell out its initial pressing of 10,000 copies. 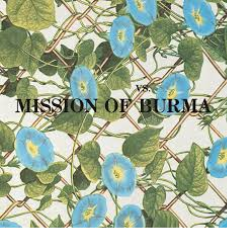 The following year came their first full album, Vs.. Unlike Signals, Calls, and Marches, Vs. was deliberately attuned to the chaos and pure noise that characterized MoB’s live performances. With Martin Swope's presence the album also featured much more in electric and tape sound effects than the group’s previous material. Despite the noisier sounds made radio play less likely, the album itself  received positive reviews from critics for its power, ambition, and the maturation of the band itself.


Unfortunately, Miller’s growing hearing problems caused the group to disband in 1983 following his worsening tinnitus, attributed mostly to the aforementioned incredibly loud live performances. It was apparently so bad that Miller was forced to switch his traditional small foam earplugs to rifle-range earphones while onstage. Despite being defunct, the band’s fan base grew during the 80’s and 90’s due to reissues and unreleased recordings finding their way to new a generation of listeners. They were also included in author Michael Azerrad's book Our Band Could Be Your Life: Scenes from the American Indie Underground, 1981–1991, marking them as an iconic band in the American indie rock scene.


After silence for the better part of two decades, Mission of Burma reunited (sans Martin Swope) in 2002 and have been touring and recording ever since. Replacing Swope with Bob Weston (who Prescott had known from his band following the breakup, The Volcano Suns), the group has released 4 albums since reforming: ONoffON (2004), The Obliterati (2006), The Sound the Speed the Light (2009), and most recently Unsound (2012).


The band’s legacy, both to the city that gave them their start and the rock scene that they left a lasting impression on, will live on for years to come. Especially now that every October 4th is officially “Mission of Burma Day” in the city of Boston.