New Japan's PPV schedule is becoming a lot like WWE's, with too many events slated right on top of each other.  I know their top revenue driver is live attendance, but jeezus guys. 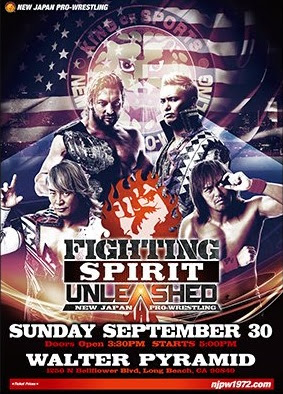 Anyway, coming off of three Destruction shows featuring a couple ****1/2 main events, it's another visit to the States, as New Japan returns to the Walter Pyramid in Long Beach for Fighting Spirit Unleashed!  Seems a bit hasty to already be back, and ticket sales are reflecting that a bit.  But hopefully they'll get a decent turnout in the end.

The show itself looks pretty fun, with a couple title matches, the second Jr. Heavyweight semi-final, a great on-paper tag team main event, and a slew of multi-man tags as usual.  So let's get to the picks.... 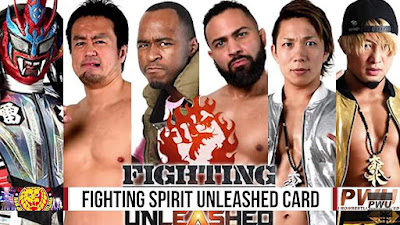 Man, when is RPG3K gonna win back those Jr. Tag belts?  The hell's going on with those straps?  Anyway this should be a fun little opener that will hopefully give Sho and Yoh a win to get them back into contention.  It'll be short but energetic. 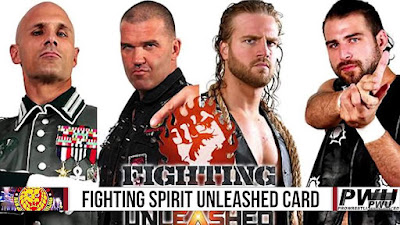 The first of a handful of guest spots on this card, it'll be interesting to see Daniels & Kazarian on a NJPW show.  Again, this should be a fun tag bout with solid work all around.  Page vs. Daniels should be an entertaining pairing.

Justin: I'll go with the Addiction
Landon: Page and Owens 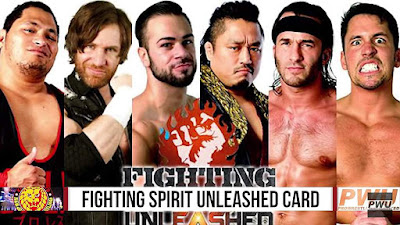 Cobb vs. Goto is the money match here, but Sabin and Gordon should have some nice exchanges with Beretta and Chuckie as well.  I'd say this could set up a Goto-Cobb NEVER Title match, but they had to go and give that belt to Taichi of all people.  The fuck?? 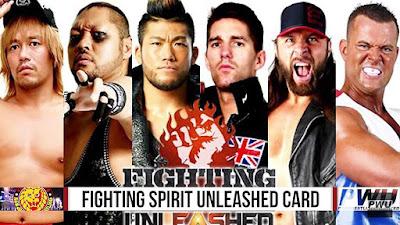 I like this six-man a lot actually.  Should be some great action to continue the LIJ-SG feud.  Naito vs. Sabre at KOPW would be a welcome undercard match if they decide to go that way. 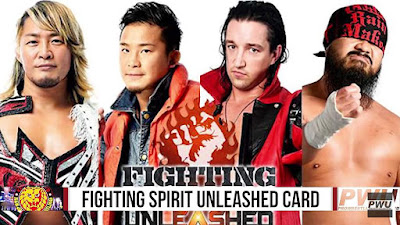 Here's the first big match of the night, thanks to the show-closing Jay White angle at Destruction.  White is getting a gigantic heel push, presumably challenging Tana for the briefcase at KOPW and then facing Okada at the Dome.  And the bastard even stole Okada's manager.  That there is a scoundrel.  This should be heated to say the least. 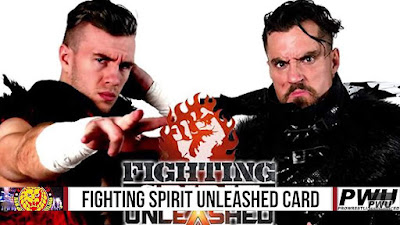 It's the two perennial English rivals going at it once again.  These guys can't have a bad match, so this will likely be a potential show stealer.  Kushida has already qualified for the finals on October 8th.  I'd say Ospreay should probably win here to make for the biggest possible final.

Justin: Will Ospreay
Landon: Scurll for a new matchup for the Jr. Title 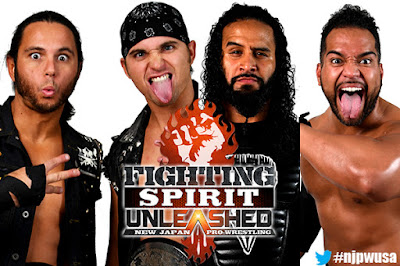 It's the Bullet Club vs. the Firing Squad finally.  Another heated match between former allies, this should be heavy on storytelling and chaos.  The Bucks should keep the titles longer I think, probably till the Dome. 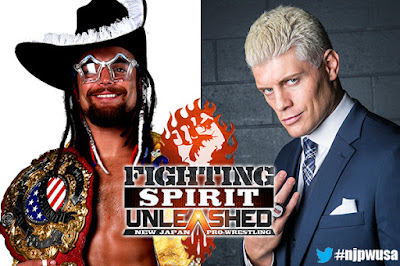 This match was previously assumed to be the main event until the tag match was added at the last minute.  Juice has been killing it this year, and Cody has really come into his own as an old-school main eventer.  His NWA Title win was an excellent 1980s style title match.  I imagine this match will have a similar feel, except Cody's gotta be the heel here, right?

Justin: I could see Cody taking this to become a double champion
Landon: Double DQ or a No contest. Cody can't lose as the new NWA champion if the NWA wants their company to actually mean something, and a loss possibly kills Juice for at least the next few years. Something happens where no one loses. 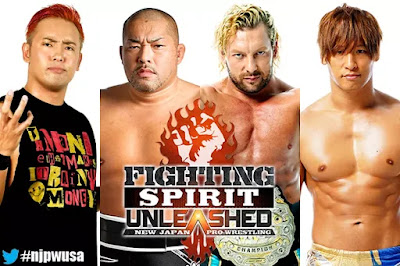 
That's your latest Long Beach lineup.  Looks like a very fun, easy-to-watch show.  It is odd this is happening a week before the fall's biggest PPV though.  We still don't have a card for KOPW.  Cuttin' it close, aren't ya fellas?