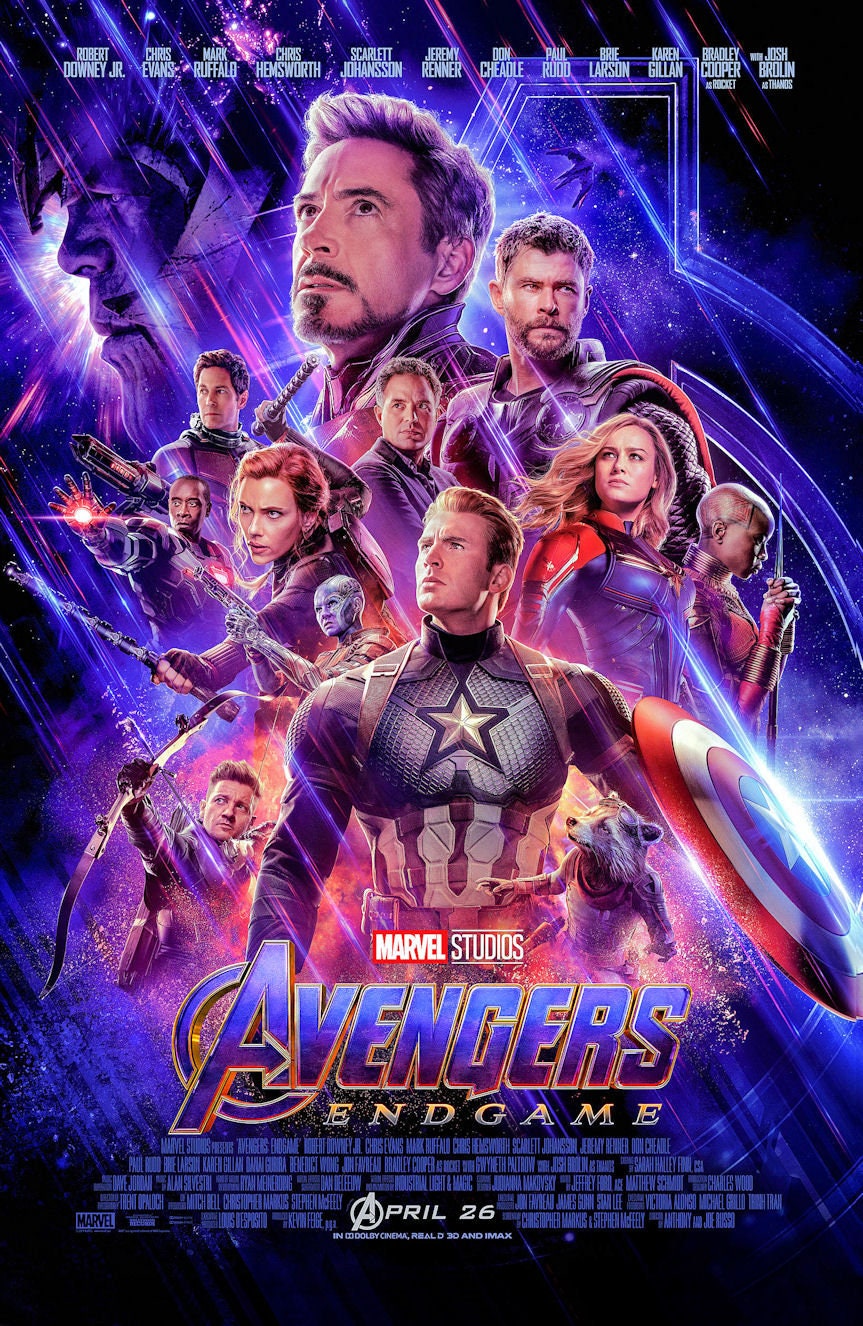 Lotta stuff to unpack from Avengers: Endgame.  It's a complicated case, Maude, lotta ins, lotta outs, lotta what-have-yous.  The fourth, and I guess presumably last, Avengers film is a packed-to-the-gills denouement bursting with action, emotion and what would be called, in a lesser film, fan service.  I prefer to think of it as fan rewards; Endgame has so many little nods and story thread resolutions to the previous 21 films in the MCU, it manages to simultaneously be a broad crowd pleaser while also catering to the Marvel die-hards.  It's also the shortest three-hour film you'll ever sit through.

I'll keep this review as spoiler-free as I can.

Endgame picks up just after Infinity War left off - Thanos has just wiped out half the universe's population and our remaining heroes are trying to figure out a way to undo it all.  But things progress quite contrary to expectations, basically throughout the film.  Forget everything you expected was going to happen and just enjoy the ride.

Where Infinity War had literally dozens of characters vying for screen time (and somehow directors Anthony and Joe Russo and screenwriters Christopher Markus and Stephen McFeely made it work), Endgame's cast is stripped down and thus there's much more room for character moments and payoffs; the focus is fittingly on the original six Avengers.  The two films together play out like an epic double album, not unlike Tarantino's Kill Bill in some ways.  The first half was full of action and inciting incidents, while the second zoomed in on character arcs to give the first half more meaning (I'm excited to watch them back-to-back).  Tony Stark and Steve Rogers get the most screen time and dramatic heft, but Black Widow and Hawkeye surprisingly get a ton of room to shine as well, and Bruce Banner/Hulk and Thor's respective character arcs take unexpected turns.

But the show stealer may be Karen Gillan as Nebula, who in the first Guardians film could've easily just been a nothing henchwoman but has over four films become the most shockingly complex unlikely hero in the entire series.  Nebula's reluctantly erring on the side of compassion and ongoing struggle with her choices vs. her instincts has made her an absolutely fascinating piece of the puzzle, and she finds herself confronting that very dichotomy here.  Kudos to both James Gunn for writing her that way in the first place, and Markus/McFeely for seeing it through.

There's obviously no shortage of epic action on display here but like most of the MCU films before it, Endgame makes it all meaningful, continually giving us new and compelling reasons to care about these characters and their battles.  At least four or five times I found myself getting choked up by an action scene moment, in that "How cool is this?" kinda way.  And of course the film has numerous emotional beats and bittersweet touches; I'm not sure any other comic book film has ever been bursting with so much sentiment.

Avengers: Endgame is the culmination of an eleven-year journey that began modestly with an Iron Man origin film; that this $20 billion (so far) empire was spawned from a relatively small-scope movie about an at-the-time third-string Marvel character is truly astounding.  Talk about building a brand - Endgame's opening weekend domestic gross eclipsed Iron Man's entire US run by $32 million, while its worldwide box office more than doubled Iron Man's!  The Marvel Cinematic Universe is an astounding achievement from a staggeringly sure-footed company.  Even some of its early lesser output is entertaining at worst, and still meaningful in the bigger picture (The Dark World of all films is referenced in this one).  Endgame isn't the last MCU film but it does feel like well-earned grand finale whose scope and spectacle won't likely be topped anytime soon.