Welcome to another round of PPV Predictions, here at Enuffa.com! 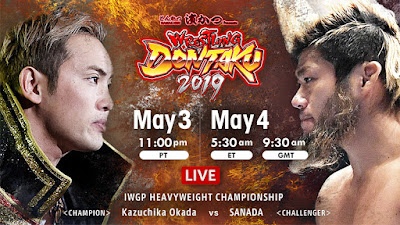 This Friday and Saturday are the annual NJPW Wrestling Dontaku two-night event, one that should have Dominion implications!  As always there are multiple tag matches making up most of the lineups, with a few major bouts headlining.  So we'll preview the really important stuff.  Let's get to it.

This match is taking place on both nights so we'll pick winners for both bouts here.  Whole lotta talent in this match and both incarnations should be high energy AF.  Ibushi is either moving on from his Naito feud after this or they'll have a rematch at Dominion, I'm not sure which.  Either way they always deliver when they're together, maybe too well for either's safety.  I'm gonna say the two teams split these two matches. 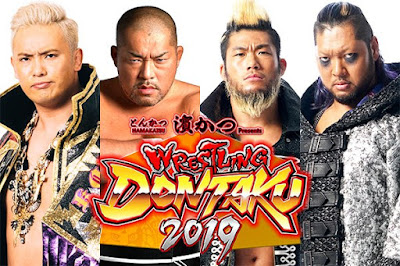 The IWGP Champ and his stout buddy Ishii deliver a preview of their respective Night 2 singles matches against Naito's two senior henchmen.  This should be an excellent tag match to build to the second night.  I'll go with LIJ to win here. 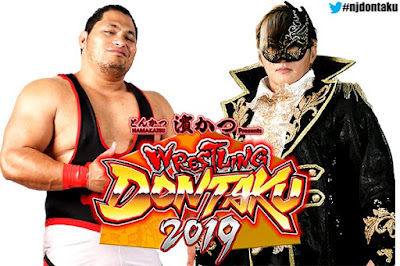 Oh good, New Japan's answer to Baron Corbin (the crappy worker no one likes who keeps getting big matches) challenges the new NEVER champ.  I'm not expecting much out of this, but maybe Cobb will carry him through a good outing.  Cobb just won the belt so he pretty much has to retain here. 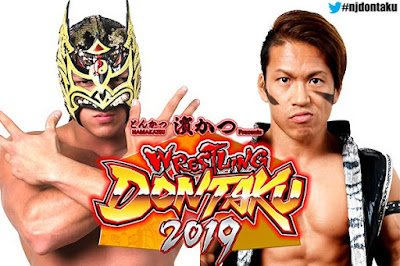 The Night 1 main event should be a classic Jr. match and lead us nicely into the Super Juniors tourney.  Lee also just won his title so I can't really see it changing hands already.  But this will be a helluva main event.

I have to think this ??? is the same one from BOSJ that turned out to be El Phantasmo.  This should be a ton of fun and a nice preview of BOSJ.  I'm actually kinda surprised Ospreay is staying in this division.  I hope by the summer he officially moves up so he can be in the G1, as he would guarantee a ton of great bouts.  Anyway, with Phantasmo debuting here I can't see his team losing.

This will be a great slugfest.  I imagine the winner gets some sort of title shot, maybe against Jeff Cobb?  Either match could be excellent.  I have no problem with watching Ishii and Evil beat the bejeezus out of each other; this match will fly by. 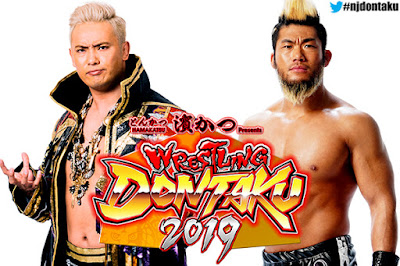 It's a New Japan Cup finals rematch as the legendary IWGP Champ has the first title defense of his fifth reign.  These two have had very good matches together but for me haven't yet delivered that blowaway main event.  Perhaps this will be that match.  I can't envision a scenario where Okada drops the title without any successful defenses first, so there's not a lot of suspense here.  But the match should be quite good.


Dontaku being split into two nights has unfortunately guaranteed neither will ever be a stacked card, but as a two-night collection of matches it should be fun.  By the end we should have a good picture of what Dominion looks like.

Posted by Justin Enuffa Ballard at 10:12 AM