Big goings-on in New Japan these days, not the least of which is this Sunday's Dominion card!

The Best of the Super Juniors tournament came to a close on Wednesday, and for the second time Will Ospreay has emerged victorious, unseating the previously undefeated Shingo Takagi, who swept all nine of his regular tourney matches.  So Shingo is the 2007 New England Patriots then.  Not to be outdone however, the debuting Jon Moxley made huge waves by capturing the IWGP US Title from Juice Robinson, becoming the first man to hold both the WWE and IWGP versions of said championship.  Both guys have compelling matchups on the Dominion card, but there's a whole lot more to boot.  Let's get to it. 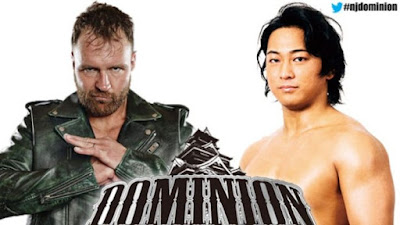 What a strange placement for the US Champ, in a last-minute opener against the most promising current Young Lion.  But if given time this should be pretty great.  Umino of course had a fantastic New Japan Cup showing against Hiroshi Tanahashi, and this match almost feels like an after-the-fact audition for Moxley in a way.  Now that he's proven himself against another gaijin/NXT alum he'll get a real taste of native New Japan opposition. 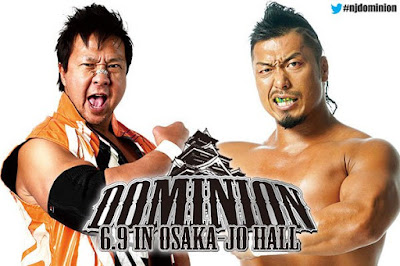 Another strange undercard match that should nonetheless be fun pits BOSJ runner-up Shingo against veteran Kojima.  I wonder if this means Shingo will be moving up to heavyweight; he is after all massive compared to the other Juniors, and his stablemate Takahashi is returning soon.  Even better, maybe he'll be in the G1.  Seems like another audition of sorts to me.  But I expect a fine bout. 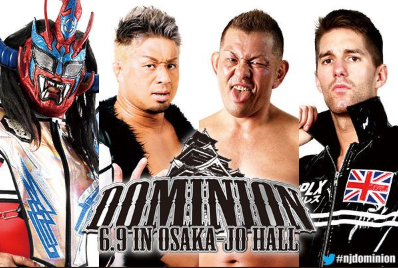 This one seems like just something for SZGN to do before the G1 gets started.  Sabre in particular needs to challenge one of the big singles champs after this. 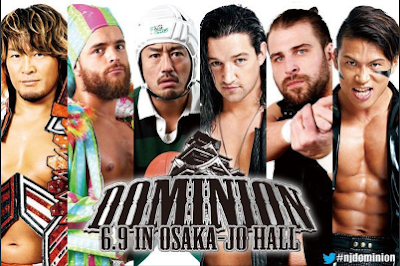 The lone six-man match on this card pits the White Meat Babyfaces against the Bullet Club.  White is coming off a big win over Tana, and I expect we'll see them clash again in the G1.  So this is basically a tease for that.  Robinson will undoubtedly get a rematch with Moxley in the next few months but in the meantime he'll mix it up again with Owens, against whom he defended the US Title a couple months ago.  And of course Tagushi and Ishimori will provide the Jr. action. 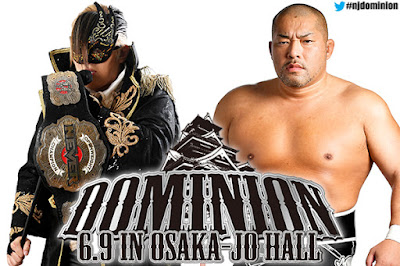 Ideally Ishii should steamroll this prick.  But I dunno if I see the NEVER belt changing hands yet again.  Is Taichi gonna be in the G1?  Because I kinda hate that idea.  This match will be a real test for Taichi.  If even Ishii can't get a good match out of him, he officially stinks. 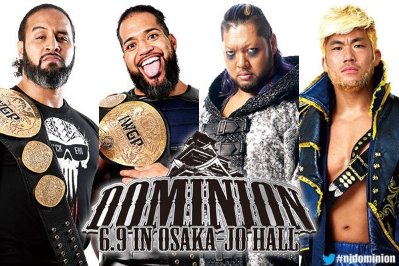 We've seen this one several times before but these guys always deliver and should do so again.  Kinda seems thrown together this time as something for them to do though.  I'm curious why this wasn't announced weeks ago since none of these four were involved with BOSJ.  I feel like we could see a title change just for the sake of it, but who knows?  Should be good.

Justin: LIJ
Landon: GOD. Tama's stated he doesn't want in the G1, so let him not be in it and be tag champs. 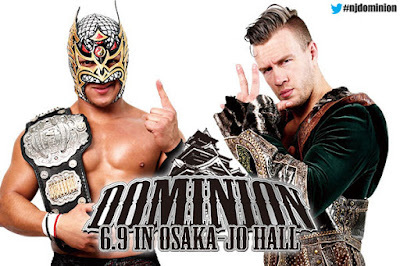 Will has been on fire in 2019 and seems to be on a mission to usurp Okada as the most acclaimed wrestler in the world.  He's on record as vowing to steal the show on Sunday, and I wouldn't put it past him.  Ospreay also stated his intention to wrestle in both weight classes, which I seriously hope means he'll be in the G1 this year.  Oh man....  This match will be a classic. 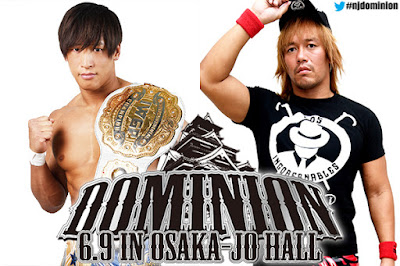 Ospreay and Lee will likely be competing with this bout for Match of the Night honors, as Ibushi-Naito is always a spectacle.  Their bout at G1 Supercard did in fact steal the show in my estimation, so I wouldn't be surprised if that happens again.  Ibushi and Naito were seemingly tailor-made to fight each other.

Justin: I have to think Naito finally gets a win over Ibushi to regain the strap
Landon: Naito. Please don't die. 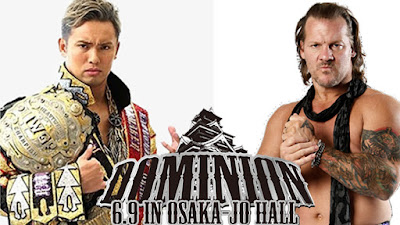 We're finally getting this dream match and I couldn't be happier.  Jericho has momentum coming off his upset over Kenny Omega and will be in contention for the AEW Title, but imagine if he goes into that match as the IWGP Champion.  There's basically zero chance of that, but just imagine it.  This will be a classic old-school kinda main event, with the gallant megahero facing the ruthless bastard heel who cheats a lot.  I love that multiple top AEW guys are still working with New Japan and I hope Kenny joins that company.  It basically has to lead to a NJPW/AEW partnership of some sort, which would be stellar for both groups.


Well this is certainly a pretty stacked show with tons of potential.  On paper it isn't as strong as WrestleKingdom 13 was, but I could see it equaling or even surpassing it if the chips fall the right way.