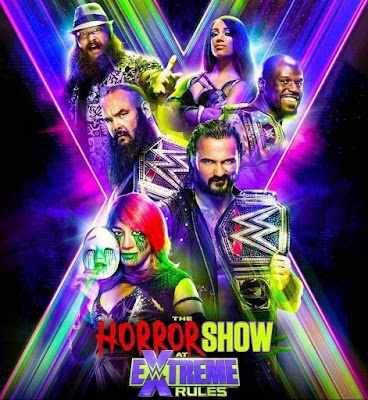 This Sunday is an Extreme Rules PPV that apparently doesn't have any Extreme Rules matches but has a Swamp Fight and an Eye for an Eye match, which can only be won when one guy pulls another guy's eye from its socket.  Somewhere Vince Russo is taking a victory lap.  WWE's solution to putting on wrestling shows without a crowd really is, I guess, to just get rid of the wrestling and make "movies."  Also why is the color scheme for this "horror show" neon green and purple?  Shouldn't it be red and black?  Ya know, HORROR-type colors?  This lineup feels so WCW 2000.

Ugh, let's get this over with.


US Championship: Apollo Crews vs. MVP 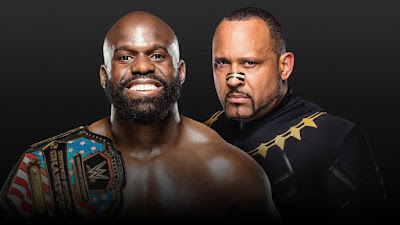 One of the worst things about Paul Heyman being replaced by Bruce Prichard as RAW's creative head is Prichard's inexplicable need to push guys who peaked 12-13 years ago, hence the 46-year-old MVP getting a title match, on a PPV, in 2020.  This guy hasn't been relevant since 2008, and he's not the only irrelevant title challenger on this card.  And why the fuck is Randy Orton feuding with Big Show?  In 2020?  Christ, it's not like WWE was lighting up the ratings in 2008.  The way forward is, well, FORWARD.  Anyway, I would hope WWE has the sense to keep the belt on Crews here. 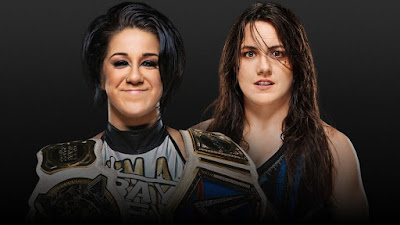 Bayley and Sasha are obviously on a collision course (only four years after both were called up), so this is a filler match to keep Bayley busy till SummerSlam.  Nikki is a solid worker and a fun character but she's obviously not winning the belt here. 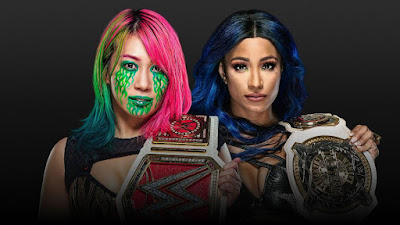 This is the one match on the show I have any interest in.  Asuka is amazing, Sasha is great (God I hope she jumps to AEW next year), so there's no reason this shouldn't steal the show (especially with this lineup).  It's possible they have Sasha win this title so she and Bayley can be the Two-Woman Power Trip and fight each other for both belts later, but I dunno if they'll do that so soon after Asuka won it.  I'll go with Asuka to retain, possibly due to botched interference from Bayley.


Eye for an Eye Match: Seth Rollins vs. Rey Mysterio 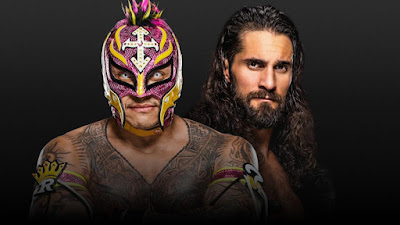 Jesus Christ this is stupid.  I've said it many times, but in wrestling you can't book a match/angle that involves real-world serious injuries or death.  It cheapens the whole idea of a regular wrestling match as a way to settle a feud.  If pulling someone's eye from their head is legal here, why wouldn't everyone try to do it to their mortal enemy?  Sure, you'd be disqualified, but that's a slap on the wrist compared to what would happen to you in the real world.  It's like the time Steve Austin forklifted Triple H inside a car and dropped it twenty feet, and Hunter showed up the next night virtually unscathed.  Or when Hulk Hogan crashed a semi truck into an ambulance while The Rock was inside.  Or when Braun Strowman got put into a garbage compactor.  These are all incidents of attempted murder.  You can't go back to a wrestling match meaning anything after you've booked an angle that should've killed someone.  So for this shit show are they hiring Tom Savini to do the eye extraction bit?  And hey, I thought Vince was against "blood and guts."  Wow, it's almost like he has no principles whatsoever.  What's sad is I'd be interested in watching these two just have a regular wrestling match.  Rey is apparently working without a contract?  Might be a good time to exit stage left.... 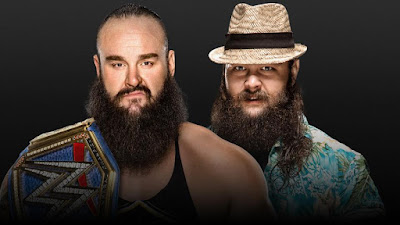 This is also stupid.  I hate WWE movie matches.  Wyatt is back to his original cult leader character for this, and it's non-title.  Boy do I not give a shit about this. 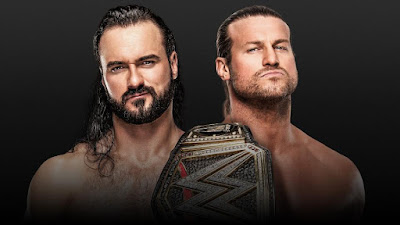 Look, I know these two used to be buddies but that was two years ago.  Why is Ziggler of all people being positioned as a WWE Title challenger in 2020?  You buried the guy up to his neck for a decade, you can't expect us to care about him now.  WWE is just a revolving door of people they've forced us to stop investing in.  "Hey look everyone, Ricochet's getting a push, this month only!  Next month it'll be Cesaro!"  Professional wrestling doesn't work without new stars constantly being created and pushed with consistency and a plan.  WWE without stars is just SNL.


This is yet another WWE offering that makes me not regret canceling my subscription.  Since WrestleMania I can confidently say I haven't missed any essential WWE viewing.  I really hope this company gets their shit together.  I'd love to welcome them back into my life.  But like a bad ex, they keep affirming why I walked away in the first place.


Posted by Justin Enuffa Ballard at 10:20 AM