This list is in response to Jingles' ri-GODDAMN-diculous list from the other day. There are no parameters here. Anything that’s been in the movies or on TV that has burned some piece of it into your eyeholes is allowed. Because this is America. Also, Just Friends will be nowhere near this list because FOR FUCKSAKE it’s Just Friends. Neither will It's a Wonderful Life because I’m not 92.  (JB Note: I'm still not sure why my picks bother you so much, but whatever-the-fuck-ever.) 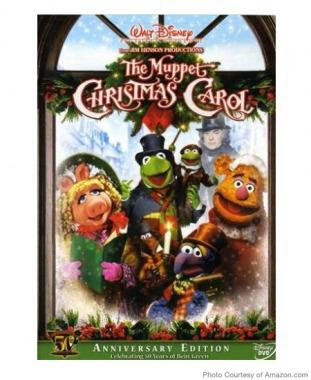 Kermit and the gang’s version of Charles Dickens classic is goddamn HILARIOUS. Filled with very adult-themed jokes (the first ghosts are Jacob & Robert Marley...think about it), a few decent original songs and a fine turn as Scrooge for Michael Caine. Featuring all your favorite Muppet characters, this one’s a keeper.


8. How The Grinch Stole Christmas 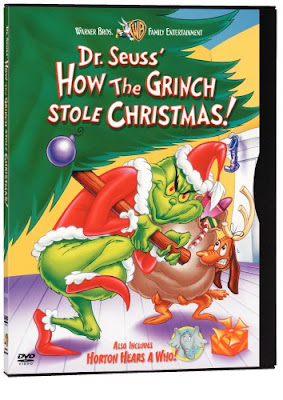 A true television classic, The Grinch is a must watch each Christmas. Excellent animation by the master Chuck Jones and beautifully narrated by Boris Karloff, this one also contains the great song “You’re a Mean One, Mr. Grinch”, sung by Tony the Tiger himself, Thurl Ravenscroft. The Grinch is a personal favorite of mine as every year when I was a kid, my Nana would read the book to me and my brother and sister on Christmas Eve. The cartoon is great, but I think Nana did the voices better. 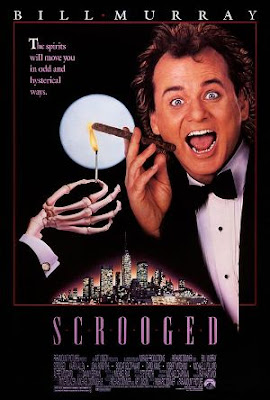 Snarky Bill Murray at his finest. As the head of a cable company, Murray plays Frank Cross, and man what a marvelous prick he is. This take on A Christmas Carol is fantastically hilarious. And it has one of the greatest fake movie commercials I’ve ever seen. 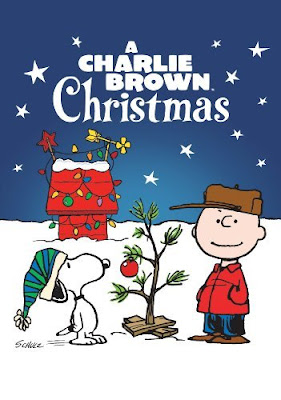 The cartoon that launched a thousand dance moves, this television special is also one of the few major network shows to specifically make the Christmas and Christianity connection front-and-center. A true rarity then and even moreso now. Watching Charlie Brown fret about the true meaning of Christmas and how he’s disgusted at the commercialization of the holiday is especially significant these days. 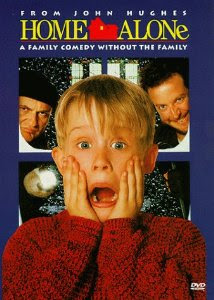 The story about awful parents leaving a child behind at his house all alone for the holidays while the same latchkey kid tries to straight up murder a pair of felonious criminals doesn’t sound as Christmasy as it should. But once you see an iron fall onto Daniel Stern’s face and hear his screams, you’ll think it’s beginning to look a lot like Christmas. 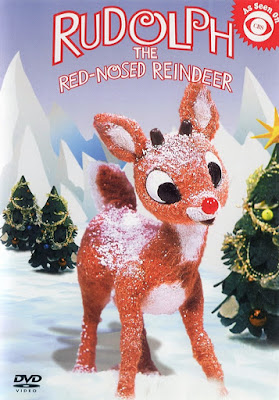 Another awful-sounding synopsis: a young deer is derided by his peers because of a handicap and is only accepted by these same scumbags when they need to use him for their own greedy reasons. But I watch it every year. I still don’t know why Bumbles bounce. It’s a question best left to the philosophers I suppose. 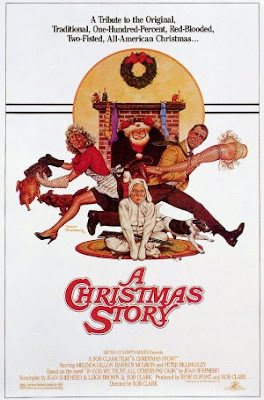 As a child, this one was a favorite of my family’s. I recall watching this at my Aunt Patty’s house and my cousin John, being the older degenerate male cousin, used to repeat one line over and over again: "Only one thing in the world could've dragged me away from the soft glow of electric sex gleaming in the window." I’m convinced he said it repeatedly because it allowed him to say sex again and again. But that’s part of the charm of this eminently quotable Christmas Classic. So many famous lines and hilarious scenes. It’s on all day during Christmas and my television is always showing it that day. 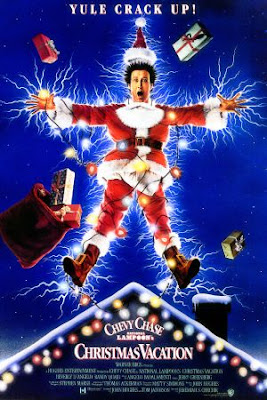 The Griswold family Christmas. A tradition like no other. Giant trees that don’t fit in houses. Moose shaped eggnog cups. Shitters being full. Yes, the laughs come fast and furious in this flick, probably the best of all the Vacation movies. Chevy Chase nails the exasperated, desperate and ANGRY father role here. Clark Griswold is truly the character this man was born to play. 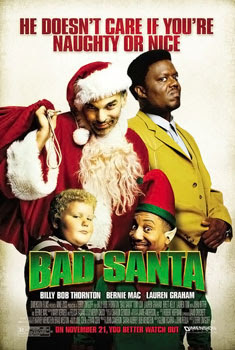 Without a doubt, the funniest Christmas movie I’ve ever seen. Billy Bob Thornton plays the truly disgusting Bad Santa of the title, and he does it with gusto mine eyes have rarely seen. He’s gross, misogynistic and truly a terribly person. And the laughs just keep on coming. There really is no way to appreciate his debauchery unless you watch this movie, repeatedly. It’s a tour de force of repulsive behavior, spreading Christmas cheer and probably crabs, too. A must-watch every Christmas. It makes you feel all gooey inside, like you’ve drank one too many shots of Old Grand-Dad.

Posted by Justin Enuffa Ballard at 11:03 AM