Nut Up for the New Season of Archer (HEY! PHRASING!) 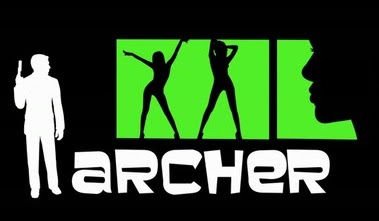 New episodes of the animated series Archer start on March 31st and I for one literally can’t wait for them. Archer is the story of…um, Archer, who was a spy for The International Secret Intelligence Service (ISIS) who then became a drug dealer before going back to spying for the CIA after ISIS was disbanded (moreseo because of the actual ISIS appropriating the name) and who is now a private detective. But it’s so much more than that.

It’s probably the second funniest show on television (1st place goes to another FX program, Always Sunny, which just concluded a stellar season). The animation is excellent. And the voice cast is top notch. Seriously, the group of actors they’ve employed on this show works so well together. They’re all so good that from season to season, I’ve had to pick a new favorite character (Currently, it’s the handicapped homosexual cyborg with a transplanted African American hand, Ray Gillette).


It’s truly the supporting cast that makes this show shine. H. Jon Benjamin is of course great as Archer, but everyone else on this show is so goddamn hilarious you almost forget about him. The show works so well after all these years because the cast of characters act like a bunch of friends hanging out in a bar giving each other shit ALL THE TIME. Not to mention the fact that essentially all the characters have all slept with one another. From Judy Greer as the sexually demented Cheryl to Lucky Yates as the SERIOUSLY demented Dr. Krieger, the one liners and callbacks to previous season jokes fly around as if they’re in some kind of dangerous type zone.


The show has totally changed its premise for the second time in its existence. This model has kept the plots fresh and given the creative team (headed by Adam Reed, who not only voices the aforementioned Mr. Gillette but also created the show) plenty of new ideas and situations to put this crew of morons into. I’ll be checking out the new episodes with a nice new bottle of Glengoolie Scotch. I suggest you all do the same.