Welcome to another round of WWE Predictions, here at Enuffa.com!  It's a busy week since WrestleMania weekend now has two big events.  We'll have two rounds of 'Mania 32 predictions coming in a few days, but first I'll be prognosticating the other major show, which for me is a mortal lock to overshadow and outclass WrestleMania from start to finish.  That show is of course NXT TakeOver! 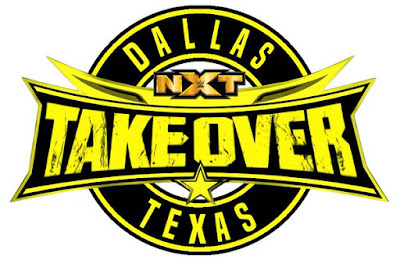 Holy lord this show is stacked.  On paper this should easily be in WWE's top three for the year.  NXT has been such a godsend, from a company that is otherwise running on creative fumes.  Were it not for NXT in fact, it'd be hard for me to justify remaining a Network subscriber right now, so terrible has been the build for this year's WrestleMania.

Fortunately Triple H and his creative team have put together an incredible-looking show for this Friday, which includes two major in-ring debuts and three big title matches.  The NXT brand has grown into a totally viable alternate WWE product by presenting simple, logical, easy-to-follow angles and spectacular in-ring action, and this TakeOver special looks to be a perfect cross-section of that product.  So let's get to predictin'.... 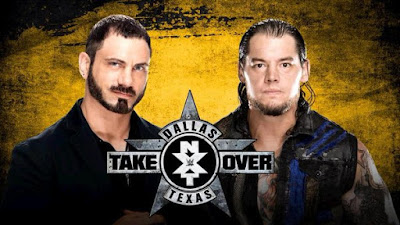 Aries technically made his NXT in-ring debut at a house show, but this will be his first televised match with the company.  This feud is all about revenge, as Corbin beat the crap out of Aries during the latter's first NXT appearance and Aries is looking for payback.  Corbin has been improving in the ring, while Aries is one of the best pound-for-pound workers in the business.  Should be a fine match, though I imagine given the storyline it'll get out of hand rather quickly.

My pick: I think this goes to an indecisive finish of some kind to keep the feud going.  Aries wins by DQ probably. 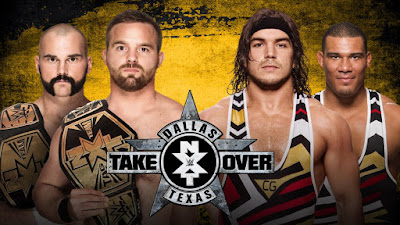 Both these teams are great.  The workrate in this one should be off the charts; think Anderson & Blanchard vs. Haas & Benjamin.  American Alpha has incredible main roster potential if handled correctly.  Both are stupendous between the ropes while also possessing a  goofy charisma.  Can't wait for the fireworks here. 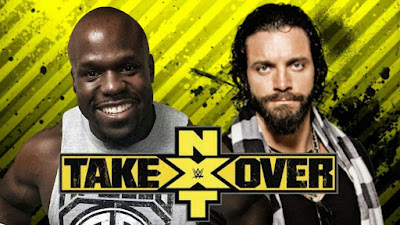 If there's a weak spot on this card, this is it.  I'm not crazy about Samson or his gimmick, but hopefully Crews can get a decent, brief match out of him. 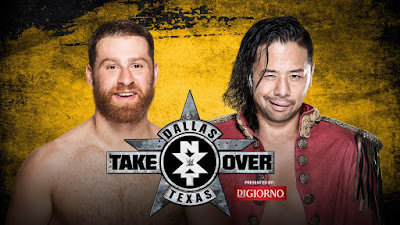 Holy shit this is gonna be great.  I've said it many times; Nakamura is the best wrestler working today, period.  Anyone not familiar with this incredible talent needs to stop what they're doing and look up some of his New Japan matches (vs. AJ Styles at WrestleKingdom 10, vs. Hiroshi Tanahashi at G1 Climax 25, vs. Kota Ibushi at WrestleKingdom 9).  His ring work is crisp, fierce, and totally believable, and the man secretes charisma out of every pore.  As for Sami Zayn, there probably isn't a more likable male character in all of WWE, plus he delivers every time he goes out there.  I'm hoping this gets a good 15 minutes or more, because it'll be incredible.

My pick: Nakamura has to win in his debut match.  I know he's only slated to be in NXT a short while, but I hope we get to see as many big matches from him as possible while he's there.  Then it's up to the main roster not to screw up with this guy. 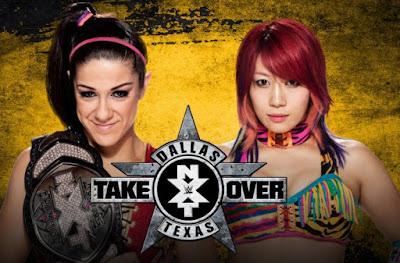 Another potential instant classic, this one pits two tremendous women's wrestlers head-to-head.  I said Sami Zayn is WWE's most likable male character, but Bayley is #1 overall.  She is a totally genuine "white meat" babyface that any viewer can relate to.  At a time when main roster Creative doesn't seem to understand what makes a babyface heroic, it's nice to see that NXT still gets it.  If you can't find something to like about Bayley, you just might be a cynical dickweed.  Her opponent is almost a female version of Nakamura.  Everything Asuka does is absolutely riveting, from her facial expressions to her explosive strikes, to her MMA-inspired submissions.  Asuka is unquestionably the real deal.  I love this matchup. 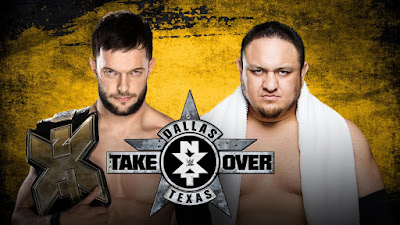 Yet another fantastic Title pairing, this is a rematch from London, and that bout was pretty goddamn great.  To me though it felt like the first of a series of matches.  Neither guy quite "left it all in the ring," which was a logical move if there was to be a second go-round.  These guys work great together though, and I'm glad Joe is now a heel.  His brutal style of working is much more conducive to a villainous persona.  I imagine this is the blowoff to this feud before one of them gets called up to the main roster.

My pick: I think Balor retains again, as it makes more sense to me for Joe to get the post-Mania call-up.  Balor has said he's in no hurry to leave NXT, and I think it's important to further establish him as the face of that brand.  Plus Karl Anderson & Doc Gallows will be debuting soon (though that could be on the main roster), and a Balor Club stable would make more sense in NXT at this point.


That's how I see TakeOver: Dallas.  Should be an amazing two hours of wrestling and I'd be shocked if it doesn't bitchslap WrestleMania this weekend.  I love that NXT has been airing Network specials a day or two before WWE's biggest PPVs, as if to say "Good luck following that!"

Enjoy the show!  Stay tuned for two sets of WrestleMania predictions here at Enuffa.com!
Posted by Justin Enuffa Ballard at 10:38 AM