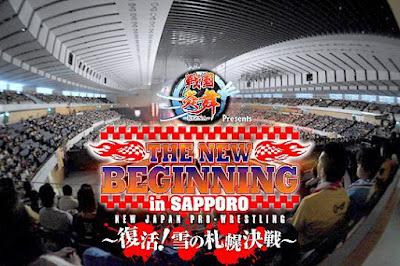 NJPW's 2017 kicks off following a fantastic WrestleKingdom. A Bullet Club-less pair of New Beginnings is packed full of every title being defended (some defended twice, in the exact same match…). The 2016 New Beginnings had results that shaped the landscape of New Japan for all of 2016, between Kenny Omega claiming the vacant Intercontinental Crown, and Hirooki Goto’s most recent shortcoming to Heavyweight gold leading him to eventually join CHAOS. Will 2017’s New Beginnings have the same effect? Well, we’re sure to find out. 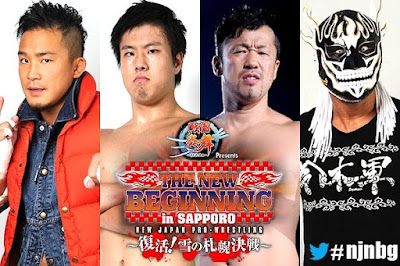 I’m wondering why Teruaki Kanemitsu, my favorite Young Lion from this batch, is not on this card. Oh well, Suzuki-Gun needs momentum, and KUSHIDA loses nothing with Kawato losing.

Landon’s Pick: Suzuki-Gun
Justin’s Pick: I have a feeling the Suzuki stable is gonna murder just about everyone on the roster for a few months.

Another throwaway match in the New Japan Style. I’m one of those people that feels like Yoshitatsu deserves better. Henare definitely shows a shining promise, and for reference he is billed at 229 lbs, missing the Junior weight class.

A match solely to fuel the Ospereay/Shibata feud going into Osaka. Their match in Osaka is officially going to be for the Revolution Pro Wrestling British Heavyweight Championship, which is a great step in the Title’s history, and reinforces the alliance between NJPW and RPW. With Jado and Gedo, and the two old school juniors on the other side, should be an okay fill 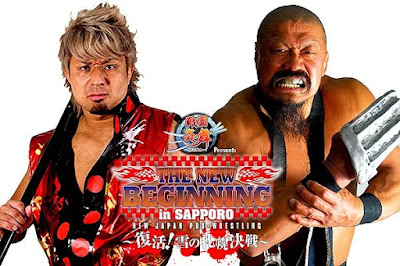 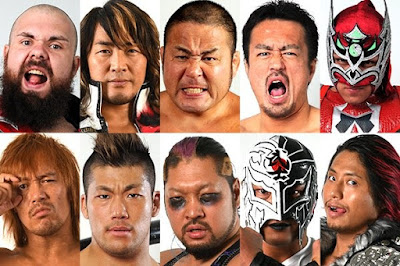 It’s a preview of three matches on the Osaka card, with champions and challengers making each side. It should be a wonderful clusterfuck, with Elgin tossing BUSHI and KAMAITACHI around, and people bouncing off of Nakanishi. Still can’t help wishing we had all the titles on LIJ still, but hopefully after Osaka, the 6-Man titles will be back on the Ingobernables Trio.

Landon’s Pick: Team Not LIJ.
Justin’s Pick: This should be a ton of fun, and it's the match where this card will really get going.  I'll go with the babyfaces, again to build up the singles matches on the 11th. 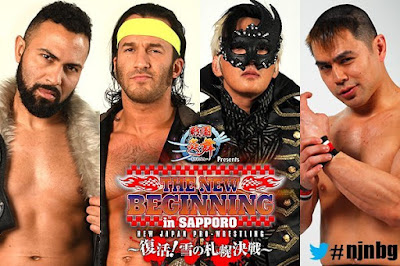 I recognize that Suzuki-Gun needs momentum, but I also recognize that the Junior Tag belts need to recover from a 2016 of title change ping pong. Beretta and Romero have the potential to be mainstays in the division, and it can start here. 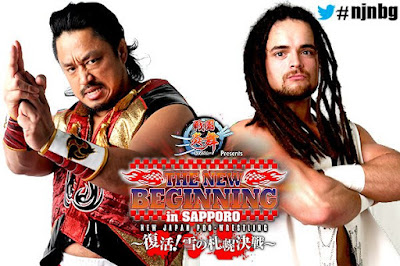 Juice has grown on me since he came to New Japan. I had an unfair bias against him for his days as CJ Parker in Orlando, but he’s shown me he wants to be here and do this, and he was willing to break himself down just to build himself up to be better. It’s really respectable and I appreciate it out of him. I think this could be a match that makes Robinson, whether he wins it or not. This match may determine whether he enters the G1 or not.

Landon’s Pick: Goto to retain
Justin’s Pick: Goto just won this belt, he's not losing it already to the guy who just served as Cody fodder a month ago.  Juice is an odd choice to get a title shot at this point.  Goto retains. 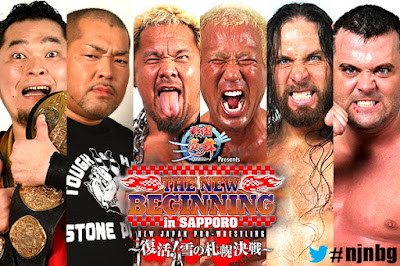 The Tag team division of New Japan’s died a DEATH in a year, showing how Guns and Gallows was holding the division together near-singlehandedly for two years. I think Smith and Archer could start a reign of terror using a win here to hold on to the tag titles from now until 1/4/18. I show my obvious bias for the former Lance Hoyt and David Hart Smith.

Landon’s Pick: Fuck’s sake give it to KES
Justin’s Pick: KES can reinvigorate the HW Tag division.  Give 'em the belts and let 'em wreak havoc. 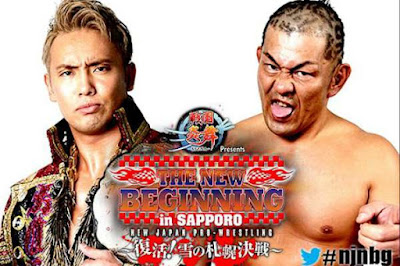 Until a few days ago, I had only seen one Suzuki match, and that was WrestleKingdom 9. Let me make something clear. I love Tomohiro Ishii, the man has an aura about him I can’t explain, one of take-no-shit or a man just doing his job. But Minoru has this aura of pain and death around him. He’s shows this desire, this pleasure, in murdering people. Holy shit, where’s he been all…well the answer to that is NOAH I guess.

Landon’s Pick: Suzuki wins it, Triple Crown, GHC, and IWGP destiny achieved
Justin’s Pick: You gotta watch Tanahashi vs. Suzuki from King of Pro-Wrestling 2012, AJ vs. Suzuki from G-1 24 Day 7, and Nakamura vs. Suzuki from Power Struggle 2013.  I guess I hafta go with Suzuki to win the belt for a few months before Okada wins it back and they build to Okada vs. Omega II.

Well those are our picks for Sapporo.  Enjoy the show, and stay tuned for our Osaka preview next week!
Posted by Justin Enuffa Ballard at 9:10 AM