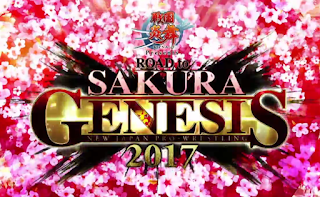 Rebranded this year and including 200% more cherry blossoms, the annual Spring event looks to be a great follow up to the spectacular New Beginning shows of February. With three awesome singles matches carrying an undercard of gang warfare, Ryōgoku is going to be the stage to a great event that may bring long term ramifications for the company. So right now, Justin and I are going to preview all the matches on the card, from opening bell to the main event. 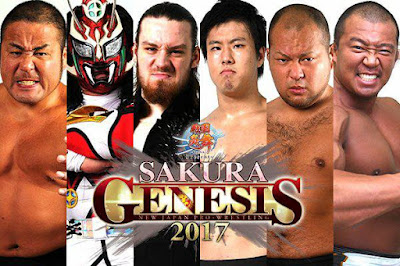 It's just going to be the typical Young Lion opening match. Katsuya's size scares the ever-loving Jesus out of me. Teruaki Kanemitsu, who stole my heart as a Young Lion months ago, hasn't been seen since taking his attitude against Yuji Nagata, presumably killed by the 3rd generation in the Dojo one night. Still like Oka and Kawato a lot, though.

Landon's Pick: Do you really need me to say?
Justin's Pick: Team Finlay 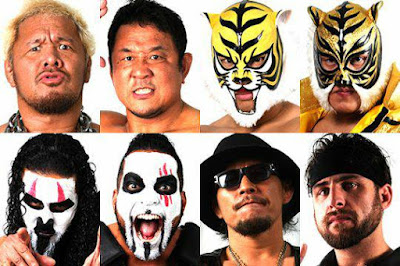 Chase Owens is back in New Japan, most likely for the upcoming Best of the Super Juniors. Ibushi's involvement in this match probably means he'll be in the BOSJ as well, which excites me.

Landon's Pick: Bullet Club
Justin's Pick: I'll go with the babyfaces here.  If Ibushi as Tiger Mask W is in the Jrs. tournament, he better take off the mask in time for G1. 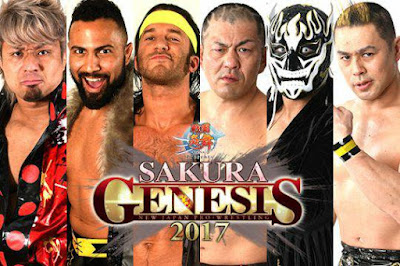 Suzuki-Gun is literally just Minoru and a gang of Jr Heavyweight geeks. Suzuki-Gun doesn't scare me, and a Minoru on his own would be more intimidating than him dragging his goof troop along. 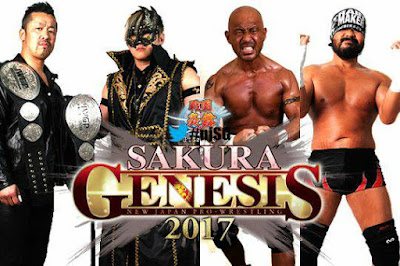 Taichi may be the only man I've seen in a New Japan ring get actively booed. It's amazing how much people don't actually like him. 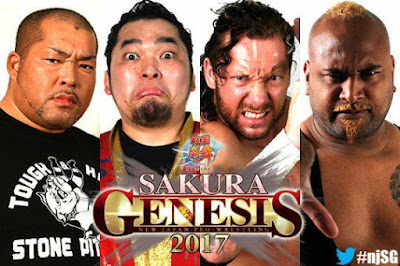 This'll be fun. Kenny and Ishii officially got ****3/4 from Uncle Dave, and a majority of the time SHOULD be given to them. Yano and Kenny is still one of my favorite matches from the G1 last year, and both CHAOS men work well enough with Bad Luck Fale. Could be a good match if they're given enough time to do their thing.

Landon's Pick: I think Kenny will get the fall on Yano. Nothing will probably come of this match.
Justin's Pick: Kenny & Fale 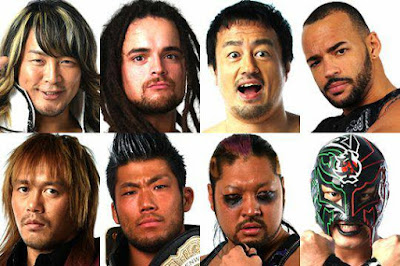 An 8-man chaotic fight, that has become the flavor of the faction war between LIJ and Taguchi Japan, formally known as the White Meat Babyfaces. This match may be used to set Ricochet up for an
IWGP Jr Heavyweight title match, but other than that it'll be pointless fun. 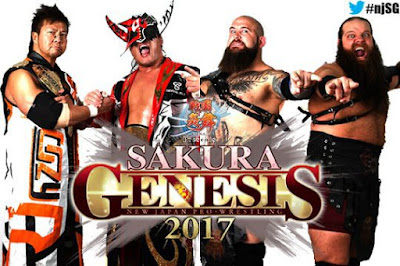 Fucking. War Machine. My favorite tag team active today, and the only case of recreating the Road Warriors succeeding. These two should be the champions of every promotion in the forming New Japan-centered alliance; IWGP, ROH, PWG, Rev Pro, CMLL, just ALL of them. All my love to Tenkoji, but they don't need to be champions any longer than they have already. 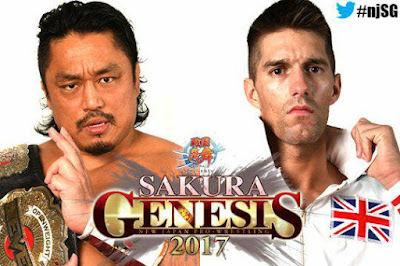 This could be an interesting match up. With Goto as the NEVER Openweight Champion, I feel like the belt has almost reverted back to the original spirit of giving new wrestlers opportunities to be in the spotlight (though Goto is certainly capable of keeping up with the standards set by Ishii, Makabe, and Shibata).  I do wish that Davey Boy Smith Jr. was in this spot instead of Sabre, but I'm still going to enjoy the match.

Landon's Pick: Goto retains, goes on to lose it to Davey Boy Smith Jr.
Justin's Pick: This should be great.  Goto retains. 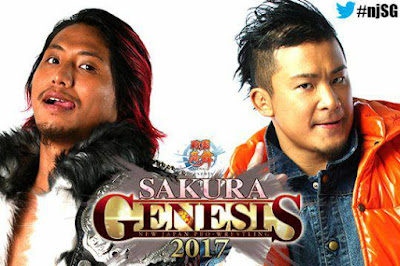 I've got a feeling that these two could probably do this forever. I'm really high on Takahashi as a character and a performer, and KUSHIDA is never not on his game. I'm afraid that KUSHIDA is gonna win back the belt here, which I really hope he doesn't. I'm not opposed to the Timesplitter holding the title again, but further down the road. possibly at Dominion.

Landon's Pick: Time Bomb retains
Justin's Pick: I think Kushida wins it back.  Also, how cool is it to see the Jr. Heavyweight Title get the semi-main event slot for the second straight PPV? 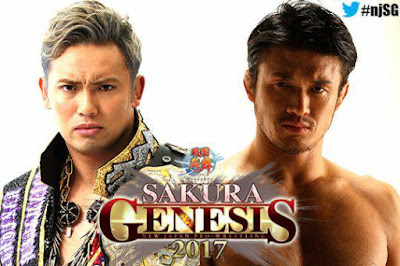 I know I shouldn't get my hopes up. 'Cause Gedo books this shit after all, and right now it's about establishing Okada as a dynasty. And I fully understand that. He's beaten every major name in New Japan, and a few from other companies. By all rights and by good booking philosophy, Okada retains here in a spectacle of 25+ minutes. That's just how it goes. But still...

Landon's Pick: I want Shibata for this one. Give it to him. I want a Wrestlemania XX close with Shibta and Goto.
Justin's Pick: Just his being here is indication enough that the company values Shibata.  I think he'll get the I-C belt sometime in the next 8-10 months, but Okada's keeping the big belt till Dominion when Omega takes it from him.


That's it. Sakura Genesis is a little over a week away. Who's gonna walk out the Champions? Which of the three main events will steal the Match of the Night accolade? We'll find out together at Ryōgok.
Posted by Landon Wayne at 11:17 AM