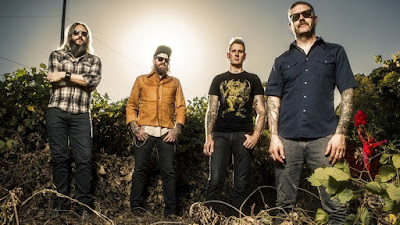 With the recent release of Mastodon's seventh LP Emperor of Sand (a hella good record, my review of which is HERE) I thought I'd look back on their remarkable career and pick their top ten songs.  Every album is represented here except one - sadly nothing from their 2002 debut Remission made the cut for me.  In terms of standout tracks I found that Mastodon's more recent albums put more focus on individual song composition rather than presenting the album as a whole (understandable given that three of their earlier records were concept albums), so this list may seem skewed to their later output.  But feel free to discuss in the Comments section.  Here we go..... 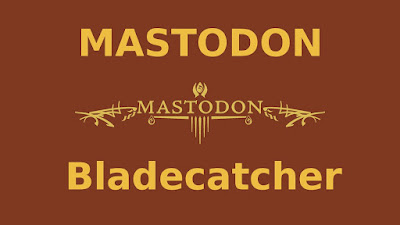 This instrumental track from Blood Mountain is frenetic and bizarre, and captures perfectly the band's offbeat take on the metal genre.  From the start-stop intro to the blast-beat "verse" to the elastic "hook" guitar riffs, this song is a great introduction for anyone who needs a demonstration of how original and strange Mastodon is.

This somber closer to The Hunter is probably the biggest departure yet from Mastodon's sludge-metal roots, featuring delicate arpeggiated guitars and only one harmonized vocal line that repeats throughout the song.  Inspired by a quote from the recently deceased wife of the band's accountant, the lyrics consist of a single phrase - "Pursue happiness with diligence."  On a stripped-down, song-oriented album like The Hunter, this ballad makes a fitting, poignant conclusion.

8. Octopus Has No Friends 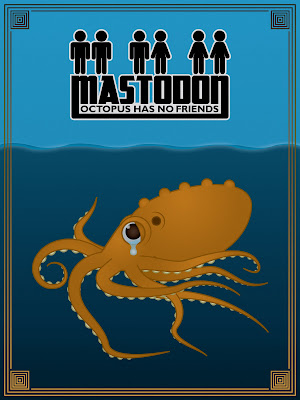 Another standout from The Hunter (an album with numerous standout songs) is this unusual, upbeat tune featuring impossibly intricate guitar riffs and very simple lyrics literally exploring Brann Dailor's observation that whenever he sees an octopus at an aquarium, it's alone in the tank.  Pretty out-there thing to write a song about, but this is a fantastic track with some of Mastodon's most impressive syncopated playing. 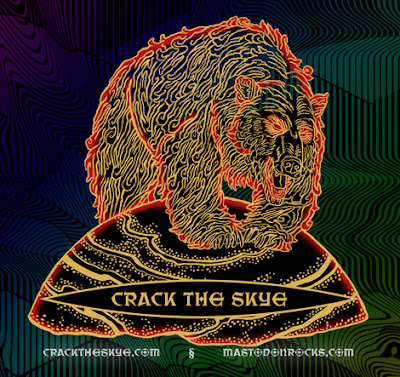 One of the band's most personal songs is this requiem for Dailor's sister Skye, who committed suicide in her teens.  Guest vocalist Scott Kelly provides agonized verse screaming while the chorus features Brann's sorrowful melodic vocals.  The album Crack the Skye was the first to feature Dailor's strikingly clean singing, adding a whole new dimension to Mastodon's music while also pushing their prog-rock boundaries. 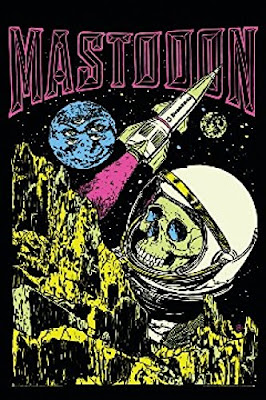 Probably the strongest track on The Hunter is this mannered dirge whose lyrics seem to be about copulating in space.  The intro builds slowly to a shuffling midtempo verse groove before sinking back into half-time for the hooky chorus.  This song exemplified for me the straightforward, classic metal feel and timeless quality of Mastodon's fifth record.

This anthemic, hopeful-sounding track is one of the major standouts from Emperor of Sand, boasting an emotional, instantly memorable chorus and plenty of interplay between the three vocalists.  The lyrics deal with the idea of conquering death and transcending mortality, one of the more optimistic messages on a concept album about slowly dying of cancer.

4. Asleep in the Deep 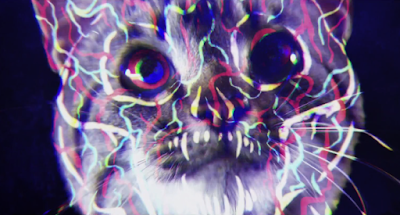 The best song from Once More 'Round the Sun seems to deal with the aftermath of a rocky relationship and features some of Mastodon's most interesting vocal back-and-forth.  Dailor's melodic verse transitions to Sanders' pre-chorus, and then all three singers join in for a call-and-answer chorus that's as vocally complex as anything they've ever done.  Between the killer vocals and Hinds' blazing guitar solo this is one spectacular Mastodon tune.

For me the apex of Emperor of Sand is this unusually sparse slow groove that ramps up into a lively gallop in the chorus, over which Brann Dailor sings a lamentful but soaring melody.  Compositionally this song stands out on the album, as the guitar riffs are much less busy and more groove-oriented than Mastodon's typical fare.  "Steambreather" illustrates Dailor's growing proficiency as a lead vocalist and may be his best performance yet. 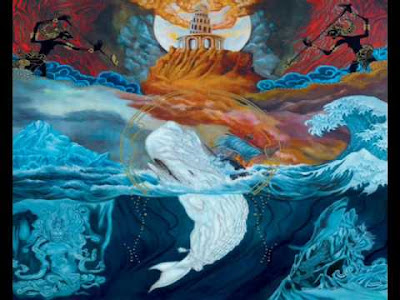 The climax of the universally lauded Leviathan album is this near-14-minute epic about the demise of Captain Ahab.  The song is split into two long sections, the first of which begins with a "Call of Ktulu"-esque riff before settling into a 6/8 groove.  The second half features trademark arpeggiated Mastodon riffage and then culminates in a midtempo riff over which Brent Hinds lets loose with a monstrous shredding solo.  This section for me sounds like the soundtrack to the end of the world.  "Hearts Alive" is an incredible achievement that shows a young prog-metal band at the top of its game.

Mastodon's greatest-ever song in my opinion is the opener to Crack the Skye.  "Oblivion" was the band's first song to show off all three singers and formed the template for much of their current output.  The various vocal textures, time changes and lyrical guitar solo demonstrated the band's willingness to branch out from their metal roots and explore a more progressive sound, while setting the tone for their ambitious, ethereal fourth record.  For me "Oblivion" is their finest track.

I hope you enjoyed the rankings - comment below with your top ten Mastodon songs!


Posted by Justin Enuffa Ballard at 8:40 AM