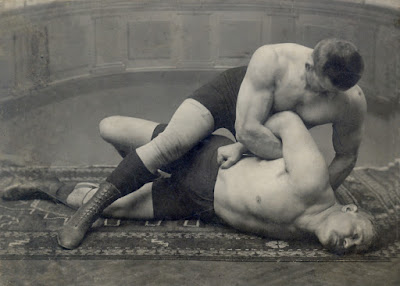 There were two title changes on this show. Hiro Saito defeated The Cobra for the WWF Junior Heavyweight Title. Then later in the show The Cobra defeated Hiro Saito to regain the title. Other matches on the show also included Tatsumi Fujinami defeating Jimmy Snuka, and Bruiser Brody defeating Antonio Inoki by disqualification.

In front of 16,300 people at Budokan Hall Steve Willams beat Mitsuharu Misawa for the AJPW Triple Crown Title in 27:39. The match was rated 4.75 stars by Dave Meltzer.

On this night Eddie Guerrero took the ECW World TV Title off Dean Malenko - these two in a ring together is absolute magic, two of ECW's greatest. Also, that night Cactus Jack defeated The Sandman by DQ but the ECW World Title stayed with The Sandman.

This episode of Raw took place in World Arena, Colorado Springs. The main event of Raw saw Molly Holly take on and defeat Gail Kim for the Women's Championship.

The most prestigious tournament in wrestling, the G1 Climax came to Sendai Sun Plazza in Japan for night 5 of the 2014 tournament.  The show featured great matches, as is expected of the G1. The best of the night came in the main event as Tetsuya Naito took on Kazuchika Okada. The match was rated 4.15 stars by Dave Meltzer. Other notable matches on the card included Katsuyori Shibata versus former WWE Intercontinental Champion Shelton Benjamen (4 stars) and Shinsuke Nakamura vs Tomoaki Honma (3.75)

This TNA Impact taping was an eventful one; five of TNA's championship belts were on the line as Davey Richards and Eddie Edwards retained the TNA World Tag Team Titles against the team of Abyss and Manik. A three-way match for the TNA X Division Title had the champion Tigre Uno retain against DJ Z and Sonjay Dutt. This was a stacked taping and the people in attendance knew they were seeing a great show. The duo of Davey Richards and Eddie Edwards had to wrestle for a second time that night, facing Brian Myers and Trevor Lee, who took the titles from Davey and Eddie in a hard-fought match. Up next was Matt Hardy's quest for the TNA World Title against EC3; unfortunately for Hardy he couldn't get the job done as EC3 retained the title. For the last match of the night we saw a new King of the mountain Champion as Bobby Roode defeated PJ Black.