After decades for book readers & a little over 6 years for TV viewers, we finally get the meeting promised in the title of the original book. Ice & Fire have met, as Jon Snow trekked all the way to Dragonstone (in about 8 minutes, it seems) to meet up with the Queen of Dragons, Daenerys Targaryen. And it...could've gone better. Neither one of them wanted to give up any power as they both refused to recognize each other as a king or queen. Dany was especially skeptical when Jonny boy kept bringing up the White Walkers. She definitely didn't believe him. I think Dany was mostly pissed that Jon didn't come to the meeting with any gifts. He brought nothing. Motherfucker could've at least sprung for some Ring Dings & Pepsi.

She also made a hugely inaccurate claim about her bloodline... 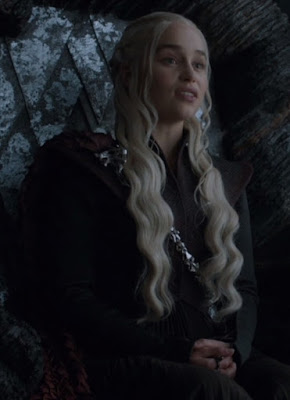 "I am the last Targaryen" 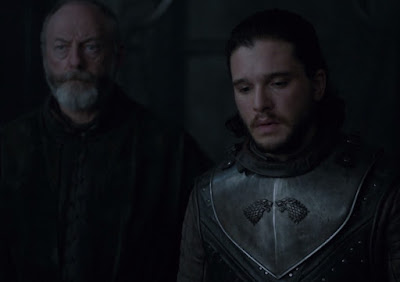 As we all know at this point, Jon isn’t Ned Stark's bastard. Nope, he’s the son of Ned's sister Lyanna & Dany's brother Rhaegar. This makes him a Targaryen and make’s Dany’s claim of being the last Targaryen irrelevant, stupid, idiotic, caca-doody poo-poo.

Dany essentially takes Jon & his crew prisoner on Dragonstone, but after discussing things with Tyrion, she decides to let him mine the vast dragon glass on her island so he may forge them into weapons to fight the army of the undead.

These scenes were a lot of fun to watch, as us fans finally get to placate our nerd boners by watching these characters get together. These negotiations seem to be delaying the inevitable, as we all know Jon & Dany eventually have to get along to destroy both the Whites & Cersei, but I'm all aboard for this ride.

Speaking of being on board (nailed that transition), Euron's fleet of ships caught up to the Unsullied at Casterly Rock after Greyworm & the rest took it down. The Unsullied knew something was up though, as the Rock was guarded by waaaaaaay fewer men than was expected. When Euron's fleet showed up & started firebombing Dany's fleet, Greyworm's sullen expression said it all. I have no clue what happens to the Unsullied now. Do they dig in and fire away at Euron's fleet? Or are they all doomed? I'm hoping we get some dragon fire to help out our no-dick having friends.

---Back at King's Landing, Euron, who can seemingly TELEPORT, shows up with Ellaria Sand & her daughter as his special gift to Cersei. And she LOVED it. She immediately dumped them into a dungeon and poisoned the SHIT out of the last Sand Snake. A truly brutal from of torture. Cersei is going full bat shit crazy.

---Even more crazy than that is her letting everyone know that, yea, what the fuck, I bang my twin brother. The secret everyone knew is now just going to be straight up knowledge for the whole kingdom as Cersei just doesn't seem to care anymore. She's got MOXIE!

---Back at Winterfell, Sansa was greeted by a long lost sibling. No, not Arya, but Bran. And she was happy to see him...initially. Then she started talking to him & realized he went all Emo, what with being the Three Eyed Raven and all. She was not interested and got the hell away from him. 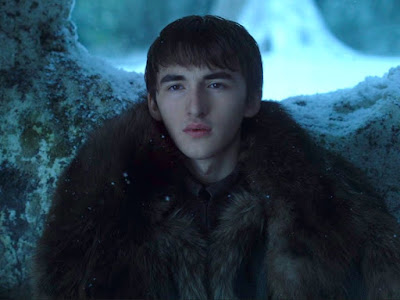 "My poetry is so dark"

---Sam cured Ser Jorah's greyscale by just cutting that shit right off. Then he rubbed some aloe on it. How the FUCK did no one in the Seven Kingdoms think of this before??!?!?

---Finally, over in Highgarden, Jaime led his troops to take over the Tyrells homelands. He had a final meeting with Lady Olenna Tyrell. He let her know that Cersei wanted to fuck her up BAD, but Jaime decided to let her go out peacefully with a poison cup of wine. And once she drank it, she let Jaime know that, yes, she was the one that poisoned & killed his first born son, Joffrey. 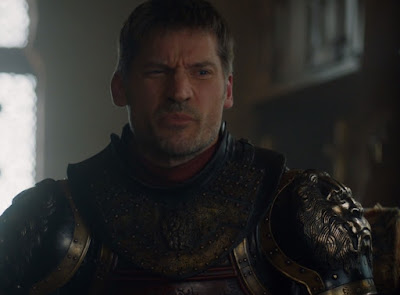 A fitting end for a great character. Diana Rigg was amazing in this role & I will truly miss her bitchiness & charm that she brought to every scene she was in. Take a bow, Dame Rigg. You deserve it. 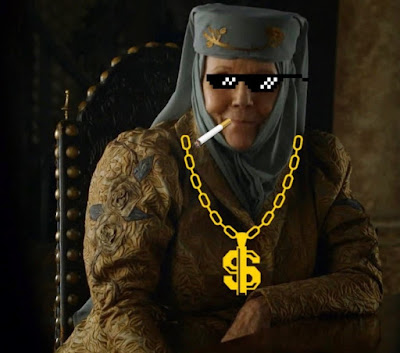