Welcome to yet another edition of Top Ten Things, here at Enuffa.com.  Things, ten of them, at the top.

Today I'm talkin' about directorial debuts.  I forget how this popped into my brain, but one day I just started thinkin' about which first-time directors ended up defying the odds and making lasting pieces of cinematic art.  With most talented directors their first films show at least some promise, even if they either haven't found their voice or simply didn't have adequate funding to realize their vision.  Then you get situations with a James Cameron directing tripe like Piranha II: The Spawning, just a gifted aspiring filmmaker looking to get his feet wet.

But sometimes a newbie auteur gets it just right on his or her first try and delivers a great film right out of the gate, taking an established narrative form and giving it a new spin, or inventing a new genre altogether.  Below are ten such examples (but first some honorable mentions).  Note: This list only includes debut feature-length films, not shorts. 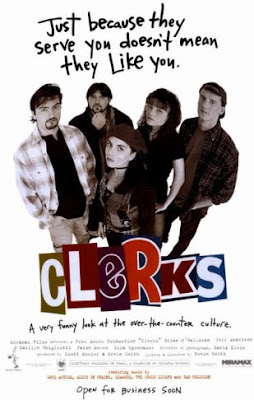 The movie that launched Kevin Smith's View Askew-niverse, Clerks is a quintessential indie slacker comedy, about two best friends stuck in a go-nowhere convenience store job trying to figure out what they want to do when they grow up (amid discussions about Star Wars, Gatorade and relationship troubles).  Shot in grainy 16mm black & white, the entire film takes place over the course of one day, chronicling our hero Dante's misadventures, from closing the store to play hockey on the roof, discovering a dead customer in the bathroom, and ruining his relationship with his current girlfriend to rekindle one with his ex.  The film showcases Smith's gift for writing quirky, articulate, often vulgar dialogue and inventing memorable characters, the most lasting of which are View Askew anti-heroes Jay & Silent Bob, two drug dealing miscreants who spend all day loitering in front of the store.  Smith's inexperience as a first-time director shows in Clerks, but the script and atmosphere are so strong they make up for the film's lack of polish.  I still consider Clerks to be his best movie. 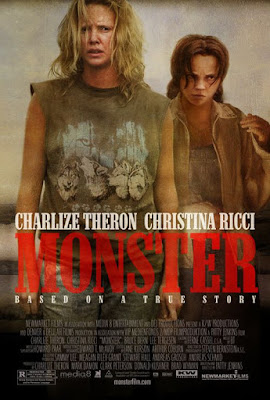 The future director of the smash-hit Wonder Woman movie began her career behind the camera with this haunting bio of serial killer Aileen Wuornos, a Florida prostitute-turned-murderer who was executed by lethal injection in 2002.  Without excusing Wuornos's seven murders, Monster presents her as a severely damaged woman who was dealt a terrible hand from childhood and felt she had no other recourse but to rob and kill.  Boasting a scorchingly exquisite lead performance from Charlize Theron (for which she won a well-deserved Oscar), Monster focuses on the person behind the heinous acts, showing us how and why she arrived at them.  This film is pretty note-perfect and it's quite shocking that Jenkins didn't direct another feature film until Wonder Woman. 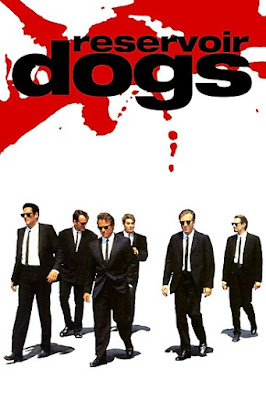 Quentin Tarantino's directorial debut based on his third screenplay (His first two, True Romance and Natural Born Killers, would later be directed by Tony Scott and Oliver Stone, respectively), Reservoir Dogs took the heist film and turned it upside down, presenting the events in question almost as a parlor drama.  Instead of a long buildup to the heist followed by an action centerpiece, Dogs briefly introduces the characters and then spends the majority of the film on the aftermath of a job gone horribly wrong, without ever showing the heist itself.  Structurally I had never seen anything like this before, and it illustrated Tarantino's ability to play with time and sequencing while indirectly revealing information about the characters; we see the heist's aftermath sprinkled with flashbacks focused on key players, so the plot information is doled out sporadically (One of the robbers is suspected of being an undercover cop, and we don't get the reveal until an hour in).  With uniquely musical dialogue, grisly, stylized violence, and strong performances by veteran actors like Harvey Keitel (whose enthusiasm for the project essentially got the film made), Tim Roth and Michael Madsen, Reservoir Dogs announced Quentin Tarantino as a maverick new filmmaker. 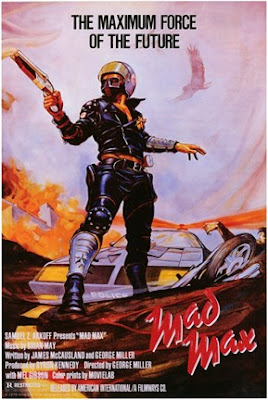 Australian physician/filmmaker George Miller more or less invented the dystopian future action genre as we know it, with this powderkeg of a car chase movie that launched Mel Gibson's career.  Set "a few years from now," Mad Max depicts a world breaking apart at the seams; gasoline is in short supply and lawless gangs terrorize the roads, while a hopelessly understaffed police force tries in vain to keep the peace.  Max Rockatansky is the crown jewel of the department but goes rogue after his family is killed and singlehandedly hunts down the biker gang, having become just as bloodthirsty as the men he's sworn to bring to justice.  Miller's debut is unflinchingly grim, frenetically paced, and features some of the most spectacular car stunts ever filmed up to that point.  Amazingly he'd top himself two years later with a dizzyingly extravagant sequel. 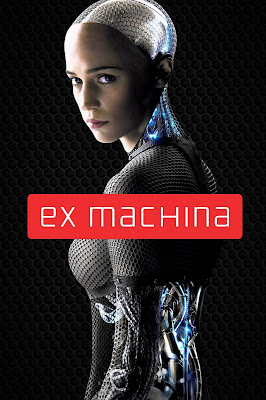 Veteran novelist/screenwriter Alex Garland (a frequent Danny Boyle collaborator who wrote 28 Days Later and Sunshine) added the word "director" to his resume with this stunning sci-fi drama about a tech pioneer who designs and builds an incredibly life-like android.  One of his employees is selected to spend a week at the reclusive inventor's house evaluating the robot's artificial intelligence.  The result is a riveting character study that tackles themes about genuine intelligence and the process of creating.  Garland's script slowly and deftly builds tension throughout the film's running time, and when the inevitable climactic confrontation arrives it carries weight, consequence, excitement and horror.  In the tradition of Isaac Asimov and Philip K. Dick, Garland's science fiction is about exploring ideas and human nature.  Ex Machina is a masterful debut. 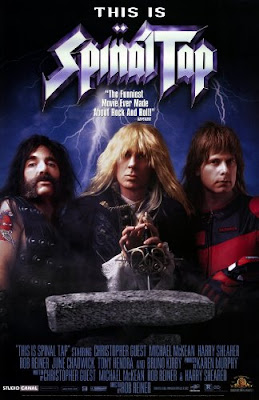 Still one of the funniest films ever made in my opinion, Rob Reiner's "mockumentary" about an aging rock band trying to reclaim their former glory rings painfully true to anyone who's ever been in a rock band.  Boasting some fantastically authentic fake English accents, stars Michael McKean, Christopher Guest and Harry Shearer were born to play the three primary members of Spinal Tap, and what's better is they actually played their own instruments for the film.  This Is Spinal Tap features a host of excellently-written hard rock tunes that both kid and pay homage to the genre.  The music is genuinely engaging and the improvisational comedy is world class.  Thirty-plus years on, Spinal Tap is one of the most eminently quotable movies of all time, from a prodigious first-time director (Reiner would follow it up with six more classics). 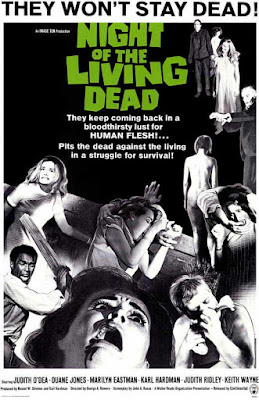 The film that birthed the modern zombie genre, George Romero's shoestring-budget horror film raised the bar for the level of grisly detail that could be included in a horror movie, while grounding the story in relatable interpersonal drama.  Kept relevant partly thanks to its sociopolitical undertones, this simple tale of seven survivors holed up in a farmhouse as undead ghouls roam the landscape holds up five decades later as a truly frightening, immersive film.  Previously known as a director of TV commercials, Romero instantly demonstrated a talent for unconventional storytelling that eschewed genre trappings.  The stock music that comprised the film's "score" for example mostly included cues intended for sci-fi and alien invasion films instead of traditional horror music, to make the viewer feel unsettled and out of their element.  Romero's use of fallible "everyman" types and moral shades of gray puts the audience in the protagonists' shoes, making their eventual demise that much more upsetting.  The use of expressionist black & white photography makes the film play out like a disturbing nightmare, while the handheld cinematography gives it a documentary feel.  Night of the Living Dead would prove immensely profitable (grossing $30 million on a $114,000 budget), thematically far ahead of its time, and above all, one of the most influential horror films ever made. 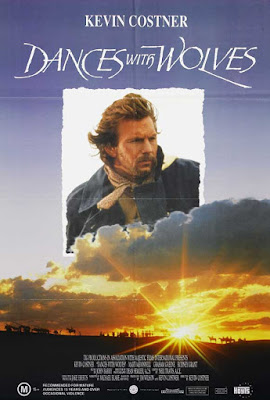 Kevin Costner did the western genre proud with his epic directorial debut, an adaptation of Michael Blake's novel chronicling the adventures of a Civil War hero who elects to be stationed in the dying American Frontier, eventually assimilating into the Sioux Indian tribe.  With lush production values and a sprawling three-hour running time (four hours in the director's cut), Dances With Wolves harkened back to the classic Hollywood epics of the 50s and 60s, but with a more socially aware tone.  The Sioux are not depicted as fearsome hostiles but peaceful, honorable people with whom the Costner character forms a familial bond, while the final title screen brings to task the 19th century US government for its role in nearly wiping out the Native American population, a heartbreaking end to an important film that helped reinvigorate the genre. 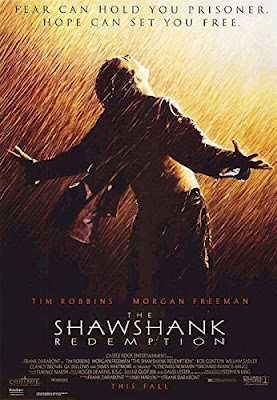 Based on Stephen King's 1982 novella, Frank Darabont's feature debut tells the story of Andy Dufresne, a man wrongly convicted for the murder of his wife and sent to the brutally austere Shawshank prison.  While an inmate, Andy finds himself improving the lives of nearly everyone in the prison in one way or another; expanding the prison library, helping guards with their taxes, and making the corrupt mayor a wealthy man.  But the experience begins crushing his soul and he spends an astonishing 19 years planning his escape.  Darabont launched his Hollywood career with this adaptation (after impressing Stephen King with a Dollar Baby short based on The Woman in the Room), and it's one of the best novel-to-film translations of all time.  Tim Robbins delivers probably the performance of his career as the soft-spoken, brilliantly resolute Dufresne, while Morgan Freeman creates one of the great cinematic characters in the fast-talking, industrious lifer Ellis "Red" Redding.  The story is both moving and fascinating at every turn, and if you ask me Darabont should rightly be the go-to Stephen King film director. 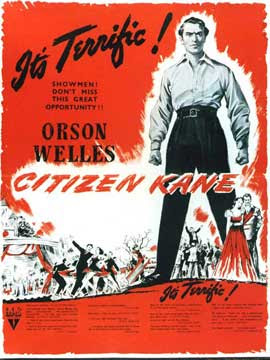 Imagine being a theater and radio wunderkind and you're given an unprecedented film contract that gives you full creative control over your project.  Now imagine your first film going on to be widely considered the greatest of all time.  Only 25 years old at the time of Kane's release, Orson Welles packed his film with so many groundbreaking techniques and storytelling devices it was unlike anything ever seen at the time.  Low camera angles, deep focus, Expressionist lightning, multiple narratives; Kane stands to this day as one of the most visually stunning films ever made.  Unfortunately for its director and star, the film was met with a crippling distribution issue thanks to its subject matter.  Citizen Kane was loosely based on the life of media mogul William Randolph Hearst, who went to great lengths to ensure few theaters were able to exhibit the film; it ended up losing money in its initial run despite garnering mostly positive reviews and nine Oscar nominations.  Welles sadly never again got final cut on a major motion picture and had a very mixed career, but time would, to put it mildly, look fondly on his debut.  Kane is an absolute masterwork that reveals new details and layers of complexity with every viewing.  It is undoubtedly the greatest directorial debut in film history.


Posted by Justin Enuffa Ballard at 10:19 AM