Ugh, there's another WWE PPV this weekend?  I didn't even do picks for the last one because I didn't even realize it existed.  Who in the fuck schedules a PPV a week after SummerSlam?  What is this, 1991?  Instead of Payback they should've called it This Sunday In Suckville.

Anyway, Clash of Champions is this Sunday and we have another pretty half-assed lineup from the 'E.  A few big picture notes first though.  Roman Reigns is back, he's the Universal Champion (way to bury The Fiend again by having his second reign last one week), and the good part, he's a heel aligned with Paul Heyman.  That there is alright by me.  Of course it's four years too late; they should've turned him in 2016 when Seth Rollins came back from his knee injury.  But at least they finally came to their senses about Roman.  As a heel his character is actually compelling.

In other news Retribution, despite repeatedly attacking WWE employees over several months, are now WWE employees.  Sure, that makes a lotta sense.  Also the male members are named Mace (that's alright), T-Bar (uhhh), and Slapjack.  S-slap...jack?  Isn't that a children's card game?  When a jack is turned over you have to be the first to slap it?  That's what I think of when I hear that word.  Jesus H. Christ this creative team is devoid of ideas.

But back to the PPV lineup, once again not much of interest on this show.  I guess it's made my decision to cut the WWE cord that much easier, I have not once regretted missing a main roster PPV since.  And considering how messy NXT's booking has been during the Wednesday Night War I honestly haven't been that upset about missing TakeOvers.  Let's pick some winners.... 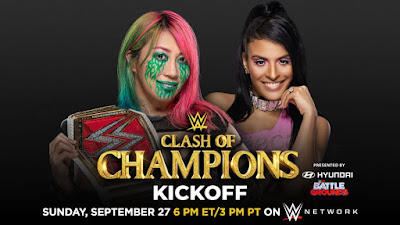 1. Why is Asuka on the pre-show?  2. Why is Vega getting a title shot?  3. Why is Vega even being used as a wrestler?  She's a great manager/valet.  She's not so good in the ring.  This is pointless.  Squash City. 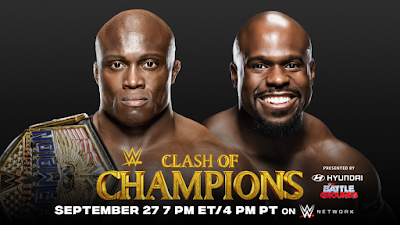 Jeezus, Crews has been feuding with The Hurt Business since roughly 1927.  How many iterations of this feud are we being subjected to?  I'm inclined to stick with Lashley retaining but they could have Crews finally win back his title to end the feud. 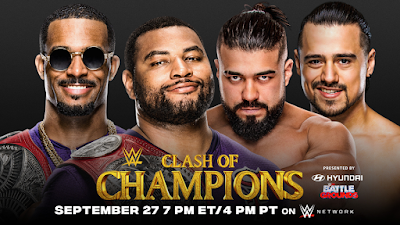 This match should be solid in-ring.  Depends on how much time it gets.  All four guys are good.  Andrade should jump to AEW.  Wait, was that last part out loud? 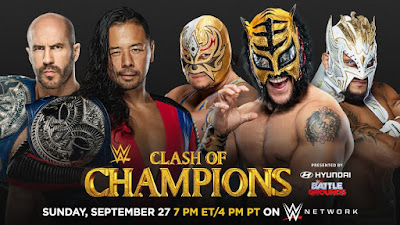 It's another tag title match with lucha types challenging for the belts.  This match is also very promising on paper.  All involved are good.  All five should jump to AEW.  Okay, that was definitely out loud.

Pick: The way they've booked the buildup to this is classic WWE "Let's make the challengers lose over and over so no one suspects it when they win the belts."  So Lucha House Party is winning the belts here.  Because WWE is run by morons. 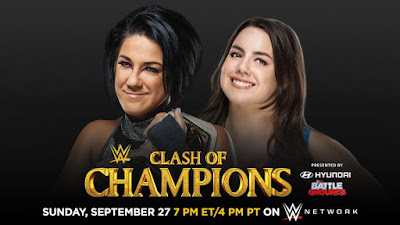 They're going with this again?  The women's divisions are both threadbare in this company.  We all know Bayley vs. Sasha is the big match they're waiting on, so obviously Bayley isn't losing here. 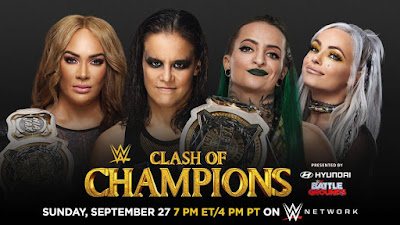 Remember when the Riott Squad was sorta promising?  Then they split them up for no reason?  Then Liv Morgan's awesome Harley Quinn look was thrown out and she looked like just another blonde "WWE Diva?"  Good times.  Hey, at least Shayna is being pushed again.  How on Earth do you fuck that up?

Pick: Obviously Shayna and Nia are retaining.  What should their team name be?  ShayNia?  Jaxzler?  ShayJax? 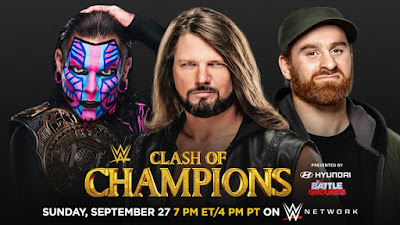 Another match that should be good.  Why is Jeff Hardy still getting pushed in 2020 though?  Jesus Christ, Bruce!  Not only is that character even more played out than Randy Orton's, but Jeff is still having substance abuse issues.  Stop rewarding his refusal to get clean.  Zayn had a good thing going with his Fidel Castro character in the spring, but then he apparently couldn't appear on TV anymore due to COVID?  I was never clear on what happened there.  Do they resume where they left off or put the belt back on AJ?  Also where the actual FUCK is Daniel Bryan?

Pick: I guess Sami wins back the belt he never lost 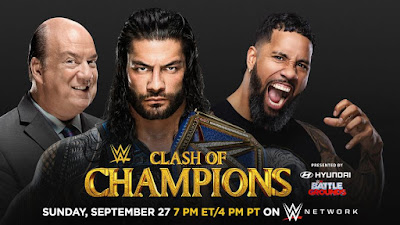 Raise your hand if you think Jey has a snowball's chance in hell of winning here.  Okay, now use that hand and slap yourself in the face with it.  I like and respect the Usos a great deal, but you can't just out of the blue give one of them a PPV match for one of the two big belts and expect anyone to take him seriously as a challenger.  I mentioned in my Road Warrior Animal piece yesterday how Hawk and Animal were so over they were credible contenders for Ric Flair's NWA Title.  Yeah, this is not at all the same as that. 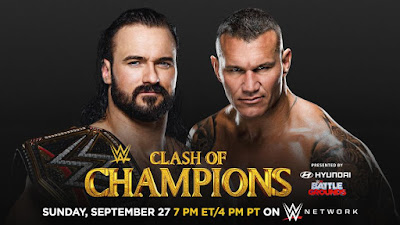 Oh good, it's the Casket Match knockoff.  I've said it numerous times this year: I do not care one whit about watching Randy Orton in 2020.  His shtick got super old back in 2014, and it's exactly the same as it's been for the last decade-plus.  He's this era's Triple H.  Same ol' plodding shit every match, keeps getting pushed.  I wasn't ever sold on Drew being The Guy, but at least that was something fresh.  I can't help but think Orton's winning his 14th title here.  Fuckin' hell....


There ya go, Clash of Champions 2020.  Still not sad to be missing it.  Call me when they announce the Survivor Series lineup and we'll see...


Posted by Justin Enuffa Ballard at 9:57 AM