The History of NXT TakeOver: Phoenix

The NXT brand did it again this past weekend, overshadowing the main roster with a modest 160-minute, five-match TakeOver special.  As usual there was nary an ounce of fat on the card, all five matches carried some value, and a couple were outstanding. 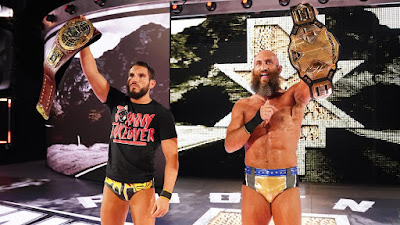 The show kicked off in pretty spectacular fashion with a Tag Title match pitting Roderick Strong and Kyle O'Reilly against War Raiders, in a bout that would've made Tully, Arn, Hawk and Animal proud.  This was exactly the type of match I wanted it to be, with the Raiders playing the innovative, dominant power brokers and the Undisputed Era the crafty technicians.  This featured much more back and forth than the old NWA formula, but the arc was the same.  Just a classic tag team encounter that built to a peak with just enough nearfalls to not overstay its welcome.  Hanson and Rowe ultimately scored the win and the titles with Fallout, and the place went nuts.  I loved this match.  ****1/2 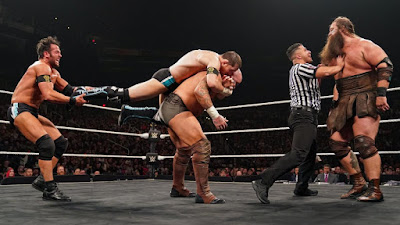 Next up was the de facto weakest match on the show, as Matt Riddle got his first proper TakeOver match against his nemesis Kassius Ohno.  Ohno controlled most of the bout, playing the bully to the hilt, while Riddle was the undersized babyface in peril.  Riddle took a ton of punishment over the bout's nine minutes but kept fighting through, eventually trapping Ohno and delivering repeated elbow strikes for the submission win.  Very solid stuff.  ***


The show stealer, as expected, was Ricochet vs. Johnny Gargano for the North American Title.  The story here was Gargano being torn between his old heroic self and his new opportunistic mindset.  The wrestling here was spectacular; a battle of Ricochet's dazzling aerials vs. Gargano's technique.  Late in the match Gargano pulled up the mats on the outside to expose the concrete, but thought better of using it, until after Ric had withstood two GargaNo Escapes, Johnny hit him with a brainbuster to the concrete, followed by a slingshot DDT for the win.  My only complaint here (and this was true of the two matches that followed it), was the overabundance of finisher kickouts.  It reminded me of ECW, where guys would escape so many finishes that the eventual ending would feel a bit anticlimactic.  But this was an amazing match.  ****3/4 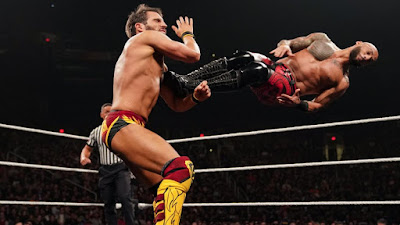 The Women's Title match pitted the brutal Shayna Baszler against the super athlete Bianca Belair.  I'd never seen Bianca before but was impressed with her work.  For once Shayna was against an opponent both stronger and faster, and had to rely on pure grit to survive.  Bianca made use of her freakishly long hair braid, whipping Shayna and actually leaving a welt on her stomach.  Late in the match Shayna dodged a 450 splash and locked in the rear naked choke.  Bianca fought it for what seemed like an eternity but Shayna got it again, and finally Bianca passed out.  This bout did as much to establish Bianca as a tough-as-nails babyface as it did to confirm Shayna's badassery.  Helluva good match.  ***3/4

The main event was for me a match where everything was technically really good but I found it less than memorable.  Tomasso Ciampa and Aleister Black may have thrown too much into the match for its own good, and I found the closing stretches too heavy on finisher kickouts.  But this was a very good 26-minute back-and-forth where Ciampa once again demonstrated his willingness to do anything to win and Black struggled with a leg injury that threatened to take away his Black Mass finisher.  After kicking out of two of Ciampa's Fairytale Endings, Black finally succumbed to two more of them.  Ciampa and Gargano stood tall on the stage at the end of the show, and I wonder if we'll eventually see them challenge War Raiders for the tag belts to complete their collection.  ***3/4 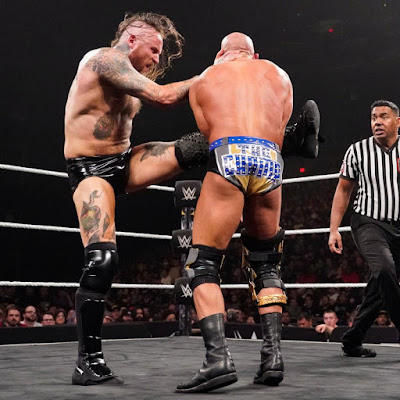 This was another pretty great TakeOver that was just short of the all-time conversation.  Every match was good-to-excellent, but for me it lacked that one truly defining bout.  Ricochet-Gargano was the closest.  But this show is well worth going out of your way to see.

Best Match: Ricochet vs. Johnny Gargano
Worst Match: Matt Riddle vs. Kassius Ohno
What I'd Change: The last three matches had a few too many finisher kickouts
Most Disappointing Match: Probably the main event, but it was still very good
Most Pleasant Surprise: Bianca Belair
Overall Rating: 9/10