Welcome to our first 2019 round of PPV Predictions.  We're starting the year off with a bang.  A big bang.  Maybe the biggest bang ever banged.  It's time to talk NJPW WrestleKingdom 13! 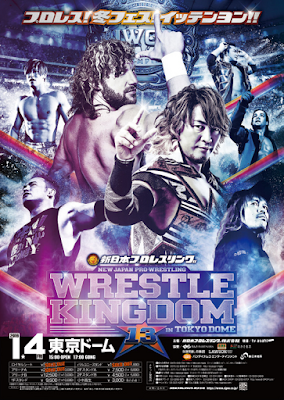 Sweet Jesus this show looks impossibly good.  I've been saying for the last four years that WrestleKingdom 9 is the greatest PPV I've ever seen, and its 2019 counterpart is on track to leave it and every other wrestling show in the dust.  New Japan is looking to carve a big slice of the global wrestling market for itself, and I can't think of a more impressive lineup to do that.  This show is gonna be a Moment, my friends.

Let's get to pickin'.  Joining us is our buddy Landon Wayne from Falcon Arrow Emporium.....

This gauntlet will be replacing the New Japan Rumble this year, and I'm fine with that.  I generally skipped the Rumble anyway, plus with the gauntlets always being skippable themselves, I'm happy it's been moved to the pre-show.

Justin: Suzuki-Gun has to win this - they're by far the most dominant team and they're overqualified for this division.  Plus it's a consolation prize for being stuck on the pre-show.
Landon: Uncle Justice, Cousin Toss-It, and Finlay-Chan win it 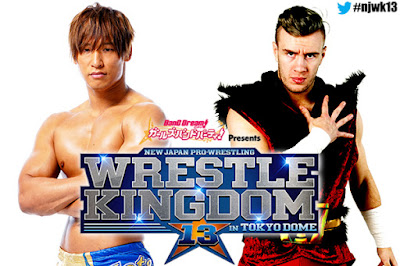 The dream match of the year that's for some reason opening the show (good luck following this, everybody).  Holy shit this is gonna be insane.  If this gets 20 minutes it could be the Match of the Year, and should at the very least be one of the greatest PPV openers of all time.  Ibushi just won this title, his first non-Jr. championship in New Japan, so he should keep it for a while.  But Ospreay will announce himself as a heavyweight with his performance here. 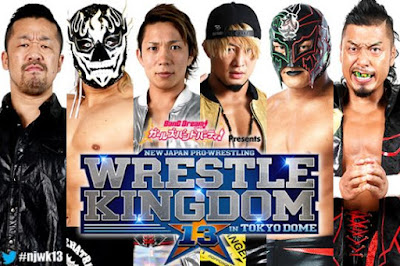 Both tag title matches have been turned into 3-ways but I'm okay with it.  In the case of this match RPG3K has been added and should easily improve the bout.  Obviously SZGN need to drop the belts here but to whom?  Sho and Yoh are overdue for another title run but LIJ are the hot Jr. team at the moment.  I'd say give Bushi & Shingo the belts and let RPG3K chase 'em awhile. 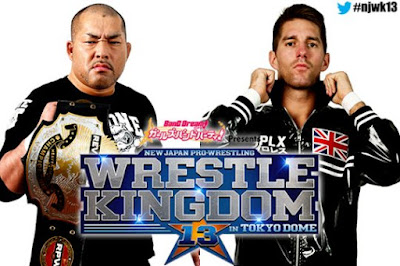 I'm very glad this was added to the lineup.  Both of these guys are long overdue for a singles match at the Dome.  This will be a battle of striking vs. grace.  Brutality vs. Sadistic finesse.  Another match that could steal the show if given time.  I'm gonna go with ZSJ to regain the title. 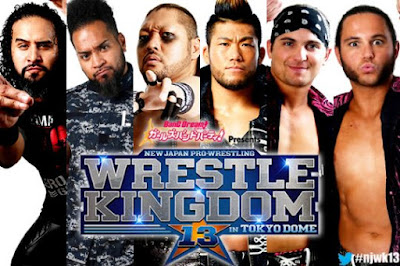 The Bucks were added to this and I'm happy about that.  This'll be the Bucks' first heavyweight tag match at the Dome and should be a pretty great little match.  The AEW situation puts a question mark over things, as I'd normally pick Matt & Nick to regain here.  But since we're not yet sure what the relationship will be between the two companies (I assume AEW will replace ROH as New Japan's North American marketing arm), the safe bet will be to keep the belts on GOD for now. 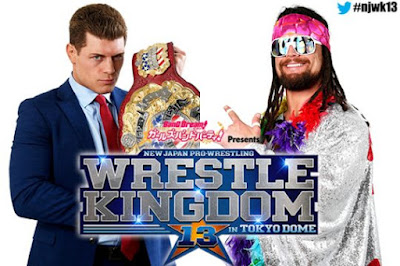 It's a rematch from WK11, except both of these guys have grown leaps and bounds in the last two years.  Juice has become one of the company's best underdog babyfaces, while Cody has blossomed into a great old school heel.  On this show this match will likely be well overshadowed, but it should be a fine midcard match.  Look for Juice to win back the belt. 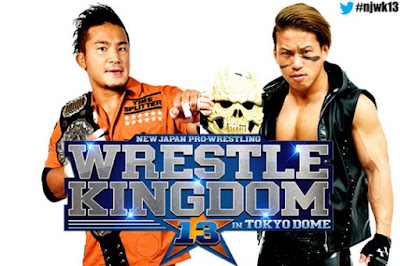 The Jr. division is in reset mode after the tragic (career ending?) injury to Hiromu Takahashi.  I'm still upset about this; Hiromu had IT.  Kushida is back to being the reliable centerpiece, while Taiji is seemingly being groomed as the new charismatic heel star.  To that end it would make sense for him to win the belt here.  This should be a lot of fun. 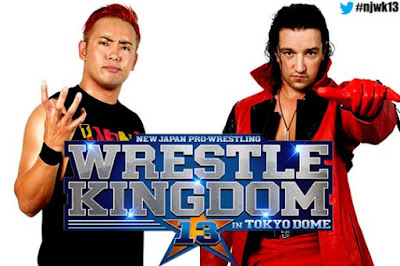 This feud's been building for months now, and Jay White has spent the last year becoming a fantastic main event heel, going out of his way to hurt people and stealing Okada's longtime manager.  White is knocking on the Big Four's door, and before long he'll take one of those spots on the roster.  This match should be significantly better than White's match with Tanahashi last year. 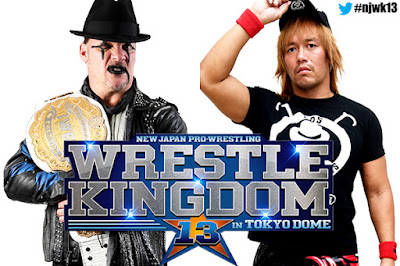 Jericho has once again reinvented himself as the middle aged, crazy villain whose matches stand out from the rest of the show.  The Jericho-Naito match at Dominion may have cut a slower pace, but it was exactly what it needed to be, and with the feud having escalated since then, this should be even better.  Naito obviously has to win back the title here. 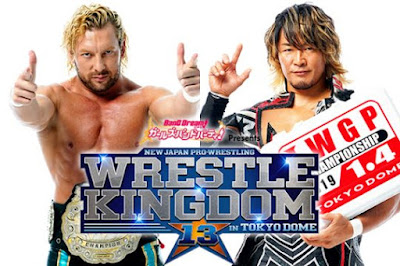 It's the time-honored veteran vs. the iconoclastic gaijin.  This feud has been all about the clash of styles, and which star will carry the NJPW into the new era.  I'd forgotten that we've only seen this match once before, when Kenny was just coming into his own as a main event guy and Tana was battling injuries.  This rematch, on the biggest possible stage, should eclipse that in every way.  Neither of these two will accept anything less than a ***** match, and when it's over we'll be looking at one of the great New Japan feuds.  I think Tanahashi wins here for the feelgood moment, setting up a rematch at Madison Square Garden.

Well that's your WK13 lineup.  Just sit back and enjoy it.  You'll be witnessing history.  Goddamn, this is gonna be amazing.


Posted by Justin Enuffa Ballard at 10:08 AM