AEW Double or Nothing Preview & Predictions

Hey kids!  It's the first-ever All Elite Wrestling predictions column, here at Enuffa.com! 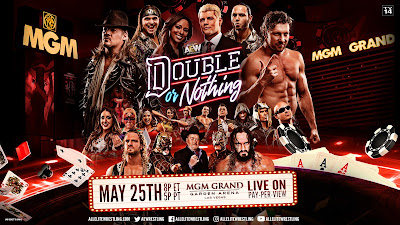 Landon and I are back to discuss and dissect the fledgling promotion's debut PPV (All In wasn't under the AEW banner).  This Saturday is the first official offering from Cody & company's upstart wrestling troupe, and they'll need to hit a homerun to really generate a buzz leading into their TNT series this fall.  I'd hoped to see the AEW championships decided here, but I guess this is more of a showcase to introduce everyone to the various players before determining the hierarchy.  Still this should feature some spectacular matches and hopefully get everyone talking about All Elite Wrestling.  I'm really rooting for this company to succeed and challenge WWE on their creative and business practices; this industry desperately needs a shakeup. 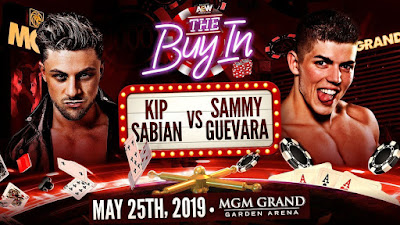 I know nothing about either of these guys, other than Guevara is a former AAA Cruiserweight Champion.  I have to think this match goes on first to warm everyone up and will be a fast-paced, high flying affair. 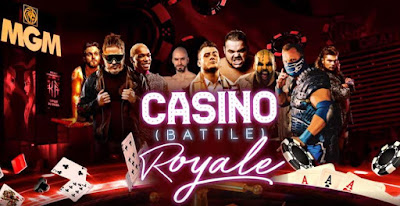 Unlike WWE's Battle Royals there's actually something at stake here, and that's a title shot.  It was announced this week that the winner of this match will face the winner of Omega-Jericho to become the inaugural AEW World Champion.  Kind of an odd way to crown a first champ, but okay.  The rules of this are, the participants will enter in groups of five at set time intervals, based on luck of the draw, with one super-lucky winner getting the final 21st spot.  Thus far none of the announced participants has a snowball's chance in hell of winning this, based on the stakes.  So one of the yet-to-be-announced names has to be takin' this one down.  Adam Page's match with PAC is off, so if they don't give him a substitute opponent he could easily be one of the four.  Other possibilities include Jon Moxley (I gotta think it's a lock he at least appears on this show if nothing else), CM Punk (who is currently booked to announce an MMA show in California that night), and Joey Ryan (who is booked elsewhere as well).  I'm hoping against hope that Punk is the man here but that seems like a longshot. 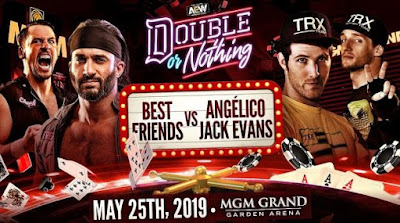 This one should be a fun tag match with lots of high flying.  I haven't seen Jack Evans wrestle in probably ten years; I wonder if he can still dazzle.

Justin: Best Friends for the win
Landon: Angelico and Jack Evans take it 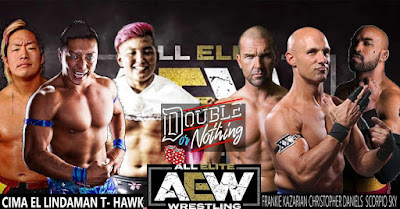 This'll be a wild affair - it's the ROH/TNA veterans against the OWE contingent.  Great way to spotlight Cima and company, especially since Cima is booked to face Omega in July. 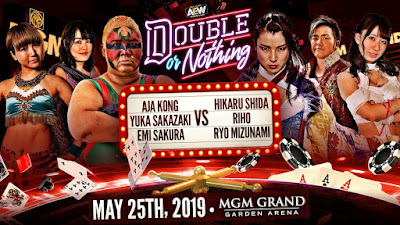 And this is the spotlight match for the women's division undercard.  I can't believe Aja Kong is still wrestling, I haven't seen her since Survivor Series 1995 when she was supposed to be Alunda Blayze's next foil (and then Alundra jumped to WCW).  This should be a fun match.

Justin: Aja and her buddies
Landon: I don't know anything about the women from this Joshi promotion, but I'll go with Hikaru's team to be confrontational with Justin. 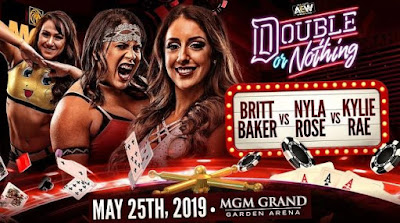 These last four matches are the real meat of the show.  Britt Baker seems to be the company's pick to spearhead the women's division and I'm guessing she'll end up the first champion.  This match will establish the company's top female stars. 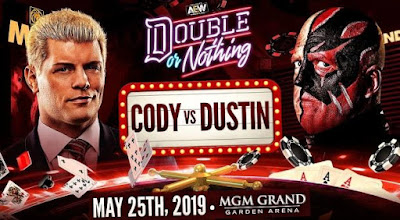 It's the WrestleMania match we never got.  And AEW has done a better job building it than WWE ever would have.  Dustin is in tremendous shape for his age and has been for about a decade, while Cody is excellent at putting on old-school-type matches.  Should be a fine outing. 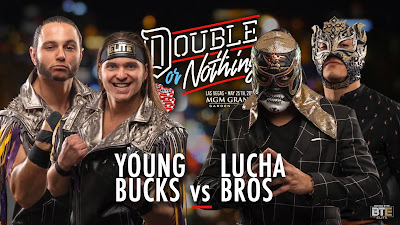 One of the two most exciting matchups on the card; this is gonna be insane.  I'd expect this to go 25 minutes or so and blow the roof off the dump.  Not much else to say. 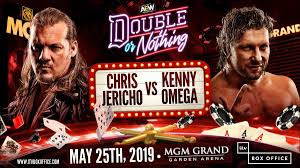 Here's the long-awaited rematch from WrestleKingdom 12.  Jericho has further reinvented himself as a sadistic crazy man, and this should be an unruly war.  Neither guy has wrestled since the Tokyo Dome so hopefully there's no ring rust.  As previously stated, the winner of this faces the Battle Royal winner for the AEW Championship.  Under normal circumstances I'd say Jericho wins this, especially since he's also challenging Okada in two weeks.  But there's no way Omega gets left out of the match to determine the company's first champion.  It would make no sense.


Should be quite an interesting show to set the tone for AEW.  Let's hope the PPV numbers are solid, I know the matches will be.