Welcome to another edition of WWE Predictions, here at Enuffa.com!

This Sunday, after an unusual six-week lag between PPVs, WWE is back with Money in the Bank!  I'm not sure why the de facto fifth Big Five show was moved directly after WrestleMania, but whatever, this show actually looks solid on paper.  There's some filler to be sure, but most of the big matches should deliver.  And boy does WWE need to hit a homerun right now.  The ratings have been in the toilet and their creative moves to reinvigorate the fans have reeked of desperation.  Wild Card rule?  Get the fuck outta here with this.

I've been saying it for years, but stop doing scripted promos and let these characters emerge organically, and 90% of your problems would go away.  Oh well, All Elite Wrestling's weekly show on TNT starts in October, and they've already announced that their promos will be genuine.  Man, that's gonna be great.

Anyway, let's get to this overloaded card.... 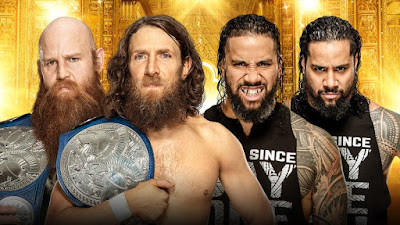 Look, I know Bryan's status was up in the air when they put this lineup together, but in what world does it make sense for him to be on the pre-show?  Bump something else to make room, or leave this off the card, no?  If given time this should be quite good, though it makes zero sense for the Usos, who just got moved to RAW, to get this match.  This brand split needs to just end.  Merge the belts and feature the big stars more or less on both shows.  You can have certain guys be on one show more than the other, but the split roster thing isn't working anymore.

Pick: Bryan & Rowan just won these belts so they're not losing 'em yet. 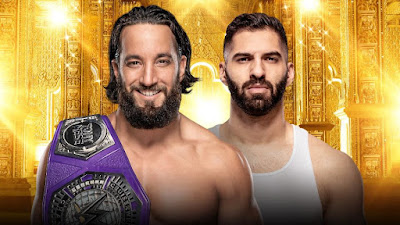 Another cruiserweight match that should be good but I'm not invested in it.  Nese is very talented though, and his 'Mania Pre-Show match with Buddy was quite solid. 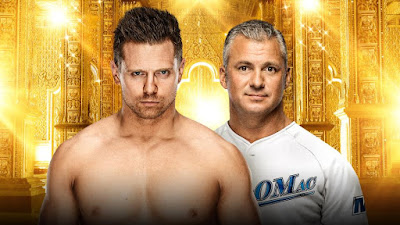 Fuckin' hell.  Why is this feud still going?  Why has Shane been featured on every PPV this year?  Why should I believe a cage match will actually keep the action in the ring?  This is one of two matches in which I have zero expectation for anything of quality.  Piss break.

Pick: Miz gets his win back from 'Mania 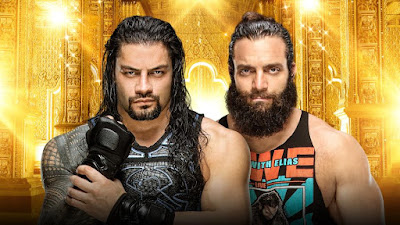 Fuckin' hell, part 2.  I saw these guys wrestle at a house show last year.  It wasn't good.  And this won't be either.  Roman desperately needs a hot feud before the fans turn on him again.  Elias is not going to provide that.  Elias is a fun character who engages the audience while doing his shtick, but his in-ring is still terrible.  Roman's matches are only as good as his opponent, so this will likely be the worst match of the night.

Pick: Roman wins this I hope 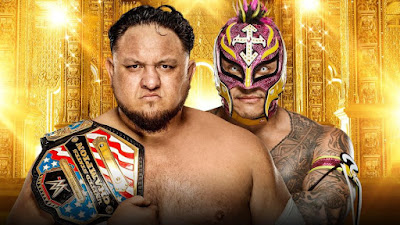 This was one of the 'Mania matches I was most looking forward to, so of course it only got one minute.  This will hopefully be the match we should've gotten in April.  Rey's been crushed all through this feud so far, which probably means he wins the belt.  Because WWE logic.  But I'll stick with Joe to retain I guess. 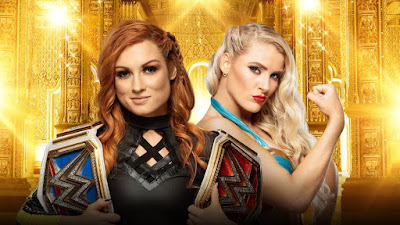 Becky is pulling double duty on this show.  One of her matches should be very good.  The other is this one.  Lacey is greener than Oscar the Grouch and has no business being put in this position yet; hell, she may end up being this era's Tom Magee - great look, tall, athletic, the type Vince loves, but drizzling shits in the ring.  If Becky can pull a good match out of her, Becky deserves a Hall of Fame induction now.  For the love of all things holy, Lacey better not win this. 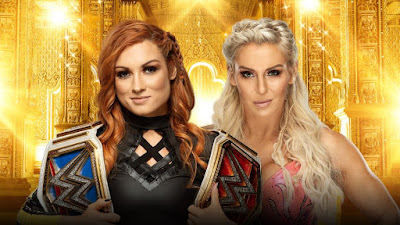 Well, we've seen this about a thousand times and they really should've booked Bayley for this title shot, but this should be good as always.  The fans love Becky and they hate Charlotte.  As long as they aren't burned out by the time this match goes on, the crowd should be pretty hot.  I'd keep Becky Two-Belts intact for a while longer. 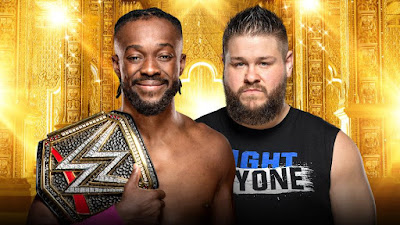 This was originally to be a 'Mania rematch with Daniel Bryan, but he got an undisclosed concussion injury last month.  So Owens was prematurely turned heel again and here we are.  This should be very good, if a step down from Kofi-Bryan.  Kofi has to retain though. 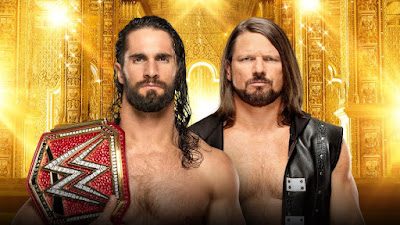 This right here sold me on the entire show.  Rollins vs. AJ is a first-time match in WWE and these are two of the best workers in the entire company.  Barring a badly "produced" match this should be an easy main roster Match of the Year contender.  Give 'em 25 minutes and get out of their way.

Pick: Seth retains so he can feud with Baron fucking Corbin next.  Christ....


Women's Money in the Bank: Ember Moon vs. Bayley vs. Mandy Rose vs. Natalya vs. Naomi vs. Alexa Bliss vs. Carmella vs. Dana Brooke 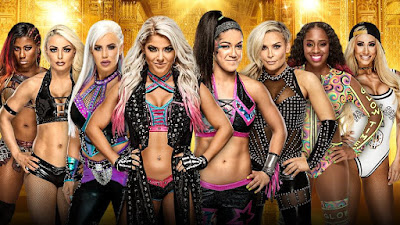 This....is not my kinda women's lineup.  What the actual fuck is Dana doing in this?  Or Mandy?  How 'bout you make nice with Sasha again and coax her back to TV?  I get that Carmella is a former MITB winner, but her inclusion stinks too.  I know who by all rights SHOULD win this, and that's Ember.  But Vince prefers blondes.  So it'll probably be Mandy.  Eff this place.

Update: Alexa Bliss has apparently not been cleared for Sunday and this doesn't look good, given her months-long concussion issues.  A replacement is being announced soon...


Men's Money in the Bank: Finn Balor vs. Drew McIntyre vs. Randy Orton vs. Sami Zayn vs. Ricochet vs. Ali vs. Andrade vs. Baron Corbin 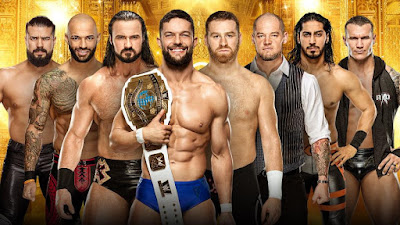 Well, subbing Sami in for Braun was an improvement.  There's some damn fine talent in this match and it could end up being one of the best in the series.  Sadly there's also Baron fucking Corbin.  When are they gonna cut bait with this guy?  He's not over, he will not ever be over.  Stop pushing him.  Ricochet should be the guy who wins this, to create an exciting new star.  But it'll probably be Drew.


There's your MITB lineup.  Not too shabby at all, but WWE can't be trusted to not fuck it up, so my expectations are tempered.  If they just hit a triple I'll be satisfied I guess.