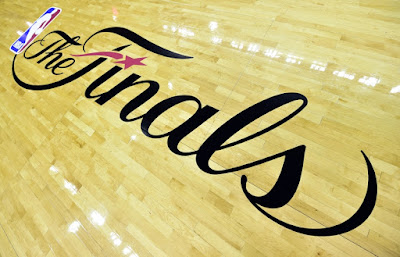 The grand finale has been set. Warriors vs Cavs 2.0. Golden State is looking to lay claim as the greatest team of all time after winning a record 73 regular season games (Even if they win, I wouldn’t call them best-ever). Cleveland is looking to avenge last year’s finals loss. This case has a lot of in & outs, lotta what-have-yous and such. That’s why they sent me to preview it, I am expert. 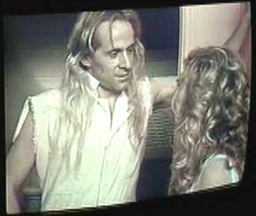 (EDITOR’S NOTE: this self-proclaimed "expert" stated, and I quote, “There’s no way OKC loses three in a row”. So…ya know)

This thing is going to be in 2 parts. THAT’S RIGHT! You’re getting an actual game breakdown, and gambling advice. Because I’m one generous son of a bitch. You’re welcome.

There are a million factors to consider in this matchup, so let’s hammer out a few of them…

Start right off with a no brainer. Steph Curry is the greatest shooter of all time. We all know this. The part that gets forgotten sometimes is that Klay Thompson is right there with him. Make no mistake, the reason Golden State even survived the Oklahoma City series is because Klay (His mamma named him Klay, I’ma call him Klay) went OFF in game 6. If Green or Barnes start hitting them too, forget it, game's over. For the Cavs, they have to try to resist the urge to match 3-point shots with them. Because if they do, it would be a bigger mistake than me taking my shirt off at the pool. There will be times in the series when the Cavs will succumb to this urge, and hoist several bad 3s. Every Warriors opponent does at some point. It’s impossible to avoid when Baby-Face Killah & Klay are hitting shots from across the street. EDGE: G-STATE

At first glance, you’d probably give this one to the Warriors as well. But I’m leaning the other way, because as my good friend Dave Moore says, “Sometimes you gotta lean.” Nobody in the league plays better small ball than Golden State. When they throw out Curry-Klay-Barnes-Iguodala-Green on the floor, it’s a nightmare for the other team. It’s their best lineup by far as Klay, Green & Iggy are all excellent defenders as well. The other combinations they could use are very hit or miss. Their bigs aren’t consistent. Bogut will be in foul trouble all series. He probably has one or two already. Festus Ezeli sounds more like a holiday at the Costanza’s than a basketball player. And while he does boast a high strength-to-weight ratio, he loses the feats of strength once he’s a few steps away from the hoop. As for Cleveland, they mix it up a lot more. This is all of course predicated on the fact they have LeBron James, who can play every position if needed. (Quick LeBron tangent: He’s a douche, and acts like a whiny bitch sometimes. But he’s now in his 6th straight finals. That’s RIDICULOUS. Guy has been a machine. Hard to imagine any team he’s on being an underdog). Cleveland can go small and try to match the Warriors with Bron-Kyrie-JR-Shumpert-Love, or big with Tristan Thompson and Channing Frye. Frye specifically gives Cleveland some creativity, as 7-footers who shoot 3s are rare. Also, fries are delicious. The key for the Cavs is going to be picking their spots to go small versus big (OKC made a glaring error in game 7 of their series with Golden State by leaving Steven Adams on the bench at the end of the game, and going small instead). And the fact that I navigated all this small/big talk without a single dick joke is either impressive or disappointing depending on your point of view. EDGE: CAVS

Any team that JR Smith is on loses in this category. He’s an absolute MORON. I’m shocked he can even get his jersey on. Beyond that, Kevin Love’s confidence is more fragile than Humpty Dumpty (That’s right! I got fucking egg jokes, what of it?). And LeBron acts like Nancy Kerrigan getting clubbed in the knee if he doesn’t get calls. EDGE: G-STATE

Steve Kerr versus the ventriloquist act of LeBron & Tyronn Lou. I’m actually impressed with how well Lou moves around with an arm up his ass. EDGE: G-STATE

Oakland or Cleveland…YUCK. Fantastic, you can either get stabbed or tuberculosis. At least with Golden State, you can drive over the bridge into San Fran pretty easy. As long as your car still has wheels. Not that that would ever be an issue on my mind…. 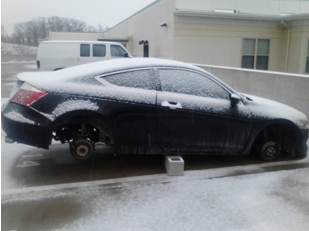 (Over 3 years ago and still waiting for a call from the detective in Revere. I’m sure they’re working the case hard)

As far as actual play, both teams sport great crowds. Golden State has only lost at home 3 times all year, while Cleveland hasn’t lost at home yet these playoffs. EDGE: Slightly G-STATE, only because they have home court this series.

Golden State has the edge in most categories, but Cleveland has plenty going for them. In last year’s finals, Cleveland was without both Kyrie Irving and Kevin Love, who are unquestionably their 2nd and 3rd best players. Those guys are a huge addition for them in the rematch. Not to mention if LeBron goes off, there’s nobody on the planet that can stop him. Also, the Cavs are guaranteed to out-rebound the Warriors. If they’re getting a ton of offensive boards and extra possessions, it not only gives them more scoring, but it also mitigates the damage Golden State can do on the other end. I came really close to picking the Cavs in 6 games. But I just can’t. I’m going with the Warriors. The Pick: Golden State in 7 (Sure, not exactly going out on a limb, but that’s what I think will happen. So go fuck yourself).

Were you able to make it through all that? Great. Now onto the most important part of this. Making you money…

I’m rolling with the Warriors -210 but I don’t love the line.

I’m only listing the top three guys on each team. Iguodala won this last year and is currently at +2000. But that was an anomaly. If the Cavs win, LeBron will be the MVP. Don’t talk yourself into another Cavs player because of the return. You’re wasting money. For myself, I’m rolling with Klay Thompson at +500. He’s been incredible this postseason and I think that continues. Plus he’s my 2nd favorite “Klay” right behind Bill Clay who works in Nakotomi Plaza.

I’m going with the OVER. But the bet isn’t important. I would just like the information on the subject. Asking for a friend.
Posted by Justin Enuffa Ballard at 3:44 PM