Welcome to another round of Enuffa.com PPV Predictions!

This Sunday is New Japan's second biggest show of the year, Dominion, and what a stacked card it looks to be!  The company is doing a fine job adjusting after losing several top talents in January, and while there are still holes in the roster (ahem, tag division) they've managed to put together some pretty outstanding shows in 2016.  Dominion on paper appears the strongest card since WrestleKingdom. 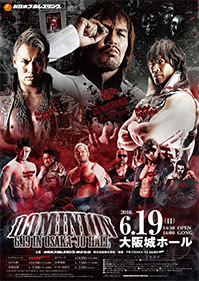 Last year's Dominion was the first New Japan show I did predictions for (hard to believe it's been almost a year), and I went 8 for 9.  This time my esteemed colleague Landon Wayne will be offering his picks as well.  So let's get to it.... 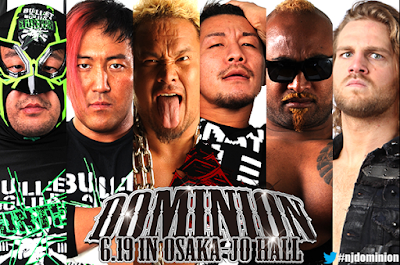 This is the one throwaway match on the card, once again featuring Bad Luck Fale.  Not sure where they're going with this guy.  I've never been much of a fan, but he's been treading water killing guys at the bottom of the card for months now.  Time to shit or get off the pot.  Adam Page from ROH is making his NJPW debut as a newly initiated Bullet Club member.  We'll see what happens there. 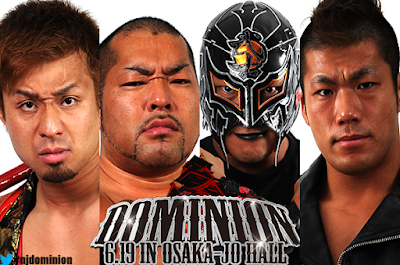 This could be a decent little tag match, as the Sanada-Ishii interaction should be fun to watch.  Going forward I'd say Ishii should move into the I-C Title hunt; I'd love to see him face Omega this fall. 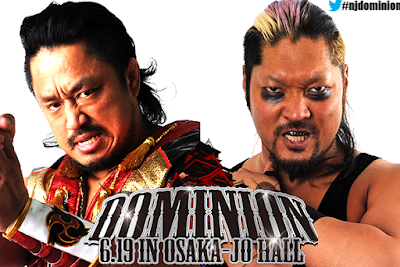 This'll be the third PPV singles match between these two.  In the first outing Goto won by disqualification after getting killed by Los Ingobernables, and in the second Evil won.  So Goto's due here I think. 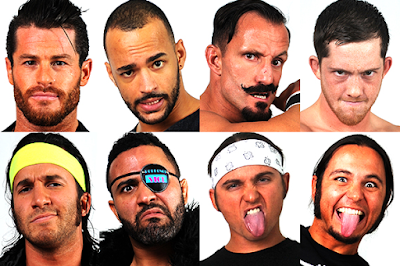 Now we get to the meat of the PPV, the first of a whopping six title matches.  This is your garden variety Jr. Tag four-way, which one could argue are very overplayed.  But it should still be a helluva good time.  This is actually a direct rematch from WrestleKingdom 10 except Sydal & Ric are the champs going in.

Justin's pick: The Champions just won the belts back at Dontaku and these straps have been bouncing around excessively in 2016.   So I'll stick with the champs to retain here.
Landon's pick: Please. Don't. Change. The. Titles. Again. Super High Flyers to retain. 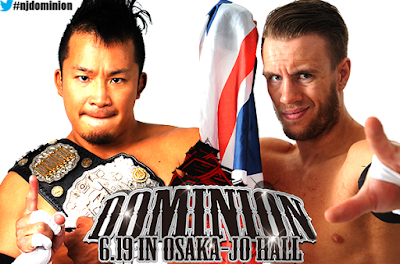 Oh man this is gonna be great.  For anyone who hasn't watched the Best of the Super Juniors tournament yet, these two were arguably the MVPs of the entire run, delivering a dozen instant classics between them.  Now it's time for them to face each other once again (Their match at Invasion Attack stole the show).  In just two short months Will Ospreay has become one of New Japan's hottest attractions and there's virtually no limit to this guy's potential if he can stay healthy.  We're probably looking at the Match of the Night right here.

Justin's pick: Ospreay capitalizes on his momentum to win the gold
Landon's pick: Ospreay riding the wave of BOSJ momentum. Makes a really great story, getting the belt within this short of time. 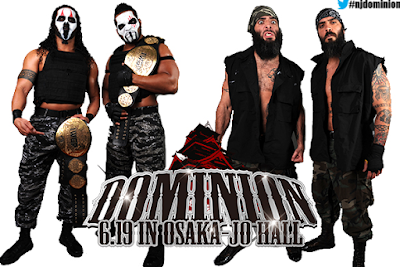 Well that's one way to fix your division.  I'm pretty damn excited about the Briscoes returning to New Japan and probably winning the Tag belts.  The Briscoes have been one of my favorite teams for several years now, and given how nonexistent New Japan's HW tag division is, they're a welcome kick in the ass.  I've said it before and I'll keep saying it: it's time for an Openweight tag division.  Just unify the two sets of belts and let all the teams fight over them.  You'd get a host of new matchups and the Titles would have some prestige again.

Justin's pick: The Briscoes have to win here
Landon's pick: Who cares about the tag titles anymore, really. But for formality, Guerrillas of Destiny. 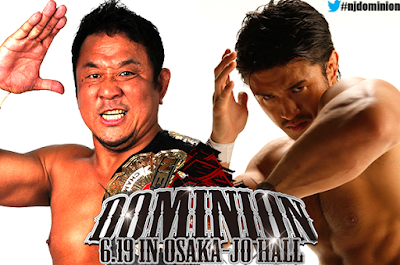 It's a rematch from Dontaku, and it's gonna be another slugfest.  Nagata won the belt in a minor upset to keep the feud going, but I have to think Shibata regains it here and moves on to a new challenger while resuming his role as the new NEVER Openweight centerpiece.  This will be brutal. 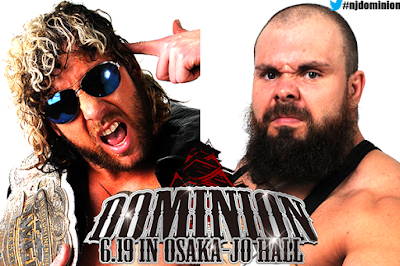 Goddammit.  I was super excited for Omega vs. Tanahashi II, particularly in terms of seeing what Tana would bring to the first-ever NJPW Ladder Match.  But Tana's injured indefinitely and Michael Elgin will take his place.  Don't get me wrong, Omega-Elgin should be great (Their match a couple months ago was a wild melee), but it isn't quite the same.  Hopefully Tanahashi won't miss too much time and we'll get that match this fall or something.  Anyway this should be a potential show stealer regardless.

Justin's pick: If it were Omega vs. Tanahashi as scheduled I'd be 100% picking Omega to retain.  With the substitution I'm not so sure.  I could see Elgin winning the belt and keeping it till King of Pro-Wrestling or so.  Eh, I'll stick with Omega I guess.
Landon's pick: Omega retains. If he wasn't going to retain it before, he sure isn't losing it to Elgin here. 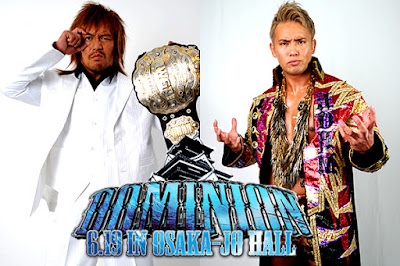 This is the big rematch of the summer, as Okada tries to avenge months of LIJ being a constant thorn in his side.  Naito is still a red-hot anti-hero and actually seems right at home as the unconventional heel Champion.  Given the available options I have to think this will also main event WrestleKingdom 11.  For that reason I can't see Okada winning the belt back here.  Naito will retain, Okada will win G1 and earn another rematch in January, at which time he'll finally climb back atop the NJPW mountain.

Justin's pick: Naito retains
Landon's pick: Waiting for Naito to drop the title at WK11 is smartest. Keeping it this night.


Dominion should be a notch or two above the past four or five New Japan PPVs.  Lots of potentially great stuff going on and some new faces in various title hunts.  It's gonna be a busy Sunday for me, between this and Money in the Bank.  Enjoy the show!
Posted by Justin Enuffa Ballard at 9:29 AM