Welcome to another edition of Enuffa.com predictions! 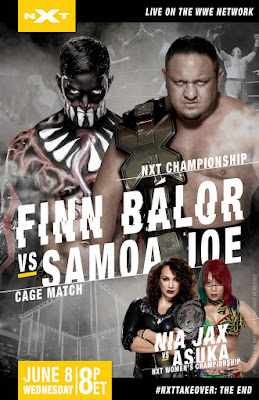 Well tonight is the highly anticipated NXT TakeOver special, cryptically entitled The End.  The end of what?  Not sure.  I'm guessing the Balor-Joe feud, but there have been rumors that the title implies the upcoming brand split on the main roster will have some sort of overarching effect on NXT as we know it.  I hope dearly that this is not the case, as NXT and its TakeOver specials are the one aspect of WWE programming the company consistently gets right.

Case in point is this special tonight.  Holy shit what a lineup!  Let's get to the predictions.  Here to also offer his picks is my associate Landon Wayne, whose NXT Weekly Recaps can be found right here at Enuffa.com! 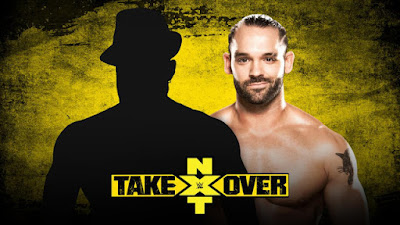 This little number will likely be just a showcase for the debuting Andrade, who was previously La Sombra in Mexico and Japan.  I had the pleasure of seeing him at the NXT Lowell house show in April (plus some of his Sombra work in New Japan), and this guy is a treat to watch.  Dillinger is a solid hand in the ring and should give him a good debut win.

Justin's pick: Andrade
Landon's pick: The obligatory debut of this Takeover show. The former La Sombra goes up against Dillinger in what is sure to be a good match, but will still be in the shadow of the rest of a stacked as hell card. If you've read my articles you know I like Dillinger a lot, and hope he can go on to better things after this appearance. 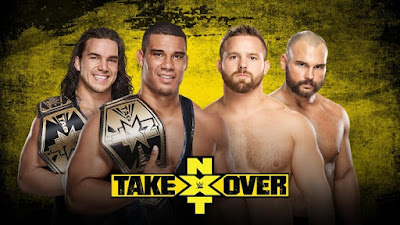 I love watching these two teams.  This is easily the best WWE tag team feud in quite some years.  It's like watching The Steiners vs. Anderson & Blanchard.  Their match at Dallas was fantastic and I expect more of the same.  Both teams are good enough for the main roster by a mile, but selfishly I hope they stick around NXT for a while longer.

Justin's pick: AA retains
Landon's pick: Gable, Gable, Gable, Gable... GABLE will be great as always, as will his partner. This match caps off a feud but also represents the zenith of tag team action in NXT. I don't think the division will ever be this as good ever again. Still, the era is gonna go out with a bang.

American Alpha to retain, Revival to get lost in the shuffle as soon as they go to RAW, but it was fin while it lasted. 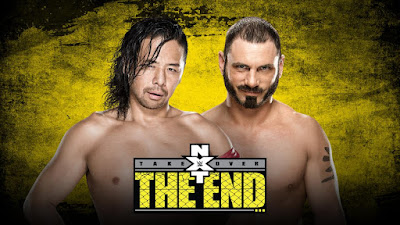 This is gonna be off-the-charts fucking awesome.   Not much else needs to be said.  Aries is one of the best workhorses of the past fifteen years and Nakamura is in a class unto himself.  If this isn't one of the top five WWE matches of the year (at least) I'll be shocked.

Justin's pick: Nakamura
Landon's pick: The two Dallas debuts will be going up against each other to determine the number one contender. This may end up being the best match of the night, with the Joe/Balor match being the biggest competition. For me, I'd rather have Austin challenge Joe first for the title, to give Naka more buildup, but I think the writing's on the wall. 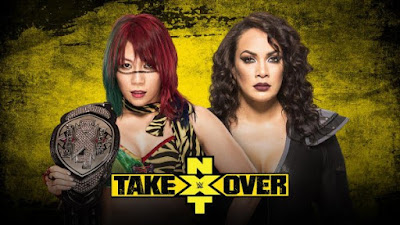 Love this matchup.  I've been looking forward to this since last fall when it was first teased.  Asuka is in many ways the female Nakamura, seemingly secreting pure charisma out of her very pores without needing to say a goddamn word, while simultaneously a complete and total badass between the ropes.  Nia Jax is quickly becoming one of my favorite monster heels, building a compelling bruiser character from the ground up.  This one for me is the hardest to pick, as I don't see Asuka losing already but I also don't see Jax dropping two Title challenges in a row.

Justin's pick: What I'd do is have Jax beat the bejeezus out of Asuka at the end and accidentally get herself DQd.  Asuka retains her belt and her undefeated streak but now has a reason to give Jax a rematch.  And Jax gets to claim Asuka couldn't beat her.
Landon's pick: Asuka and Nia is a Kobayashi Maru of sorts. To put it on either woman isn't exactly a good choice. Nia shouldn't have it, but has nothing to do without it except squash new girls again, no excuse to have competitive matches. Meanwhile, Asuka doesn't need the title to be her badass persona, but to lose it knocks her down a few pegs, Overall, I'm gonna enjoy the match in the moment, but the nagging will still be in my head. Again, this is really showing the end of a really significant era of NXT, since ALL of the established girls are on RAW, except for these two and Carmella, if one could call her legitimate. 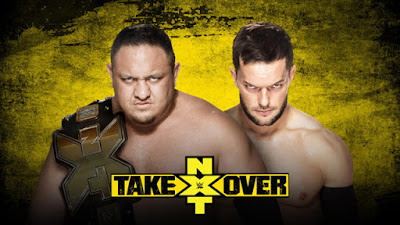 Joe vs. Balor has to be the best men's feud in NXT's young history.  This will be their third go-round at TakeOver, and both previous matches (plus the historic house show match in Lowell) were fantastic.  I'm also excited about the cage stipulation since it's never been done before in NXT.  See how much more fun gimmick matches are when you don't beat 'em into the ground?  It's so simple really.

Justin's pick: Joe beats Balor to end the feud and send Finn packing to the main roster.
Landon's pick: Ahem, it'll be Day 48, by the by. Gotta keep the schtick alive. These two have done their damnedest to get people invested in the match, and it's worked fantastically. Finn most likely going up, and Joe to have a mighty good title run in the future. Nothing really to say, except that I predict double juice.

Joe defends, 237 days to be the longest reigning champ in history.


Goddamn this show's gonna be insane.  NXT has their work cut out to top Dallas, but this lineup may just do it.  The TakeOver series has been pound-for-pound the best regular WWE event in decades.  I hope the title of this edition only refers to the finale in the Joe-Balor feud, as TakeOver certainly ain't broke.

Anyway, thanks for reading, and enjoy the show!
Posted by Justin Enuffa Ballard at 10:06 AM