Thankfully week one is over. I suffered a brutal 1-point loss but I’m not upset. WHY DIDN’T KC COME TO PLAY IN THE FIRST HALF!!!!  Ok, maybe I’m a little upset but I’d like to think I learned from my week one mistake. Like that time we went to Florida and vowed never to return. I learned my lesson and have only been back few times since then. I took a big dump last week like,

On paper, this thing looks like it’s going to be a shootout. The Bucs hung 31 on the Falcons (I bet Danny could fly higher than the Falcons with that feathered hair of his. God it looks so good!). Winston looked great and the muscle hamster contributed just under 100 AP yards. Their offense should put up a lot of points this year and their defense is atrocious. They couldn’t stop a drunk Ryan Lochte from vandalizing a Brazilian bathroom. It’s embarrassing. On the other hand, The Cards put up 21 on a really good Pats defense. Imagine what they’ll do to the Bucs. David Johnson and Larry Fitz are going to be busier than me and my wife on her birthday in Newport this weekend. Over like ya read about.

How some things never change. Your boy has once again provided you gambling fortune, while Cousin Itt & Elmer Fudd  have left you in financial ruin.


Based on their track record, I’m not sure either of these bozos actually watches football. At this point, taking advice from them on NFL wagering is like getting a book recommendation from Derek, or a gourmet food recipe from Scotty Pickles.

Depending on where you look, Green Bay is favored anywhere from 1 to 3 points this week. I’d love to be betting them at -1, but I’m still not concerned even at -3. For the second week in a row, the Pack are road favorites. Last week they didn’t cover (Poor Danny). So you would think I’d look elsewhere. Oh contraire mon frère (French phrases on fleek)! You see, the gambling gods have bestowed upon us all a great gift. And that gift is named Sam Bradford. Ol’ deer in the headlights is once again on a new team and most likely suiting up. For reasons that nobody with eyes understands. He has the pocket presence of a blind squirrel and I for one am DELIGHTED to reap the benefits. Oh and if he doesn’t actually start, it will be Shaun Hill behind center. Shaun Hill. Are you fucking kidding me? Yes, the Vikings have a good defense. Yes, they scored 2 touchdowns last week. But that was against the Titans. Most of you have probably forgotten that was even a team. A-A-Ron isn’t going to be so generous with turnovers. Packers win easy 27-13.

I have no excuse for last week’s failure (except I suck). I did research. I planned accordingly. I picked an away favorite in Week 1. So, did they cover? 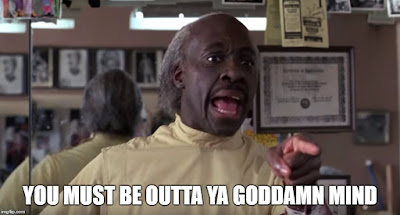 Fucking of course not. As sure as the Patriots keep drafting good (and gorgeous) QB’s, I’m just as sure to make garbage picks. But whatever. I’ve still got a better mane of hair than either of those two walking penises. Anyway, onto my pick, brought to you by Glad.

I’m all aboard the Stafford train (Gotta use trains in Detroit. Dunno if you heard, but the auto industry there…it’s not my kind of auto industry). I love that fat-faced, baby-lookin’ loser. Theo Riddick was a dangerous weapon last week and he’s gonna be the go-to guy for QB Baby Herman. Plus, the offensive coordinator’s name is Jim Bob Cooter! Any guy named after the second-most fun lady hole is A-OK in my book.