There’s a lot of factors that go into forming a truly good match. You need good in-ring work, good chemistry, and a proper build up that lends a match real quality. But sometimes you don’t want the really nice, 5-course meal. Sometimes you just want a triple cheeseburger and large fries. That’s what this list is gonna be about. I’m counting down the matches I love to watch over and over, that people wouldn’t need context for, and can be conveniently found on the WWE Network. Prepare for hardcore matches, stupidity, and rowdy fans, as I count down my Top Ten Junk Food Matches on the WWE Network.

10. Edge vs Rey Mysterio vs Drew McIntyre vs Wade Barrett vs Kane vs The Big Show - Elimination Chamber 2011 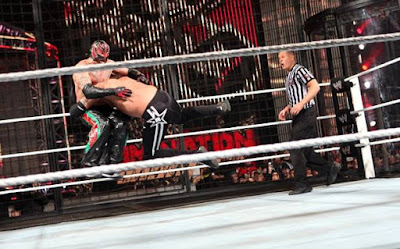 The first of many carwreck matches featured, and the most recent match on this list. Edge’s penultimate Pay Per View appearance has him defending his title in one of the most crazy chambers since the stipulation became a yearly event. Major props to Drew McIntyre for showing a year’s worth of unused aggression in a 15-minute period, and Rey Mysterio for taking a year’s worth of ridiculously dangerous spots into and through the pods of the cell. Points are removed, however, for the succession of three eliminations in about 2 minutes near the end of the match. Still a fun watch.


9. Kane and The Big Show vs Lance Cade and Trevor Murdoch - Taboo Tuesday 2005 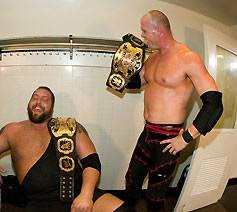 This is not the last time either Kane or The Big Show will be on this list. The match is fun to watch for a few reasons. The crowd was uncommonly hot for this match, either because of the fans' dislike for Cade and Murdoch, or for the gladiator mindset of wanting to see any fools destroyed by killers like the challengers. There was little heat in the match, less by chance and moreso design. It’s not often that Kane has to take the beatdown for his team, but in this match someone has to be the weak half of the pair. A good match to laugh at. 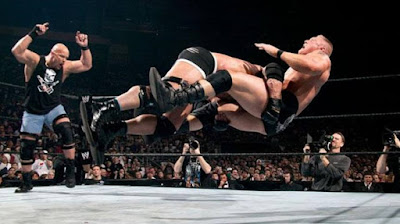 A match that needs to be seen to really understand. Taking two men whose schtick is complete dominance over lesser competitors and having them fight each other sounds great on paper. Unfortunately, Brock was leaving for the NFL and Goldberg’s contract was up, and the New York City crowd knew that the match had nothing worth investing in. The first of the matches on this list where the crowd makes the match good, special guest referee Steve Austin gets credit for being the least interested person in the arena, there to Stun each man after the match was over. Arrive, Raise Hell, Leave indeed. 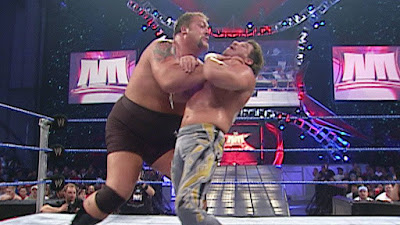 The ultimate, realistic match between a man that’s 7’, 500 lbs., and a man 5’8” 220 lbs. Eddie uses everything in his bag of tricks to put Show down in this match. We see low blows, trash can lids, and title belts all used. I like this match so much because it’s what I assume what we all would do when faced by someone the size of the Big Show. From a year of very good PPV matches, this is one of my favorites. I can’t talk much about a lot of wrestling from the 80s or 70s (or Japan apparently), but I’d easily call this the best Big Man, Little Man match of this millennium. 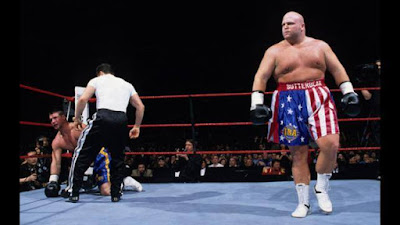 Poor Bart Gunn. The man did his one job, by winning the shoot mess named the Brawl For All, and was rewarded with having his career shot dead in the water. I don’t have the time or willpower to explain the whole tournament this came from; you can check out a good summary HERE for the whole situation. It was a terrible idea with a terrible fan reaction with a bad turnout. But I’ll be damned if I won’t watch Butterbean kill Bart in this match. That’s really all I have to say. 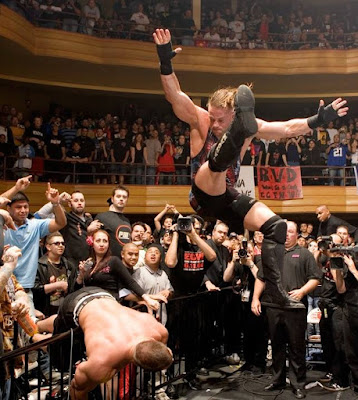 You will never see a crowd so unified against a single person again in my estimation. In what is probably Cena’s best match in 2006, the unison crowd told him that he still sucked regardless. My dislike for Big Match John has eroded over the years, settling comfortably at moderate respect, but it does not stop me from enjoying the crowd’s dislike. As previously mentioned, the match itself is very good, with Van Dam using as much as he could against Cena to nearly no avail. John plays a very good, no-fucks-given heel who’s only there to defend his belt and get out. With an ending that was screwy yet feel good, number 5 stands out as the first match on the list with no-disqualification stipulations. And brother, it certainly isn’t the last (Note: No, I don’t count the chamber match as no-DQ, as per the design of the cage no weapons or unusual shenanigans could be pulled.). 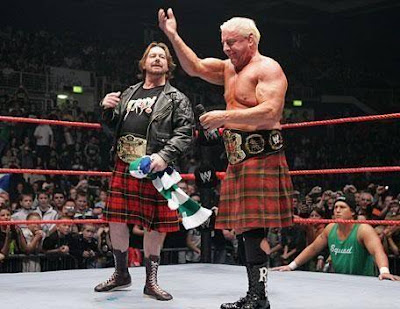 This match is so much fun. It’s also probably the worst match of these ten. But there’s something in me that just loves the sight of Ric Flair and Roddy Piper fighting off the goofs in green. Highlight of the whole match is Roddy Piper's entire demeanor of “Why the hell did these people pick me” as he walks to the ring. But the fallout of the match is also worth mentioning, with the entirety of the Spirit Squad feeding into Dusty Rhodes' elbow. Classic, top to bottom. 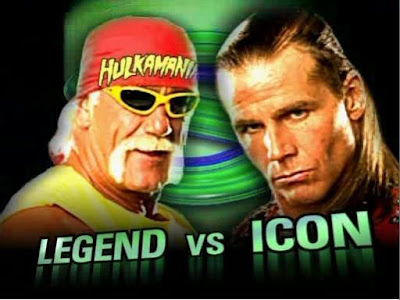 Shawn Michaels is arguably the greatest performer of all time. But dear God, you should never piss the man off. To cut the backstory short for those who don’t know, Hulk politicked out of a 3-match series into showing up once to go over. Shawn took exception to that, and in the process turned the opening 5 minutes and the closing 5 minutes into the wackiest of either man’s career. Shawn oversold all of Hulk’s offense, throwing himself out of the ring after a shove, and having his whole body rocking after a leg drop. Like Goldberg and Brock, this is a match that must be seen to be believed out of sheer hilarity. 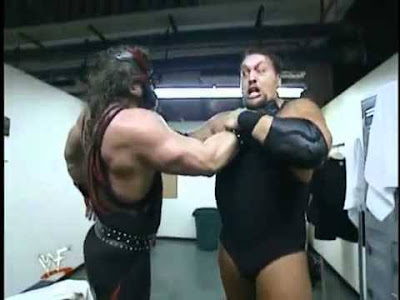 This entire match is a monster movie, and Raven plays the Japanese Army. I don’t even know whose sins Raven was dying for in this match, but someone got out of purgatory for what Raven went through here. I want to say right now that I don’t like hardcore wrestling that much anymore, I actually prefer less shenanigans over more. But this was the peak of the Attitude Era's 24/7 rules, with Kane and Big Show killing each other throughout the arena. Raven goes through a window (planned) and gets run over by a golf cart (unplanned, and you can tell by Raven’s cry to the heavens) for the crime of holding a quaternary title. Great brutal fun from two giants and my poor brother.


I wanna say this right now. I don’t ever want to see a match like number 1 ever happen again. With what we know about concussions, I hope I never see another chair shot to the head. But, it’s already in the past…

…and this match is the greatest display of concentrated violence you’ll find on the WWE Network, possibly in all of the internet. No blood, no trash can lids, no kendo sticks. Just two men, chairs and three broken tables. The level of violence in this match is extreme, even for this PPV. It’s brutal, it should be horrifying, but it’s a relic of the past and I love it. It is my number one guilty pleasure, and I’d never turn down a chance to watch this match and hear everyone’s reactions, one more time.