Well, the NFL made us all their bitch last week. All three of us useless prognosticators lost.


I’m sure Brandon, with his pepperoni tits &and Miggsy with his less than alluring stench, will somehow try to spinzone this into only me being terrible, but the truth is in the stats. Combined, we’re 1-5. If we were coaching in the NFL, we woulda just got called into the office.


But it’s new week, and we shall press on.

One of my favorite annual traditions of the new football year is the standard “This is the year Jay Cutler figures it all out” story. Been reading that for going on 10 years now. Does this look like a man that is figuring anything out?!?


The man has nothing figured out (though his wife is super hot. I’d like to split her in half like a piece of fire wood). And now he’s injured and not even playing. Which STINKS, because even though he sucks, I love watching him fail. Just love that attitude of “Whatever, I threw a pick, I’m rich, gimme a cigarette”. But I cannot see his Bears going into Dallas and beating that team. Even with the boys starting a rookie QB, they should easily beat this Chicago team by double digits. Chicago could give Cleveland a run for worst team in the league. It’s AWESOME.

Well we really took it on the chin last week. Who figures Sam Bradford would have a good game against the Packers? It’s the same odds of an immigrant having a pony. Hey, I guess that’s why they call it gambling, AMIRITE??? Yuck. Alright so you’re down a few bucks from last week. Quit crying about it. You know what the responsible thing to do is….GET IT ALL BACK THIS WEEK! If you’ve never been chasing that rent money back, then quite frankly my friend, you’ve never lived. Now before I get to the pick, I’d just like a moment to address my two comrades in this blog. I often use this time to make fun of some slight defects in their personal appearance or lifestyle choices. But I don’t mean it, and I feel bad saying these things. I don’t want to do it anymore and I just want you guys to know that I truly respect you…

…..I’m just fuckin with ya. You’re both fat and terrible. On to the pick.

The following question comes up often and there’s never an answer for it: “How does Jeff Fisher still have a job?” The reason there isn’t an answer is because there is no actual football justification for his head coaching position. The man goes 7-9 or 8-8 EVERY YEAR. And they haven’t had a good QB in his entire tenure there. But I am here today to tell you that I have found out why he is still employed.

See, this is Jeff Fisher: 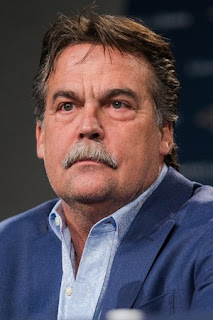 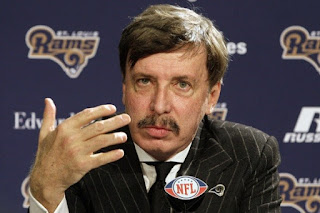 It’s a MUSTACHE ALLIANCE!!! Jeff Fisher isn’t going anywhere. Stan might get mad at him, but all Jeffrey needs to do is switch the convo back to mustache wax and little combs and he’s back in his good graces.

As far as this game is concerned, the Rams offense is as competent as the MBTA. And I think Tampa is better than what they showed last week in Zona. Winston had a bad game on the road, but will bounce back at home. Look, I’ve been in Florida. Winston is the preferred tobacco product down there, take my word. And I’ve been a fan of this kid ever since he was catching ghosts in the 80s. He’s seen shit that’ll turn your ass white.

I’m 0-2 by a combined 4 points. I need a win badly this week. The last thing I want to do is listen to the other two morons about picking football games. I’m sure old man Danny has ripping good yarns about how Johnny Unitas used to rule the gridiron. Brandon shouldn’t be boasting either. He thinks bowlers are athletes. 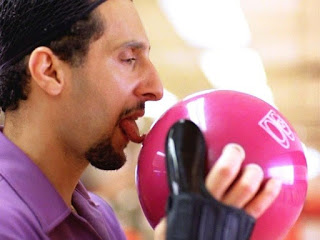 Tennessee has scored 16 points in each of their first two games. All I need is Derek Carr to put up two TDs against a terrible Titans defense? Surely you jest. That boy so good makes me want to put him on a plate and sop him up with a biscuit. I had to look up who was on Tennessee defense and I still didn’t know who any of the guys were. Just a bunch of bums and we all know what happened to the bums.