Let's get this outta the way: that title is clickbait and complete hyperbole. 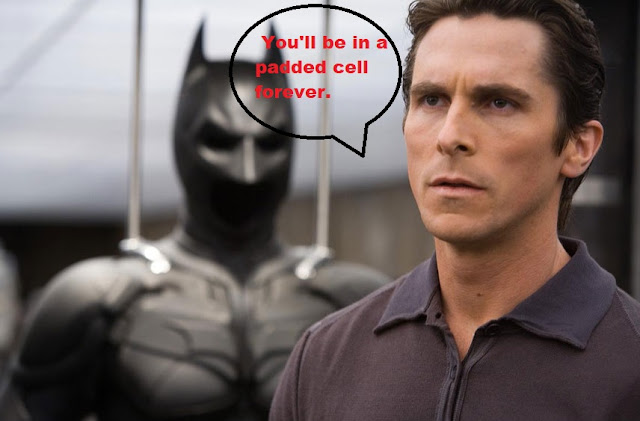 Even Bruce agrees I'm a nutjob.

But there's always been a part of those movies that has pissed me off (besides the Batman smoker's voice).

Bruce Wayne leaves Gotham city and heads off to the great expanse of the globe to become a crimefighter. A tale as old as time. No problems there. It's when he returns to Gotham that it starts to get a little messy.

Bruce buys a buncha shit and decides to fight the crime makers. Great. And he's dressed up like a dunce because his fetish gear I mean Bat suit ain't ready yet. 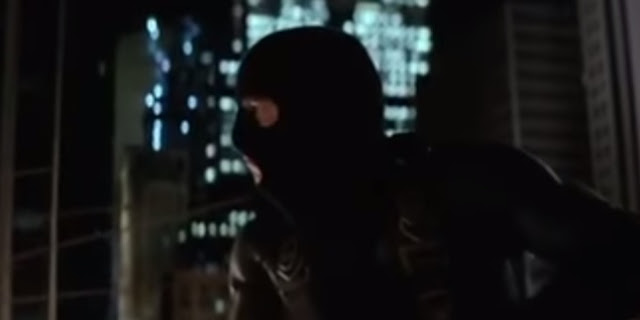 Then he becomes Batman proper, beats up Liam Neeson and is told at the end of Batman Begins that the Joker is coming for that ass. The Dark Knight begins with Batsy hot on the trail of the Joker from the previous movie. So he starts fighting It and also beats up on a victim of a tragic accident that has left him facially disfigured.

He kills that dude and that's the last time he was Batman. So from the time he got back to Gotham, became Batman, killed Rob Roy, defeated the Joker and murdered Skeletor, he was fighting crime for what, 8 months? Maybe a year? In that year he goes from this... 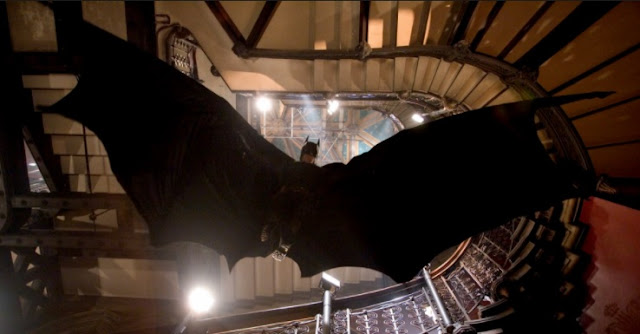 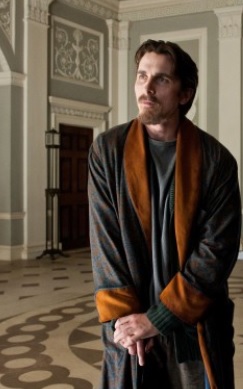 "Who could love me?"

Come on with this. The timeline is far too narrow for this insanely in shape superhero to become...well, me, in the span of maybe a year.

"But, Dan, there musta been a few years in between BB and TDK, right?" Great question, pretend internet emailer. If that's the case, then Bruce Wayne fucking SUCKS at Batman-ing. So, Gordon tells Bats "Hey, yo, there's a homicidal dude dressed as Bozo fucking shit up. You wanna look into it?" He says, "Yeah, lemme see about it." And then WAITS a coupla years? No fucking way. Gordo gives him the Joker card right at the end of BB and TDK starts IMMEDIATELY with the Joker robbing a bank. This leads me to believe that BB leads almost directly into TDK. It almost has to. There's no way Bruce is just gonna let Sliver-Lips McClown run rampant all over Gotham for a coupla years. It's just not believable.

It's a total nerd complaint, but I've always found the timeline problematic in these movies. It's bonkers to me that he was Batman for like 8 minutes and then when Rises begins, 7 years after TDK ends, he's crippling around like Jimmy from South Park.