Last night was Sunday. The Lord's day. A school night. A day for rest. So I went out and got my face promptly rocked the FUCK off. 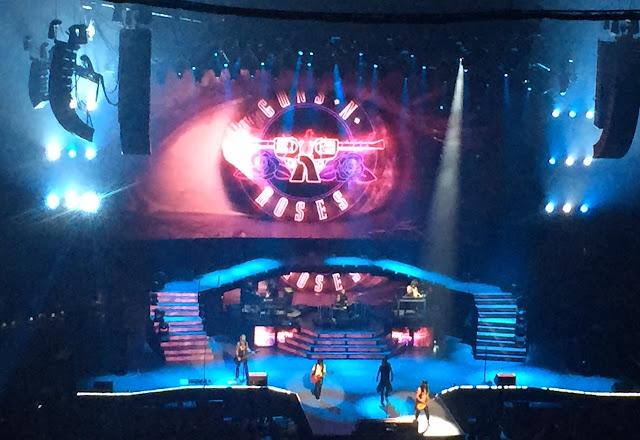 They're real. And they're spectacular.

3/5 of Guns N' Roses have reunited for the Not In This Lifetime Tour and dear God can they still rock. Axl, Slash & Duff have returned in what I thought was a situation that would never occur. They're back and destroying eardrums all over the world.

Myself and my dear friend, Uncle Miggsy, sat and stood for a marathon 3 and a half hours as the gang blazed through their most iconic songs at decibels which I will never forget. The beginning of the set sounded a little iffy, as it appeared like Axl had lost some speed off his fastball. "Welcome to the Jungle" didn't sound as good as it should have vocally. But it's clear that Axl's chords just needed a little warming up because that bastard tore the house down after the first few songs.

After performing "Better", the only really great song of Chinese Democracy, they busted out the first of many "HOLY SHIT" songs with their version of "Live & Let Die". This is one of those covers that has really come to be known better by the band covering it, like "Hurt" is known more for Johnny Cash's version than Nine Inch Nails. And GNR killed it with this song. The place went absolutely BANANAS.

And so did this guy. He was ELECTRIC.

They then busted into what I thought was one of two highlights of the show, "You Could Be Mine". As they played this song, behind them on the video screens were versions of the band members made to look like Terminators. It was very badass looking and I'm sorry you cannot see it for I took no pictures at this time, as it's impossible to focus while your eyeballs melt out of your face because of all the rock. 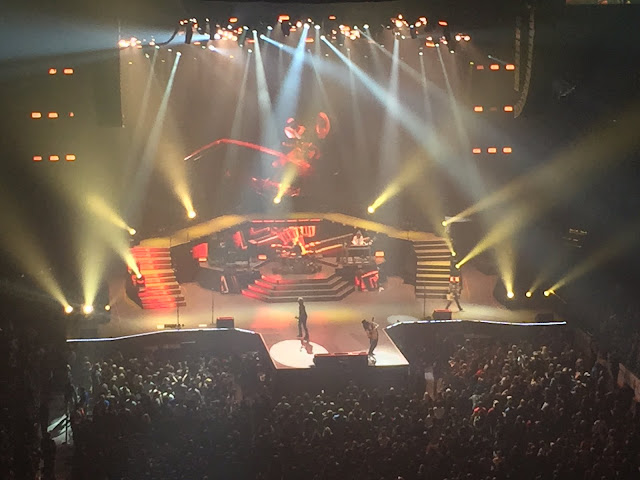 They also covered "Black Hole Sun" by Soundgarden. But they didn't really add much to it. It was an ok version of the song but basically pointless, I thought. They followed that up with incredible versions of their biggest hits. "Sweet Child of Mine". "I Used to Love Her". "Night Train". All the songs that I played repeatedly mostly on tape and then CD. Man, I'm old.

The second highlight and easily the coolest part of the show was when a giant grand piano came out on the stage and Axl sat down to play it. They then burst into an absolutley incredible version of "November Rain". I have never really been a huge fan of this song but holy shit it sounded awesome live last night. There was nothing that could come close to that last night. It was the absolute peak.

Seeing these guys back together and playing all the hits of my youth was an awesome sight. I had a blast and it seemed they did as well. Axl was playful with the crowd and Slash destroyed guitars as usual. I leave you with these final two thoughts about last night. 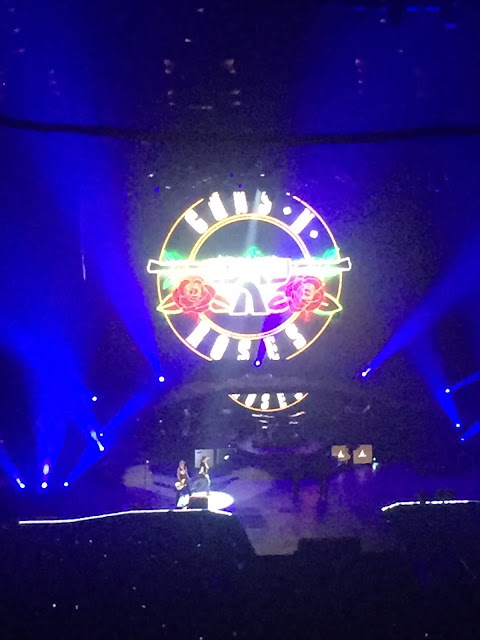 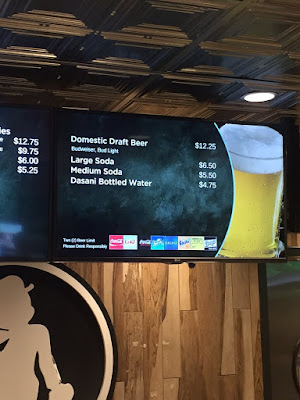