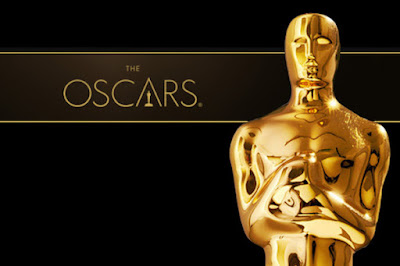 Ladies and gentlemen….it’s Oscar season! After a year full of great films, the nominations for Academy Awards were announced and now we get to discuss. So, here are a few of my thoughts.

First, a huge shout out to Rachel Morrison for becoming the first woman to be nominated in the Best Cinematography category for Mudbound. She also filmed Fruitvale Station, another really good, deeply emotional film. Highly recommend, that one.

I didn’t make it out to the theaters as much as I had in years past, which caused me to have only seen one of the Best Picture nominees, which was Get Out. (which was excellent BTW) I’m going to try and see more before the show so I can be better informed when making my predictions.

For me, this category didn’t really have any surprises. I’ve heard great things about each and every one of the nominees so it’s going to be very interesting to see how it all shakes out. At the moment Lady Bird and Three Billboards Outside Ebbing, Missouri, for me are the frontrunners here, with Call Me By Your Name and The Shape of Water being dark horses.

I really feel the Best Director Award is Greta Gerwig’s to lose, for not only making a critically and universally adored film, but after her strikingly incomprehensible absence in this category at the Golden Globes, I feel she’ll get the votes. If not, Guillermo Del Toro might get it. My money’s on Gerwig.

Original Screenplay is going to be a great category to watch. It is filled with excellent films, with great scripts. I don’t know who is going to win but I do know which film isn’t going to win. As much as I loved The Big Sick, for its humor, real-world situation and characters, diversity and intellect, it is up against a very, very tough field. I’m very happy Emily V. Gordon and Kumail Nanjiani were recognized for their excellent screenplay. They deserved it.

Powerhouse actors with powerhouse performances. How do you pick a winner?

Underlying story to this category, how much did James Franco’s allegations of past sexual misconduct play into him missing out on a nomination for his performance in The Disaster Artist? 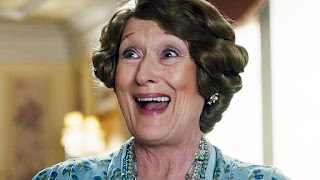 Alright, let’s get into it because if you’re familiar with me then you’ve been waiting for it. Meryl Streep released a film this year so, LIKE FUCKING CLOCKWORK, she’s nominated yet again. Ummmmmmmm...anyone ever heard of a movie called Molly’s Game with the formidable Jessica Chastain? Hmmmmmmmmm? I've heard many great things about Ms. Chastain's performance in Molly's Game that I get the feeling she's been snubbed of a nomination in favor of Meryl. Certainly wouldn't be the first time. This obsession with Meryl continues to be nauseating.

Anyway, unlike years past, this category is going to be very competitive and it’s going to come down to Frances McDormand and Saoirse Ronan. Both actresses won a Golden Globe for their performances but McDormand beat out Ronan for the SAG Award for Best Actress. This is probably going to be McDormand’s but man, is it going to be fun to see the clips of all the performances.


Alright, that's all I got right now folks. This has been a very impressive year for movies, which should make for an interesting Oscar night. The last time I was this excited for the Academy Awards was back in 2014 and this collection of films and performances might just be better. Let's just hope there isn't any "La La Land, oops, I mean Moonlight" moments this time around.