Welcome to a special guest column from Ryan K Boman of thegorillaposition.com.  Ryan K. Boman is the co- founder of Lecrettia Media Services, a content and marketing firm that specializes in sports & entertainment promotion.  He began writing professionally in 1990 at the age of 14. As a syndicated columnist and feature writer, his work has appeared in The Miami Herald, AdWeek, SB Nation, The Southern Illinoisan and 1wrestling.com.

As we come churning to the end of the WWE calendar and look towards WrestleMania, we’ve already answered one major question: Shinsuke Nakamura will face AJ Styles for the WWE Championship on the company’s signature stage.

For "smart fans," it must have felt like it was raining candy, hearing Nakamura utter those three syllables after he won The Royal Rumble last night. And for Smackdown, as a brand, it’s another opportunity to surpass its older brother, RAW, with the world watching. Based on their past encounters in Japan, there’s no reason to believe that The Artist and The Phenomenal One won’t play a tune in New Orleans that will have the wrestling audience singing. 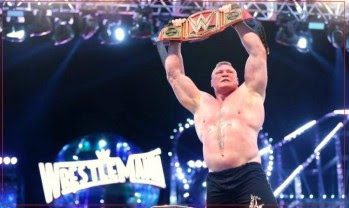 Which brings us to the dance card of the current Universal Champion, Brock Lesnar. With a showstopping match already set in the other world title scene, what does WrestleMania have in store for Brock? And even more importantly, what comes afterwards?

Earlier this year, speculation was swirling that Lesnar might be riding out his contract with World Wrestling Entertainment until his UFC suspension was over. The theory, some fans surmised, was that he was simply collecting a paycheck until he could return to a ‘real sport’. Fueling that chatter  was some sniping over the summer between Lesnar and former light heavyweight champion Jon Jones, leading fans to believe the two were hyping a potential MMA fight. That buzz died down when Jones was suspended for a drug violation himself.

Lesnar has made comments in the past that indicate he feels he’d be taken more seriously as a legitimate combat fighter, as opposed to a sports entertainer. Despite his rough, ‘I-Don’t-Give-A-Damn’ exterior, it’s clear that Lesnar’s legacy as an athlete (real or otherwise) is important to him. His foray several years ago into football was a sign of that natural, competitive streak; he had never played football at the collegiate level, yet still hung with the Vikings before eventually being cut. 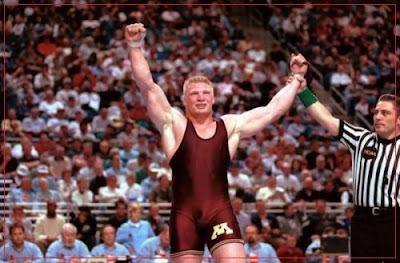 So, it’s only reasonable that the former NCAA wrestling champion might want to give MMA one more shot. A Beast must hunt… He is, after, all, only acting on his impulse as a lifelong competitor.

Still, pro wrestling fans who question The Unversal Champion’s commitment seem to simply be waiting for him to jump out of sports entertainment at any given chance. And considering the million-dollar parachute that UFC would have waiting for him, it wouldn’t be too scary of a leap.

Lesnar’s critics point to his sparse schedule, short matches and supposed ‘lazy’ training techniques, and argue that the checks he’s cashing come at the expense of a better week-to-week product.

The Champion has more than his fair share of critics in the Universe he currently rules. But, where would RAW, and the WWE, be without him?

It’s a question that will more than likely have to be answered not long after WrestleMania. And that alone, makes the next few months intriguing. Since the birth of the Universal title at SummerSlam 2016, Lesnar has dominated The Big Red Stripe. By the time he enters the ring at ‘Mania, he will have held the title for about 400 days of its total existence. 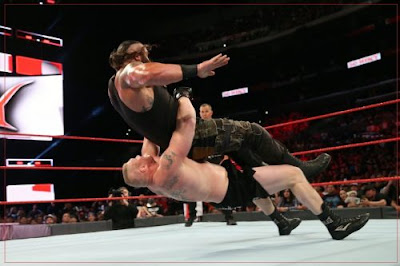 Indeed, while Lesnar’s likely return to MMA would be good for pay-per-view buys and UFC betting sites, it would leave a gaping hole in the RAW roster. He’s been the box office identity of the brand for a year, and a crossover star for the company.

And when he, inevitably, drops the title to a waiting challenger, it will probably come in front of the world in early April. It makes sense that his departure would coincide with some sort of passing of the torch.

And, it will represent a fresh start- both for WWE creatively and Lesnar professionally. At least, for awhile. The Beast’s negotiating power with the company will only be strengthened if he’s absent for a long stretch of time. When he exits, the door will always be left open for his eventual return to wrestling. Love him or hate him, he’ll be back. Someday.

So, the buildup and his match at WrestleMania will be an important time for WWE. We will see a lot about where RAW will go in 2018 and beyond. For it appears their most dominant thoroughbred and pay-per-view warhorse might be leaving the stable for a while. For the next few months, we get to see who they are going to saddle up and ride on Monday nights.

Thanks for reading - join us on Facebook by clicking HERE