New Beginnings are coming in a few days. Three nights, every title on the line at some point. Going through all of the matches at once would give me a hemorrhage cause ain't nobody got time for that. So we're distilling the important matches out of each night and talking about them. I'm running behind on my own blog, so let's jump right in with Sapporo. 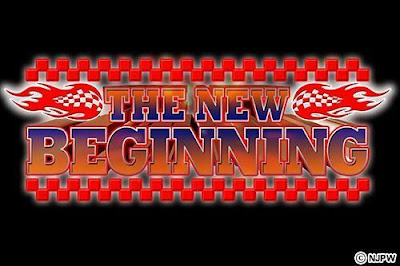 Landon: Bullet Club keeps the belts here, I hope. This shit needs to stop bouncing back and forth between teams, and this is probably the best use for Fale and the Tongas. Let their reign be long and chaotic.
Justin: The title that never stops moving.  I guess it's fine that this title exists because it gives a tiny bit of significance to one six-man schmozz on each show, but that's diminishing with each title change.  Instead of a barely cobbled together six-man division I wish NJPW would introduce a women's division.  That would preclude the necessity for so many multi-man tags on these big shows, plus it would potentially be yet another case of NJPW showing WWE how it's done.  Bullet Club retains I guess.

Landon: I know this is like the fourth time I've said this but I don't care. Tanahashi is hurt and his elbow is made out of  broken glass wrapped in paper. Put the belt on Suzuki and let it ride for a year. Get the belt off of the poor man, now.
Justin: Man, Tanahashi is STILL holding onto that arm.  At this point it must look like Homer Simpson DIY spice rack. 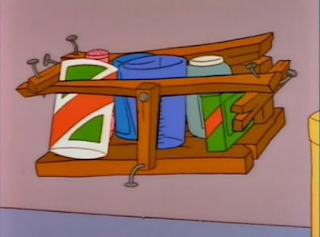 I have to think Suzuki is the man who finally dethrones him so he can take some time off.  Suzuki may have lost the NEVER belt but this would be a helluva bounceback.  Suzuki wins.

Landon: I don't think it'll end up as good as their Wrestle Kingdom encounter, but it should still be fun overall. Look for the Young Bucks to retain here, and move on to other teams until Dominion.
Justin: The Bucks took the belts from 3K at the Dome so 3K can chase them for a while.  I gotta think said chase lasts more than three weeks.  Bucks retain in a helluva rematch. 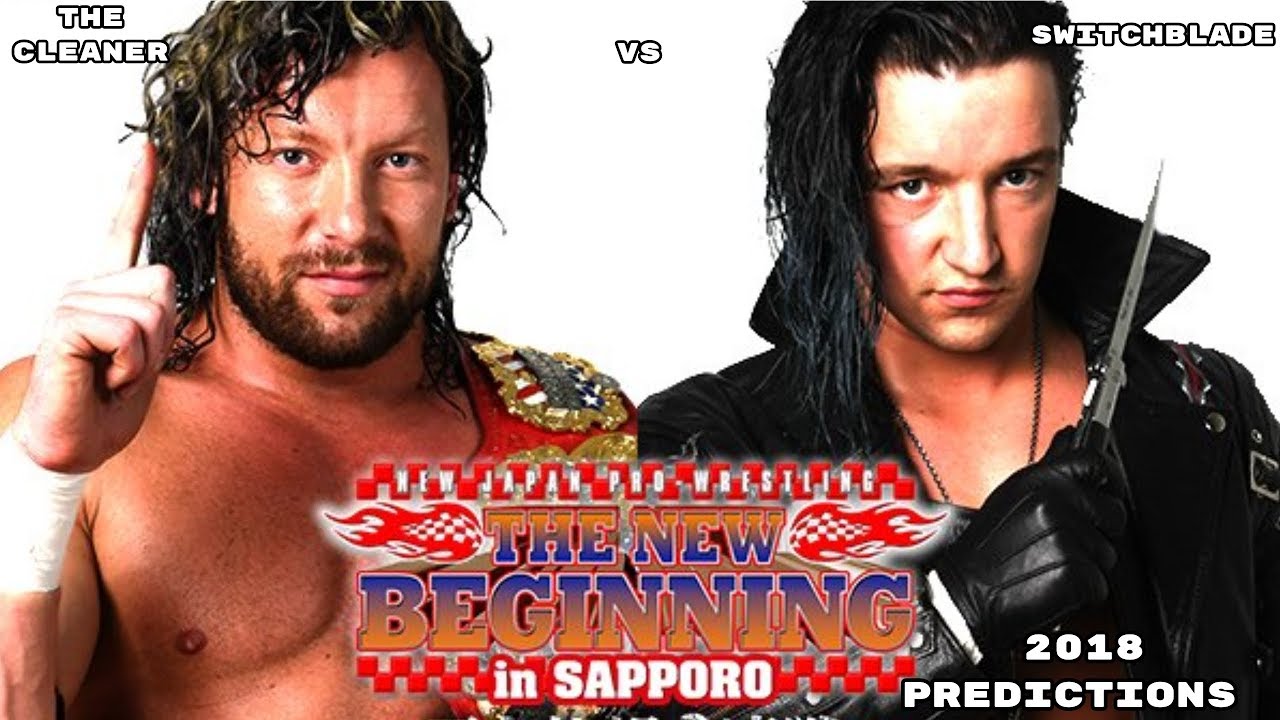 Landon: I'm under the impression that the US title is destined to be put up in a unification match against Okada's Heavyweight title in the U.S., so it doesn't change here this night. It becomes a question of where Jay White goes from here, hopefully he won't fall into the multiman mire until the G1.
Justin: This one should be great.  Jay showed us some pretty good stuff on the 4th but I think he's capable of much more, and against a showstopper like Omega I think he'll get to demonstrate it.  While the Dome wasn't quite Jay's coming out party, I think this'll be a lot closer to it.  White will look like a million bucks in defeat.  Kenny retains. 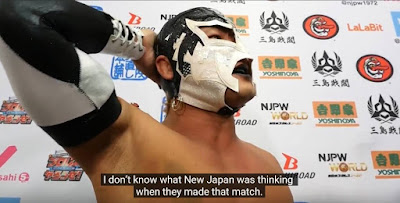 Landon: Everyone really liked their G1 match from last year, but I found it underwhelming when I watched it. I want this match to be better, mostly because I really like YOSHI. Naito wins it.
Justin: Also strange.  These two matches are just to give the two LIJ non-challengers something to do.  Naito clearly ain't losing to Yoshi.

Landon: This match is gonna be going about 1000 miles an hour, and I'm gonna love it. It might be the low-key best match on the card, and that depends on how hard Goto and Okada work. I expect Ospreay to start the CHAOS sweep that night, but Takahashi will look great losing.
Justin: I love this pairing.  The Jr. match at the Dome damn near stole the show, and this should do the same.  Any match on this card will be hard-pressed to top this one.  I have to think Ospreay retains since he just won back the title.  But goddamn this is gonna be fun.

Landon: I'm really fucking excited about this. EVIL is slowly coming up as one of the best brawlers in the company. This is more than likely gonna be my favorite match of the night, and there's gonna be several times when I shout in awe and terror. Goto retains, but he'll be pushed to his limit.
Justin: I don't get why the newly crowned Tag Champs are challenging for singles belts right now.  Doesn't make much sense to me.  Furthermore I highly doubt either of them wins.  So again....whyyyyy?  But both matches should be top-notch.  Goto and Evil are no strangers to each other and have solid chemistry.  This should be a fine slugfest.  Goto retains. 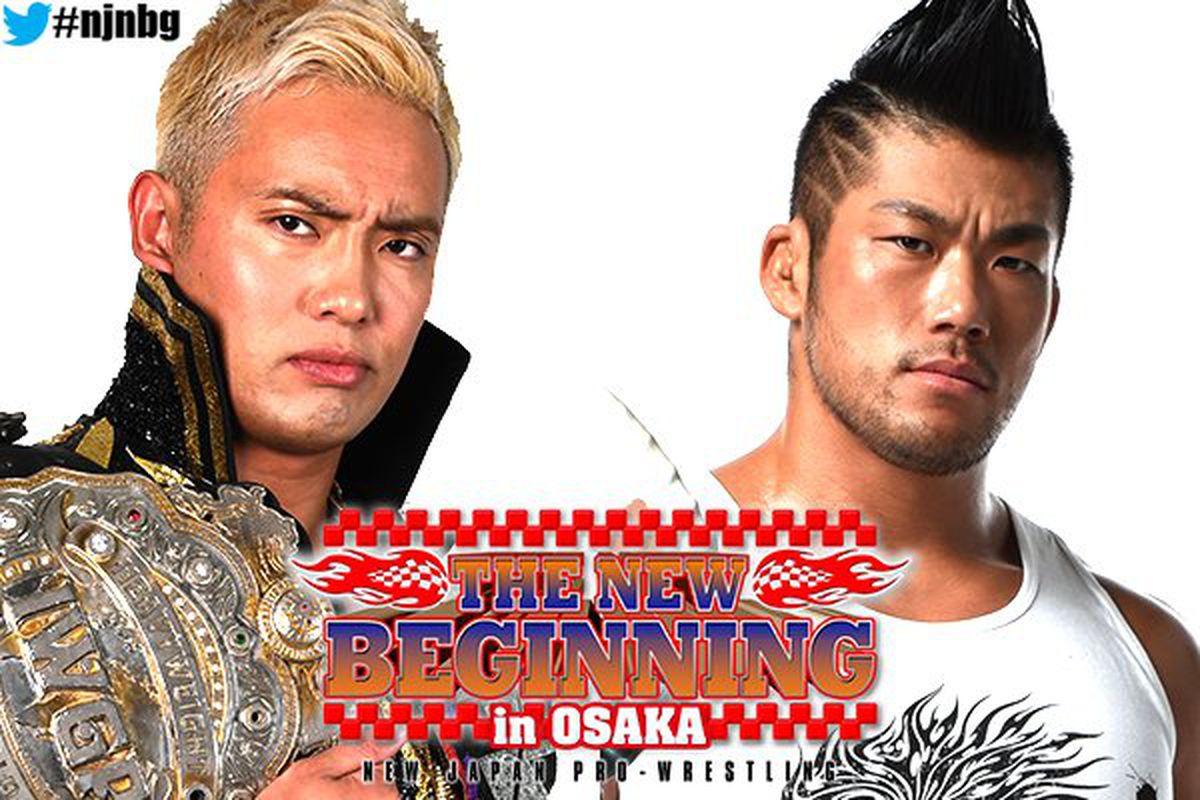 Landon: Okada retains. Really don't have much to say, besides we should have a tag title defense instead. New Japan Cup is coming, so maybe we'll see a challenger set up there.
Justin: Okada is shockingly still the IWGP Champion after what seemed Naito's surefire crowning moment at the Dome.  But ya know what?  I'm not complaining.  Okada continues possibly the greatest championship run I've ever seen and gets to add to his already stellar collection of title defenses.  This one should be a damn fine main event.  Sanada's not winning here but his star will rise simply by having a great match with the finest wrestler alive today.  Okada retains.

Thanks for reading!  Join us on Facebook by clicking HERE.