Hello and welcome to another edition of Top Ten Things, here at Enuffa.com, where I make a nerdy, dorky list of the ten best examples of something I like, and you are forced to read it.

Today I'll be talking about the top ten February PPV matches of all time, as decided by me.  February falls smack-dab in the middle of the Road to WrestleMania, and its PPV event is often the forgotten little sibling of 'Mania and the Royal Rumble.  But that doesn't necessarily make it a throwaway event.  Some real gems have occurred in the second month of WWE's PPV calendar (which in some cases have outshone every match at 'Mania itself), and even outside WWE there have been some excellent matches and events held in February (I've included some NWA/WCW and NJPW entries as well). 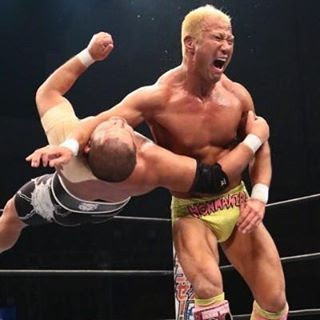 After defeating Ishii at WrestleKingdom 9 for the NEVER Openweight Championship, Togi Makabe suffered a sudden injury and New Japan vacated the title.  Ishii then faced perennial underdog but huge crowd favorite Honma to crown a new champ.  And the result was a brutally stiff battle full of knifing chops, diving headbutts, and crazy intensity.  Honma ultimately came up short and the "Stone Pitbull" Ishii regained the Title.  This match was highly praised as one of many 2015 Match of the Year candidates on NJPW's calendar, and I can't disagree. 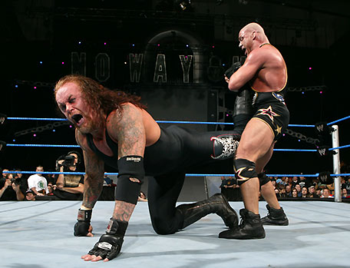 The main event of No Way Out '06 saw World Champion Kurt Angle lock up with a man he considers possibly the greatest wrestler of all time, The Undertaker.  This epic bout was presented as a clash of two babyfaces and ran over 29 minutes, featuring loads of dramatic near-falls and action ranging all around the ringside area.  Finally after his Anklelock was countered into a Triangle Choke, Angle rolled forward to trap Taker underneath him for the pin.  This was WWE's best match of the year. 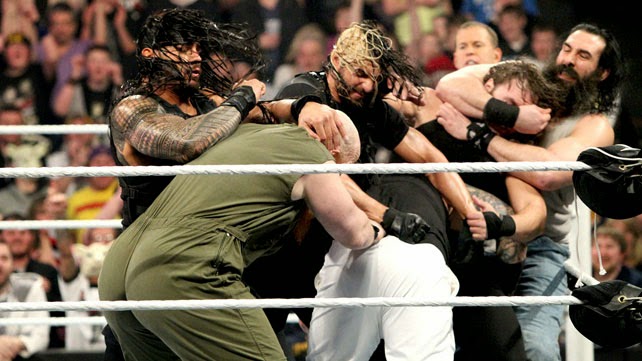 2013-2014 marked a renaissance of six-man tag matches, as dominant heel stables like The Shield and The Wyatts laid siege to the WWE roster.  After months of destroying dozens of heroic combinations, these two supergroups seemed destined to eventually clash in an all-out war for supremacy.  At the 2014 Elimination Chamber the two teams stole the show, drawing "This is awesome" chants from the live crowd before a single punch had been thrown.  After 23 blazing minutes of utter chaos, The Wyatts would take advantage of The Shield's strained interpersonal relationships to garner the victory. 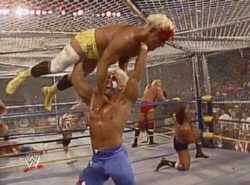 A long-time WCW tradition, the WarGames match was one of the most brutal and violent in the company's history.  Two teams would be locked inside a double-ring cage and attempt to destroy each other until one member was forced to submit.  The 1991 edition featured faster-paced, more exciting action than its predecessors and would be remembered as possibly the best-ever edition.  This match also marked the first time the heels won WarGames, as Sid Vicious botched two powerbombs on Brian Pillman, nearly crippling the young high-flier and drawing a submission on his behalf.  This match is a must-see for any WCW fan. 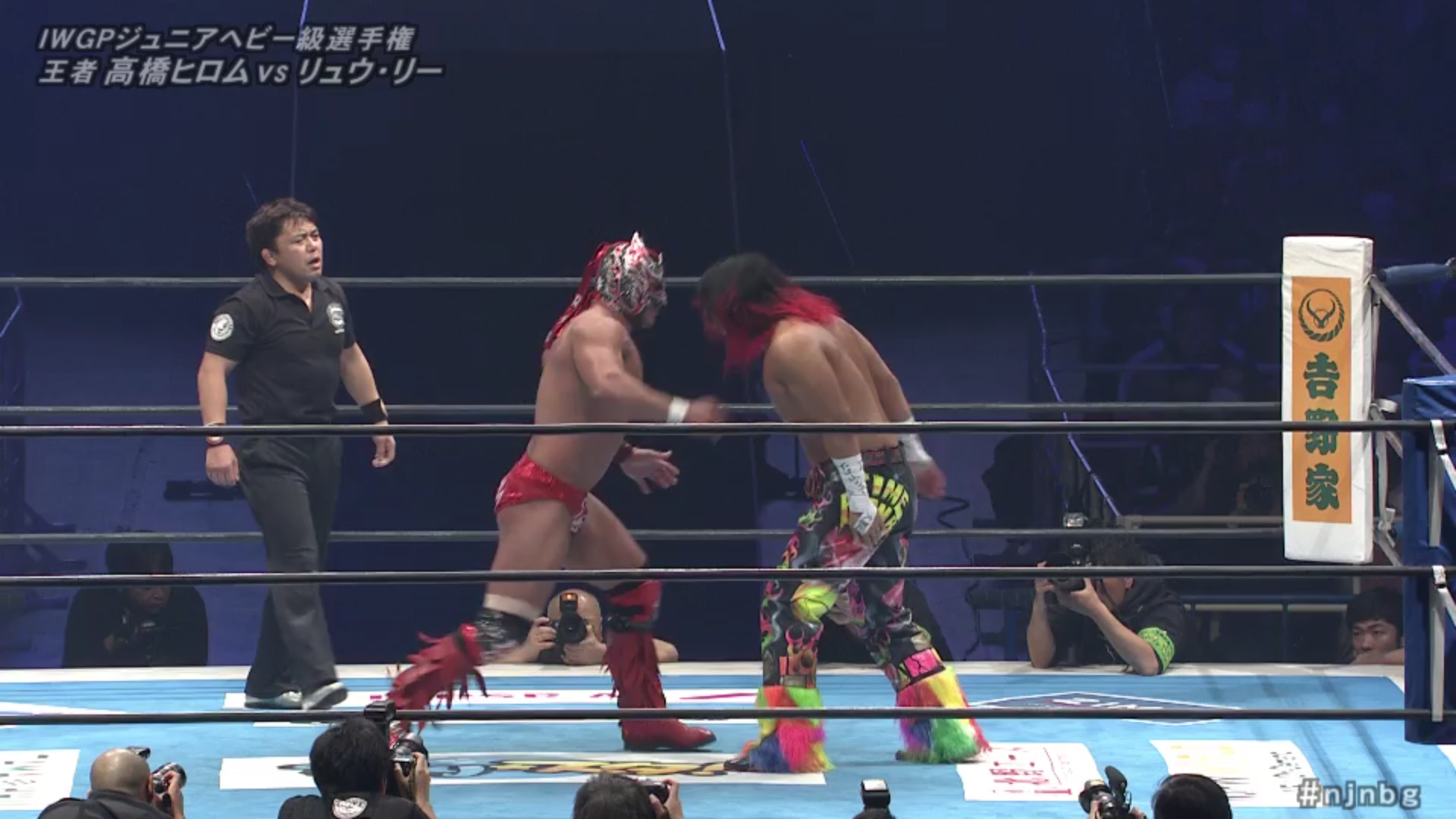 These two longtime rivals from CMLL and NJPW continued their feud here, for the IWGP Jr. Heavyweight Championship, in a blistering 24-minute battle of oneupmanship and attrition.  The two men began the match trading strikes and suplexes, and the pace never seemed to let up.  They were hellbent on proving they could have a dangerous-style match without actually hurting each other (Takahashi had recently returned from a months-long neck injury from their previous encounter).  After an insane Lee tope over the guard rail and a Hiromu sunset bomb on the floor, Lee teased the Phoenix Plex (the move that injured Hiromu), but was countered with a pair of Time Bombs to retain his title.  Simply excellent. 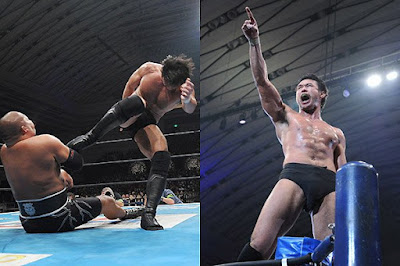 The NEVER Openweight Title rematch from WrestleKingdom 10 in my opinion overshadowed its predecessor.  Shibata and Ishii wrestled a similar match as before, but this time they got nearly 19 minutes and made this feel even more like a main event-worthy encounter.  Just a brutal back-and-forth slugfest with no slow spots or throwaway moments.  Shibata retained his newly won title with a Penalty Kick. 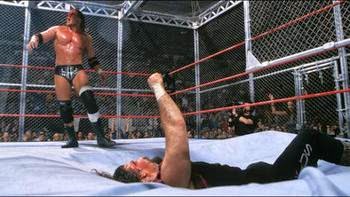 Still one of my favorite Hell in a Cell matches, this one had almost all the brutality of the infamous Taker-Mankind bout, but was executed in much safer fashion.  In early 2000 Triple H earned the respect of fans and wrestlers alike as a tough-as-nails villain, in no small part thanks to his work with Mick Foley.  At the Royal Rumble the two had a hellacious Street Fight, and this Cell bout made a perfect companion piece to that match.  Full of violent action, crazy high spots, and heartbreaking drama, this match ended Foley's official career with a bang (bang!).  Foley came out of retirement only one month later but we won't speak of that right now.  Or ever again. 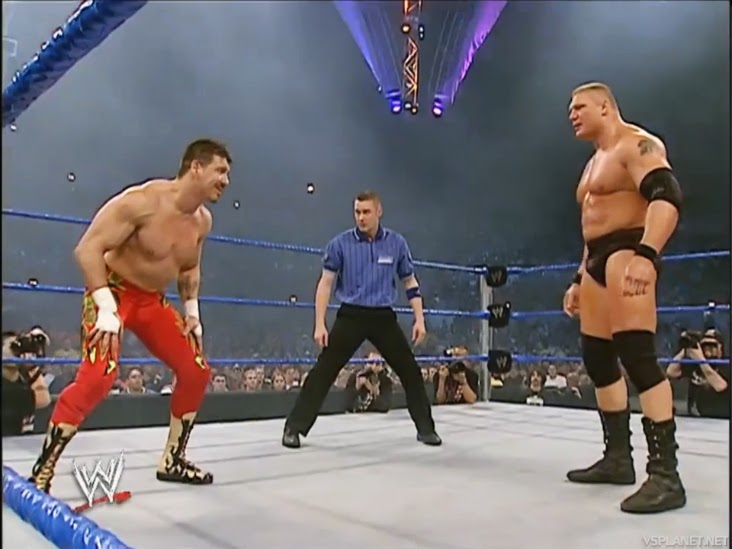 The main event of No Way Out '04 was a David vs. Goliath match with a twist.  This time David would use any underhanded tactics at his disposal to win.  In an old-school, thirty-minute classic that saw a Goldberg run-in and a DDT on the WWE Title belt, Eddie won his first World Championship with a Frog Splash.  An amazing bout with a feelgood ending. 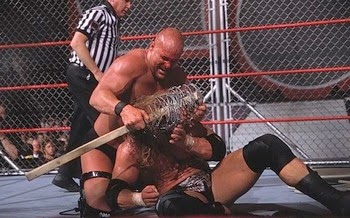 For the second year in a row Triple H had a major Match of the Year candidate at the No Way Out PPV, this time against a revitalized Steve Austin, in a Three Stages of Hell match.  I'd like to note that I love this concept - a two-out-of-three falls match where each fall has different rules.  In this case Fall 1 was a standard wrestling match, 2 was a Street Fight, and 3 a Cage match.  The result was an expertly-worked opus that spanned 39 minutes of ballsy action and drama, ending with both men knocking each other out with weapons and Triple H accidentally falling on top of Austin for the pin.

How can you top one of the most legendary feuds in wrestling lore?  Flair and Steamboat were tailor-made for each other, and this match kicked off their 1989 trilogy of in-ring masterpieces.  For 23 minutes these two artists exchanged some of the best holds and counterholds ever seen in a North American wrestling ring, and when it was all over Ricky Steamboat had pinned the "Nature Boy" with an inside cradle to become the NWA World Champion.  For me this match was the second-best of the three, as the blowoff at WrestleWar '89 just slightly edged it out.  But there's no doubt that this is the greatest February PPV match of all time.


That's all I got today kids.  Hope you enjoyed this jaunt down amnesia lane!  Join us next time for Top Ten Things, here at Enuffa.com!  Join us on Facebook and MeWe, and follow us on Twitter!


Posted by Justin Enuffa Ballard at 10:39 AM