A-E-Dubs!  A-E-Dubs!  This Saturday night AEW is back on PPV with Revolution.  You see, the puppy was just a dog.  But the PPV.....that my friends, was a revolution. 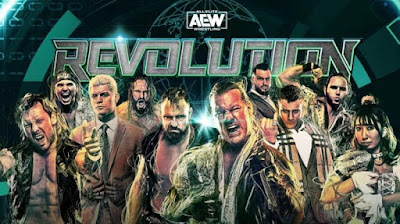 Sorry, had a Billy Madison moment there.  Anywho, this show is nicely stacked from top to bottom and the weekly Dynamite series has done a pretty excellent job of building up the big bouts.  I expect a new company highpoint with this PPV.  I hope I'm right.  From a star power standpoint this main event is their biggest match to date, the tag title match has the potential to be their best bout so far, and we're getting the long-awaited payoff to a hugely personal feud.  This oughta be great.


SoCal Uncensored vs. The Dark Order

This feud is built around the tease of Christopher Daniels joining the Dark Order and revealing himself to be the Exalted One or whatever they're calling it.  I don't think Daniels is the guy, as it's too obvious.  I think they're biding their time until Luke Harper/Brodie Lee is free from his WWE no-compete clause and he can be the new leader.  That would be a good move.  That said I think the Order wins this in spite of Daniels' rejection. 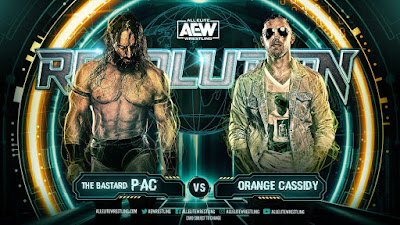 Mr. Cassidy is finally wrestling a match in AEW.  I imagine this won't be a clinic given Cassidy's gimmick, and it probably won't last long, but it should be entertaining.  Pac will get something of a good match out of him before winning. 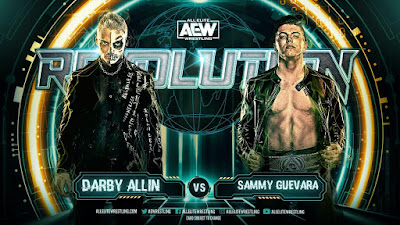 This'll be a wild one - Allin is a crazy man and Guevara is super athletic.  This is a potential show stealer and they've done a great job of building interest.  If the company had a secondary singles belt this would be a good fit for it.  Time to introduce an AEW Television Champion or whatever they wanna call it. 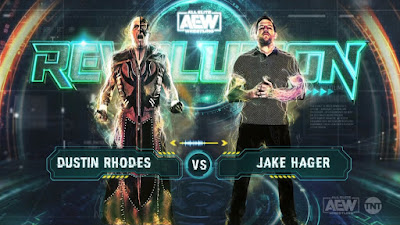 Finally Hager is making his in-ring debut in AEW.  These two wrestled each other years ago in WWE but weren't given much chance to shine.  I think they'll both be super motivated to show WWE what they're missing.  Hager will be established as a monster heel, being one of the biggest guys in the company. 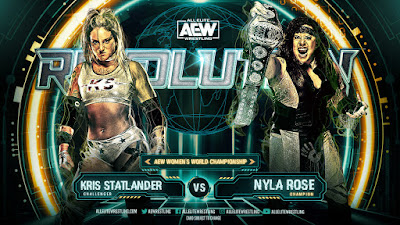 It's Nyla's first title defense and her chance to prove she can deliver without Riho being her opponent.  I like Statlander a lot; she's very athletic, has a great look and can match Nyla's power.  Her alien gimmick is a little silly but it's fun.  This should be a solid outing.  I think Nyla retains and will eventually drop the title to Hikaru Shida. 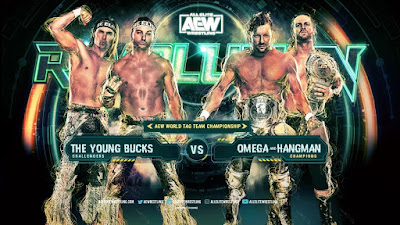 This should be incredible.  Four Elite guys looking to steal the show.  I'm glad to see the Bucks finally being presented as the best team in the company, which they are.  That battle royal that earned them the title shot was fantastic, maybe the best battle royal I've ever seen.  Omega and Page are clearly going to feud soon, so I could see the Bucks taking the belts here, leading to the split.  Either way, this could be a MOTY candidate. 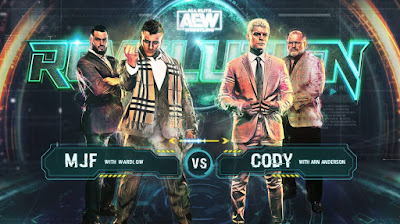 Another match that's been built up superbly, Cody-MJF is the most personal feud in AEW's short history.  Having Cody jump through multiple hoops just to get this match was brilliant, conveying how badly he wants to get his hands on his former protege.  And MJF is absolute GOLD as a heel you just wanna see get his ass kicked.  This will be the best match of the night from a pure storytelling perspective.  I'd say MJF has to get the win here, probably with help from Wardlow (who's one of the most impressive young big dudes in the business right now - push him like crazy). 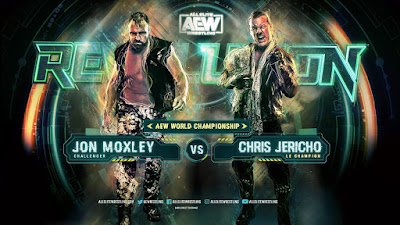 Hey remember that horrible steel cage match these two did a few years ago, where they planned to go 16 minutes but were asked to go 27 at the last second?  Yeah, this will be nothing like that.  Chris and Jon, to an even greater degree than Hager and Dustin, will be out to show WWE how much better off every former employee is without Vince's creative shackles.  This will be an epic, violent fight between two of the most creative wrestlers in North America.  I think Jericho should retain and keep the belt until All Out so they can say the first champ held it for a year.  But Moxley will come as close as anyone has so far to dethroning him.


That there is a PPV lineup.  I realize I've picked the heels to win every match involving heels, but I feel like this is one of those shows where you can build a ton of heat so at Double or Nothing some of them will get what's coming to them.  Then again I could just be way off.  Either way, this is gonna be a helluvalotta fun.