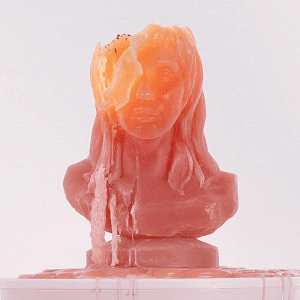 Kesha's fourth album High Road is sort of a mix of her early party pop sensibilities and her more poignant, introspective material found on 2017's Rainbow (her first record free from the abusive contract she'd signed with Dr. Luke).  Where that album was a cathartic, often heart-rending purge of personal demons, High Road (as the title implies) attempts to get back to a sense of fun and carefreedom while still exploring a bit of Kesha's thirty-something maturity.

The album's first third is lighthearted pop fare - "Tonight," "My Own Dance," and "Raising Hell" are all about going out and having a good time, albeit with a tinge of Kesha's debaucherous self-awareness ("I'm getting so drunk/I haven't seen my boyfriend in a few months").  "Tonight" is the best of these, with an anthemic, Nate Ruess-esque chorus (Ruess co-wrote a couple of the other tracks in fact) and evocative word-pictures.  The fourth and fifth tracks, "High Road" and "Shadow," seem to indicate Kesha's intent to move past the struggles chronicled on Rainbow and just worry about the future, critics be damned.

For me it's the second act where High Road really comes alive.  "Honey" is a scathing rebuke of a former friend, featuring layered R&B vocals over a Weezer-esque guitar loop.  Songs like this one showcase Kesha's admirable directness and free-flowing spontaneity.  My two favorite tracks are next, both understated, folky, affecting laments of missed boats and eroding love.  "Cowboy Blues" is a sweet and sad duet about a fella she met at a dive bar and never saw again, while "Resentment" (featuring Brian Wilson and Sturgill Simpson) deals with being taken for granted by a longtime lover.  These two songs are quite beautiful and I'd love to hear Kesha do more of this.
Back to well-crafted radio pop with "Little Bit of Love," "Birthday Suit" (peppered with 80s videogame sounds) and "Kinky," before the bizzare, polka-influenced "The Potato Song (Cuz I Want To)" explores new sonic ground amid a wall of horns and kazoos while Kesha warbles an ode to never growing up.  This is another fun track that spotlights Kesha's cheerful lack of musical inhibition and thus perfectly marries the music with the lyrical theme.

The final trio of songs are all nicely emotive, starting with "BFF," another duet, this time with her BFF Wrabel.  This song is both charming and amusing, as they reminisce about their time together (containing the funniest line on the album, which I won't spoil).  Things take a turn toward heartbreaking with "Father Daughter Dance" as Kesha mourns not ever having a relationship with her father ("In all my days/From my cradle to my grave/I'll never have a father-daughter dance") and the effect that emotional hole has had on her life.  Finally the album closes with "Chasing Thunder," a succinct, rootsy summation of Kesha's outlook on life ("I'm not a rose, I'm a wildflower") that's just the right song to end this album.

High Road is a very easy album to listen to; its 48 minutes fly by and it touches on several musical styles to keep things fresh, while further displaying Kesha's effortless vocal elasticity.  As I said, I would like to hear her shed more of the dance pop and go deeper with her contemplative acoustic folk influences - there's some genius in there.  But overall this is a very worthy followup to Rainbow and serves as a reset, merging her early output with her eclectic current influences.  Solid stuff.