Welcome to another round of NJPW predictions, here at Enuffa.com!  I was on vacation last week and totally forgot to do this for the Sapporo New Beginning shows, dammit.  But anyway, I'm back for the Osaka lineup, which is really the important one.  That said, definitely check out the final two bouts of each Sapporo show - all quite excellent.

This lineup has four big singles matches and a Jr. Tag Title defense, including Tetsuya Naito's first defense of his double championship.  I wonder how long he'll keep them both, or if he'll even defend them separately.  Anyway, this show features a modest 8-match lineup but should be a very easy watch and provide some new entries for my Top Ten February PPV Matches list (stay tuned for the updated version).  Let's pick some winners.... 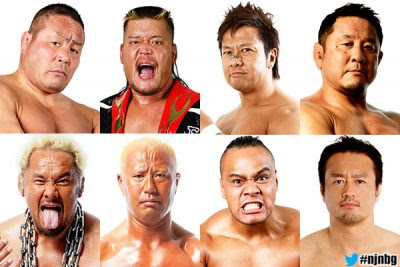 Part of the Nakanishi retirement tour, this opener is a lot like Jushin Liger's 8-man at the Dome.  A nice little pre-retirement send-off.  Should be a fun match, likely ending with Nakanishi doing the job. 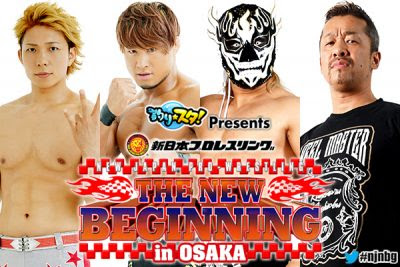 Sho & Yoh will defend their newly-won Jr. Tag belts against the team they apparently can't get enough of wrestling.  These two teams have yet to really tear the house down together, so I'd like to see Sho & Yoh move on to a really great pair of heel juniors.  I can't imagine RPG3K loses the belts already. 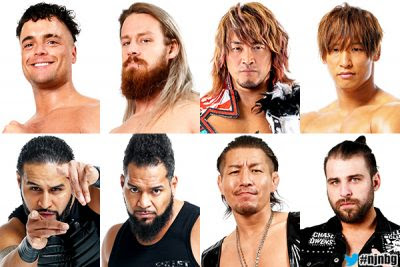 Another 8-man tag, this will be Kota Ibushi's return after a pretty serious flu-like illness that kept him off the US tour.  Dude needs to take it easy and rest up for the New Japan Cup.  I like the babyface side of this match, while the heel side is eh...  GOD just won back the tag belts and I don't know if FinJuice will continue chasing them or not.  But I think the good guys win here. 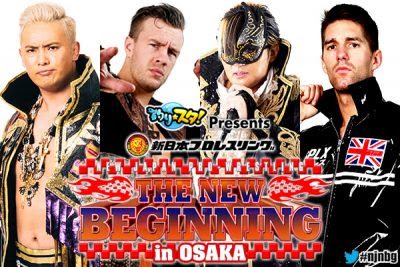 A double-rematch from the Sapporo Night 2 double main event (both halves of which were very good, especially the superb ZSJ-Ospreay match).  Ospreay will get another shot at Zack in England soon, while I imagine Okada will move on to bigger things than Taichi.  This should have plenty of fun action. 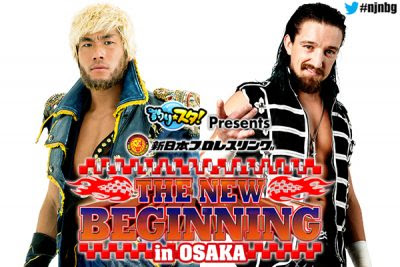 This special singles match is a battle of two future Big Four stars.  Jay White will be back in the IWGP Title hunt sooner than later; I could see him winning this year's New Japan Cup.  Sanada should, I think, see an Intercontinental Title run within the next year, particularly if he gets to win it from Naito.  This will be an interesting clash of styles.

Pick: White needs to be built up if he's going deep into the tournament 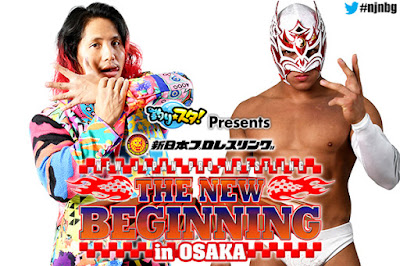 This one could very well steal the show.  New Jr. Champ Takahashi is back against the man who accidentally put him on the shelf 18 months ago, and I'm quite certain these two are out to prove they can have an injury-free MOTY candidate.  I'm really looking forward to this match.

Pick: Takahashi just won the belt so he's keeping it 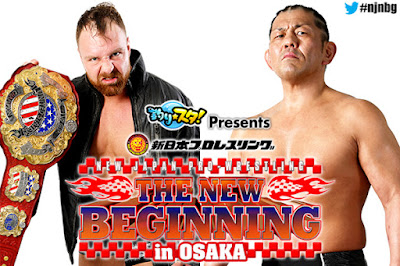 Another possible Match of the Night, this is gonna be insane.  Moxley and Suzuki are both guys who like to pretend to murder their opponent.  Actually, some of you longtime Enuffa.com fans might remember I had this as a dream match on my inaugural WWE vs. NJPW Supercard.  I had Suzuki winning that one, but since Mox just regained the title it seems premature to take it off him.  Then again he's also busy with an AEW Title match in a few weeks.  I guess I'll go with him retaining. 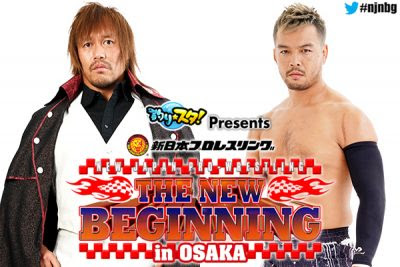 Double Champion Tetsuya Naito has his first defense against the man who ruined his triumphant Tokyo Dome moment, and oddly the New Japan announcers are pointing out how Kenta doesn't really deserve this match.  But in wrestling you really just need to beat the shit out of the new champ to get a crack at him.  This should be a fine match.  Kenta will bring his stiff striking style, while the ever-charismatic Naito will fight valiantly to ensure his Dome wins weren't a fluke.  Obviously Naito retains here, but they should work hard to make the audience believe Kenta has a real chance.


That's your lineup.  Some damn good stuff happening on this show.  I look forward to see how the New Japan Cup field falls into place, but this is a nice bit of business to tide me over.  Enjoy!


Posted by Justin Enuffa Ballard at 9:23 AM