Welcome to another edition of Top Ten Things, here at Enuffa.com, where I rattle off a list of things I dig.

Today I'm talking about a band of unsung stoner metal heroes that began in the early 1980s as a hardcore punk trio and evolved into thrash, groove metal, sludge, and southern rock, along the way becoming a quintet and then a four-piece.  These guys were briefly in rotation on FM rock radio in the mid 90s but have unfortunately spent most of their career in relative obscurity despite always putting out quality, iconoclastic molten sludge, I'm talking about Corrosion of Conformity.

I first became aware of COC thanks to that great old staple of MTV, Headbanger's Ball, which presented three hours of metal awesomeness every Saturday night.  In early 1993 I happened upon two videos featuring this surly group of southern hicks pounding out groove-oriented guitar dirges and barking anthems of revolt and rebellion, and I was hooked immediately.  I went out and bought their third album Blind, and was knocked squarely on my ass by the sledgehammer rhythm guitars and righteous rage-infused lyrics.  In late 1994 they followed it up with Deliverance, which featured a major lineup change (guitarist Pepper Keenan had taken over on lead vocals from Karl Agell, while original bassist Mike Dean had returned in place of Phil Swisher) and a turn to Sabbathy, pothead alt-metal, yielding some well-deserved mainstream attention.  From then on COC was a staple around my house, and I've been groovin' to them ever since.  This band doesn't get nearly enough love.

With that, let's take a look at the best of Corrosion of Conformity! 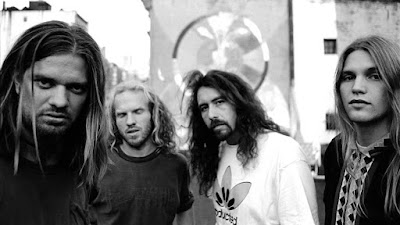 HM: Damned for All Time

After the evil-sounding instrumental "These Shrouded Temples..." kicks off the Blind album, the late Reed Mullin's (RIP Reed!) syncopated drums transition us into a midtempo groover called "Damned for All Time," a scathing rebuke of politicians and their warmongering, that shifts feels from section to section.  Karl Agell's narrator reels in disgust at the crimes against humanity perpetrated by America's ruling class on a daily basis, fearing that we are all, like Judas in Jesus Christ Superstar, damned for all time.

Maybe COC's best-known song is this simple tune from Deliverance, lyrically a toned-down thematic cousin to "Damned," as Pepper Keenan laments the violence around him, his cries for absolution unanswered ("Help me Jesus, help me clean my wounds/He said he cannot heal that kind").

This melancholy dirge over a shuffle feel seems to be from the point of view of Christ, trying to make sense of his obligation to a human race he isn't sure is worth saving, while acknowledging his own human shortcomings.  It's one of Keenan's most powerful vocal performances and contains some of his most poignant lyrics ("Well I'm the one/I face the change I know that stands before me/Believe in me, cuz I damn sure don't believe in you").

One of COC's most unusual tunes is this two-part shuffle that stars with just bass and drums, over which Pepper's sandpapery spoken verses eviscerate America's exploitation of third-world countries ("As we bleed another nation so you can watch your favorite station").  The lyrical perspective then changes, giving way to a high-energy guitar boogie from the point of view of the exploited soldier ("One day you will see when you're six feet down like me/Remember me when you're safe at home/I'm already gone").  This song also shows off veteran drummer Stanton Moore's bouncy chops. 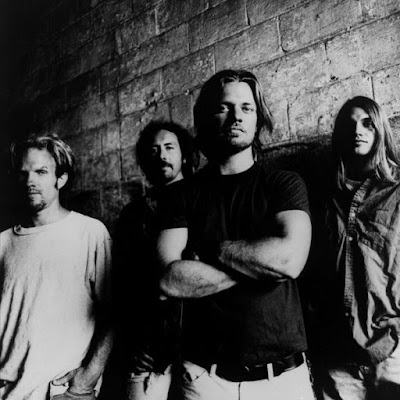 A lonely ballad from the Wiseblood album, "Redemption City" seems to just be a song about dealing with depression.  Pepper's mournful vocals float over a sparse guitar riff, with lyrics like "Your soul is tired and you wanna go home/And close the curtain on everything you've known."  This is undoubtedly COC's most desolate tune.

The bouncy opener to Deliverance is pretty much exactly what it sounds like from the title, an observance of man's inhumanity to man.  Pepper Keenan announces himself in style as the band's new frontman with a rugged, Hetfield-esque vocal performance over thick rhythm guitar power chords, delivering a "we're all fucked, might as well enjoy ourselves" kind of message.

The longest and best song on In the Arms of God, "Never Turns to More" is a Sabbathy midtempo rocker that shifts in and out of half-time, with lyrics that seem to be about what to do when you're blindsided by life's curveballs ("Helpless man you can't ignore/Watch your back, cuz never turns to more").  This is a sprawling epic that takes its time unfolding and features some of Pepper's most self-assured vocals.

Another scathing political anthem, "Long Whip/Big America" deals with the corruption of politicians and Wall Street types, spotlighting their lack of accountability while poor, decorated war veterans who turn to crime are punished and ostracized.  The chorus asks the wealthy banker how "that game you play" will help the average Joe ("Will it make me richer/Cuz I do not have a dime and I hate to waste your time").  This is another killer tune that boasts a great Pepper vocal.

Here's a song you couldn't really get away with in today's climate.  One of two videos that turned me onto COC (via MTV's Headbanger's Ball), "Vote With a Bullet" is a thunderously heavy track about burning down a political system that keeps taking power and wealth from those who need it most; the mighty few carving it all up for themselves, interested only in protecting their own prosperity at the expense of the many ("Sin is still in and our ballots are shrinking/So unleash the dogs, the only solution/Forgive and forget, fuck no, I'm talkin 'bout a revolution").  Featuring Pepper Keenan's first lead vocal performance, "Vote" is one of the most brutal political anthems of all time, and sadly never loses its real-world relevance. 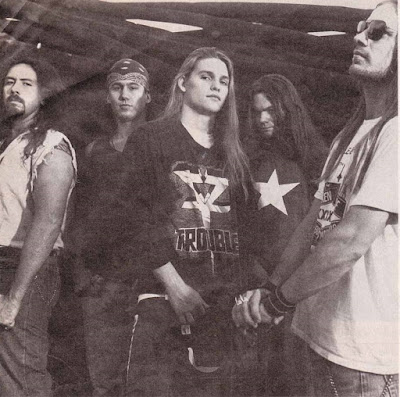 The opening track from 2000's America's Volume Dealer (always loved that album title), "Over Me" is intense and heavy but also very radio-friendly; a great blend of stoner metal brutality and hooky accessiblity.  In that respect it's a microcosm of the album as a whole.  COC had tempered their heaviness a bit, in favor of Skynyrd-esque southern rock sensibilities.  Lyrically this song is pretty ambiguous; perhaps lamenting love forlorn with lines like "If you were mine/Over me/Rain or shine/I'd be satisfied."  Pound-for-pound this is one of their best-written tunes.

Speaking of America's Volume Dealer and its turn to classic southern rock, track 3 from that album is a full-on Allman-style pastiche, complete with slide guitar work from Warren Haynes.  This is a fantastically written sorta-love song with shyly awkward lines like "If I stare too long I might not see you right/Over time the heart goes out of sight."  It marked a huge departure from COC's signature sound and felt like a labor of love from Pepper & co, paying tribute to an influence that didn't pop up often in their music.

The blistering opener from Wiseblood, "King of the Rotten" is a straightforward midtempo headbanger that sets the tone for this raw but sophisticated record.  With questions raised in the vein of "Would you stick with me even if I sold my soul?" this song and its 1996 brethren showed COC was still putting out robust stoner metal but with a bit more maturity. 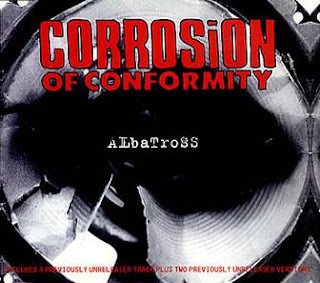 The first single from COC's most successful album Deliverance, "Albatross" blends Skynyrd-style guitars with Pepper's soulful Hendrix-esque vocals, for a slow stoner groove.  Lyrically the themes cover accepting one's flaws ("You can call me lazy/But I know where I belong/Cuz I was born a liar") and perhaps drug use as an escape from everyday life ("My home is kind/Man it pays to be blind/I promise to forget you/Run on").  Regardless, "Albatross" is a fantastic throwback to dirty, old-school hard rock n' roll. 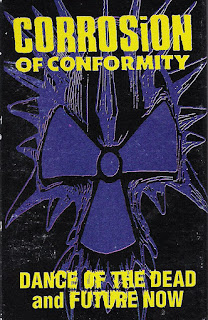 The best song off probably their best album, "Dance of the Dead" is an anthemic ode to breaking down a system that has the people locked in servitude ("If the system had one neck/You know I'd gladly break it"), a waking death if you will.  Over a rock-solid shuffle groove, Karl Agell's passionate vocals plead with the listener to question authority, unite as one people, and demolish the pillars of corruption, unchecked power and greed ("Run them down to the ground/make the guilty pay").  "Dance of the Dead" probably more than any other song encapsulates the band's own name, Corrosion of Conformity.  Think for yourself.  Call liars out on their bullshit.  Rise as one and take down the power structure.  This is COC's most thematically enduring, and best song.


That's the list - hope you COC fans out there enjoyed it, and if you haven't heard COC, get out there and give them a listen.  They're criminally underrated.


Posted by Justin Enuffa Ballard at 8:45 AM