These picks....they’re not my kinda picks. Sure, I’m on the bottom, but let’s be real. It’s an unbelievable case of bad luck. If goddamn Mike Tomlin didn’t play for a TD with like 8 seconds left in the first week, if the Chiefs, the GODDAMN Chiefs don’t beat the Broncos for the first time in four years in a game where the most prolific regular-season passer in the history of the FUCKING LEAGUE threw four interceptions on 20 goddamn tosses, then I’m right up there with Bald & Balder. The only thing those two idiots hafta worry about picking correctly is what size Turtle Wax they need to shine up those fucking cue balls on their big fat necks. Now, let’s get to some more picks, which are most likely wrong. Fuck.


Green Bay (+1) @ Minnesota THE PICK - GREEN BAY
The Pack are on a three game losing streak. Minny has pulled off a five (FIVE!?!) game winning streak. It’s been a great ride for the Vikings. But, much like Miggsy buying pairs of pants with a waistline in the thirties, it’s gonna come to a stop. Green Bay is coming off a shocking loss to the Lions at home and methinks they no likey that (plus, getting a point with the Packers is rare). I’m assuming they come out with a vengeance and destroy Minnesota, but I’m probably wrong because I stink.

Indianapolis @ Atlanta (-6) THE PICK - ATLANTA
Are the Falcons frauds? 100%. Does Matty Ice melt under pressure? Come playoff time, sure. Is B-Cuddly out in California, pretending he knows about wines that don’t end in 20/20? Absolutely.


But let’s be real. Matt Hasselbeck is starting for the Colts. And while serviceable, he hasn’t actually been good. He’s thrown for a truly mediocre 6.5 yards per pass attempt in wins over the Jags and Texans by a combined 10 points. I don’t see it ending well for the Colts in Atlanta. Matty’s offense should be in full-on throttling mode. And I, for one, look forward to it. (I’m probably wrong).


DAN'S DYNAMITE PICK OF THE WEEK
Buffalo (+7.5) @ New England THE PICK - PATRIOTS
The Bills are a joke. They’ve won exactly one game at Gillette Stadium. ONE. And it was last year. When Tom Brady, Gronk etc. were on vacation. And they tweeted this out:


In a game where the Patriots essentially put a Pop Warner team on the field, the Bills celebrated like they won the Goddamn Super Bowl. They are idiots, and I hope they never win a Super Bowl. (no way I picked this right either. Shoot me).

I’m writing this on Monday. I’m going on vacation. This blog life is wearing me out and I need some time. I don’t even know what the spreads on the games are going to be yet, but I’ll make my picks anyways. And I wouldn’t be shocked if I ended up with a better week than the two other stiffs. Also, just so you don’t forget, Miggsy is bald and Danny has a giant melon head. And both of them are stupid. On to the picks.

Buffalo @ New England (-7.5) – The Pick: PATS
By game-time on Monday night, this line will probably be around 8 or 9. And it will be too high in my opinion. Pats have lost Lewis and Edelman in consecutive weeks and it takes a little time to make adjustments, even for the genius Bill Belichick. But what am I gonna do, take the Bills? Take Rex Ryan? Get the fuck outta here with that. Pats still win and cover because they own that division.

Cincinnati @ Arizona (-4) – The Pick: ZONA
Cincy’s game against Houston has yet to take place as of me writing this. I’m just going to assume that they won by a lot because the Texans are terrible. Both of these teams are really good so my guess is Arizona lays the typical 3 points for home field. I’m fine with that. And I think this ends up being the first loss for the Frosted Flakes Mascots.

BRANDON’S BOOM PICK OF THE WEEK:
Washington @ Carolina (-7.5) – The Pick: CAROLINA
My best guess is this line is 8-9 points. Even if it reaches 10, I like Carolina. Kirk Cousins looked great against maybe the worst defense ever. So good for him. But on the road versus a good defense? Yeah, I don’t think so. Luke Kuechly will be all over Cousins like Danny at a buffet (DNM3 NOTE: It says "ALL YOU CAN EAT", Brandon! Who am I to defy the very letter of the law?!?!? That Moo-shu pork isn't gonna consume itself! THERE'S ALWAYS ROOM FOR JELL-O, YOU POWER ALLEY HAVING PRICK!!)

After another subpar week, the song remains the same. I’m still one back from a guy that’s out in San Fran. I’m not sure why he’s out there; he’s probably either looking for his favorite rapper, MC Hammer or getting MC Hammered in the butt by all the dandies. Speaking of dandies, DNM III is still mired in 3rd place and is no real threat to anyone. If he had a creepy mustache and van full of candy, parents would still drop off their kids; that’s how little of a threat he is.

Buffalo Bills @ New England Patriots -7.5 PICK: PATRIOTS -7.5
We have already beat this team by this exact spread. Sure we have a few injuries on the offensive side of the ball but we are talking about Belichick vs. Ryan. That’s they epitome of the chess vs. checkers comparison. Rex Ryan is a clown and he does it intentionally. I don’t understand how he keeps getting hired especially in this division!!! On the other hand you have Bill Belichick. I’m not sure the guy even now what laughter sounds like. He’s serious 100% of the time. We win this game based off the sideline alone. COUNT IT. 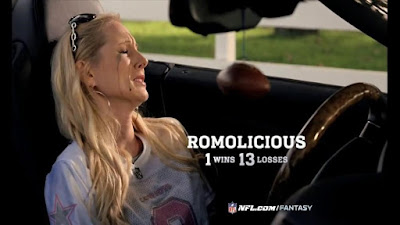 Miggsy’s Monster Lock of the week: Washington Redskins @ Carolina Panthers -7.5 PICK: PANTHERS -7.5
Kirk Cousins seems to have convinced himself and the rest of Washington that he’s a good quarterback. He’s not. He stinks. They also haven’t won on the road. They need that home cooking. Danny also likes that home cooking. Did you see him in the stands at the Saints game a few weeks ago? His ample milky gut made the kicker miss a field goal.