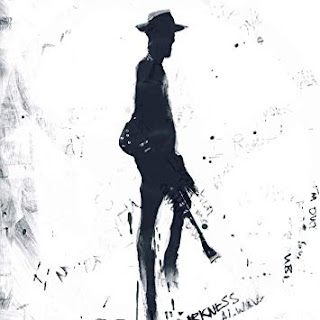 There are artists that you know are great, you can hear flashes of it, but for whatever reason they just don’t have that great or classic album in their catalogue. I felt that way for years about the Foo Fighters until they released 2011’s Wasting Light. Even Beyonce didn’t prove it to me until she released Lemonade, an album that I think needs to be in my life.

Gary Clark Jr. was that kind of artist for me ever since I heard his 2010 Bright Lights EP. There were flashes of brilliance, great songs and a guitar playing mastery that had many anointing him as the next great blues guitarist to carry the torch of the genre from...whoever it was that came before him. The problem was that it never coalesced into a great album. His first two albums sounded flat and disjointed, never coming close to the energy and the guitar mojo of his live performances. Maybe he was trying too hard to be the next great blues artist? I don’t know, but the albums weren’t working and there didn’t seem to be much of “him” coming through the songs.

That all changed this past Friday when he dropped his third studio album, This Land, and completely changed the course of his career. To put it plainly, this album kicks fucking ass and is the album I’ve been hoping for from him. There’s not one element to this album that can be pointed to that makes it so good. He’s pissed, worried, sad, in love, excited, energized and teeming with regret. Contrary to his previous work, it all comes through at a volume of eleven.

The record kicks off with the title track, a synth heavy blues track with a hip hop delivery that boils with rage, detailing racist experiences at his home in Austin, Texas. This anger quickly culminates with the lyric “We don't want, we don't want your kind, We think you's a dog born, Fuck you, I’m America’s son, This is where I come from”. Yeah, you didn’t hear any of that on his other two albums.

The anger carries over into the second song “What About Us” and then switches gears on “I Got My Eyes On You”, a slow bluesy R&B song that explodes at the chorus with the heavy fuzzed out signature guitar playing Clark is known for. The switch in style is our first indication that this album is full of range and experimentation. Yeah, Gary doesn’t want you sitting comfortable with this album. He brings out the reggae influence on “Feelin’ Like a Million” which gives way to the absolute stunner of a song “Gotta Get Into Something”, a punk track that could’ve been something from Stiff Little Fingers. Holy hell, I fucking love this track! Clark’s no longer playing it safe. He’s going to play what he’s gonna play and sing about whatever the fuck he wants to sing about proving once again the spirit of punk is not limited to a genre and Clark is letting loose.

It’s clear at this point in the album Gary has broken out of his shell, whether he knows it or not. Clark opens up personally, on three consecutive tracks that are centered around his family, starting with “Pearl Cadillac”, an emotionally packed song he wrote for his mother. He sings in a smooth falsetto while his guitar weaves in between his vocals before completely leaning into the song with a passionate declaration “Well, I won't let you down, I’ma make you proud”. He continues this theme on the very next track “When I’m Gone”, what seems to be an open letter to his son, apologizing for being away so long and promising to come back and “gonna hold you just a little bit closer, Until I'm gone, I’m gonna love you just a little bit longer”, a chorus with a melody straight out of a 1960s Motown hit song. It’s the sweetest sound from Clark outside of his guitar playing. He finishes up this family trilogy with “The Guitar Man”, a song showering his wife with appreciation for putting up with the hardships that come with being with a traveling musician.

The album closes out with three monster tracks. The traditional blues number “Dirty Dishes Blues” about finding out his woman has a man on the side. The guitar licks are gritty, rough, and absolutely stunning, like he’s channeling Buddy Guy or John Lee Hooker. The next track is the instrumental “Highway 71”, named after the highway running near his home of Austin, TX. The final track is the funky, r&b number “Did Dat”. A song that is half appreciation and half party track. It’s just another weapon Clark has successfully added to his arsenal of sound and style. This increase in range from Clark is something to behold.

Gary Clark Jr. has always been known as a great blues guitarist, however with this album he has re-introduced himself to his fan base and the music world as something more than that. He’s upped his game as a songwriter, lyricist and all around musician. This album is a watershed moment in his career thus far and I’m already excited about what’s to come.