AEW All Out Preview & Predictions

The Wednesday Night Wars are about to begin, and the wrestling landscape is as newsworthy as it's been in almost twenty years.  But first AEW has a flagship PPV to give the brand a proper launch. 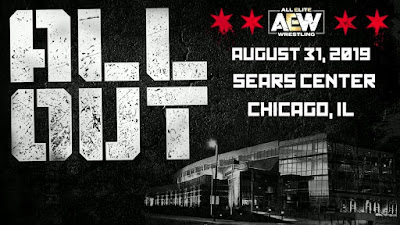 Where Double or Nothing served as an introduction, and Fyter Fest and Fight for the Fallen were appetizer shows, All Out will be AEW's true cornerstone PPV that makes the company official as a sports organization.  We'll be crowning an inaugural AEW Heavyweight Champion and setting up top contenders for the Tag Team and Women's titles, as well as blowing off (I assume) the Young Bucks-Lucha Bros feud.  If all goes according to plan, All Out will be the company's signature PPV event, the one people really remember as the true beginning, setting into motion the Wednesday night series.  As of now the main show has seven matches, plus two on the pre-show.  The big matches will almost certainly deliver huge, the undercard ones could be hit-or-miss.  But this PPV should have no shortage of memorable moments. 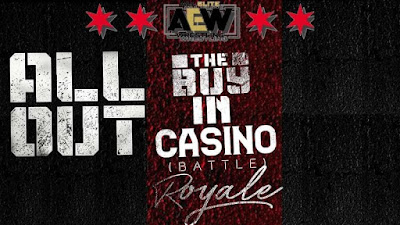 This match will determine one of two top contenders for the Women's Title on October 2nd.  I'm not sure how the other will be established but whoever wins this obviously has to be someone they're pushing long-term.  The match should be middling at best, like the men's version, but whatever, it's the pre-show.

Pick: I'll go with Britt Baker as she's clearly someone they're building around. 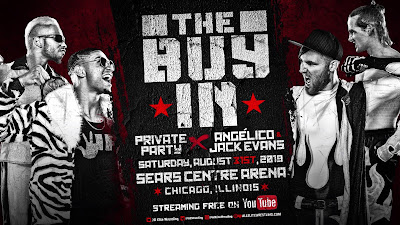 This should be a fun sprint.  Both teams have to be in the Tag Title mix somewhere, so this will showcase them.  Take your pick I guess. 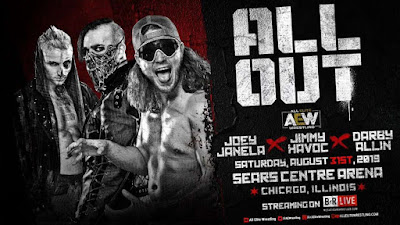 This match makes sense in the opening slot, as it will be fast-paced and get the crowd warmed up.  Of the three I like Allin's star potential the most, provided he can stay healthy.  He's young and has a unique look, and he's already been booked unexpectedly strong, going to a 20-minute draw with Cody.  So to me he's the guy this match should be used to elevate. 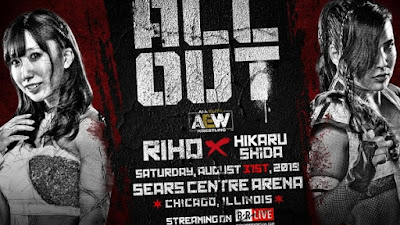 This should be a fun little match.  Shida has the it-factor for me, so I think she should get a strong, decisive win here, maybe on her way to the inaugural Women's Title final.

Best Friends vs. The Dark Order 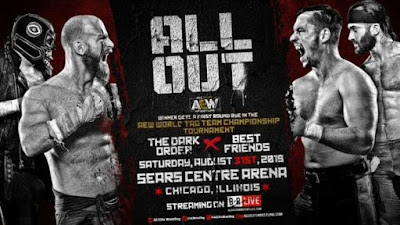 The winner of this gets a bye in the Tag Title tournament.  Not sure how many teams are in this thing but we'll find out soon enough.  It's smart for them to stretch this tourney out over several weekly episodes as it automatically gives them an important match for the first month or so.  The Dark Order seems to be in line for a big push so I'll pick them to go over (and possibly win the whole thing). 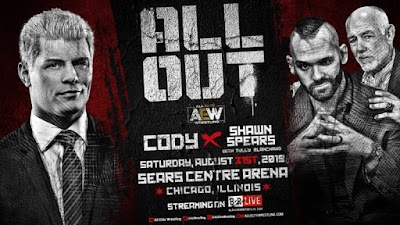 Here's the payoff to the controversial chair shot angle from Fyter Fest (Goddamn that was brutal).  Spears will be yet another test of "Can a guy get over without WWE holding them back?"  It's worked for Cody, Moxley and Kenta, so this will be an interesting experiment; Spears has everything to prove.  I have to think, to that end, that Spears wins the first match of this feud.  Wouldn't make sense for him to lose his first major match. 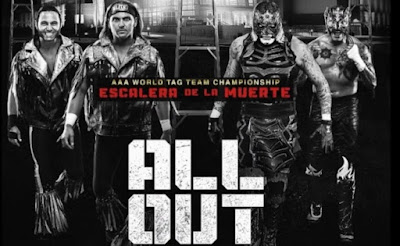 This could easily steal the show.  These teams have been feuding since March, both in AEW and AAA, and the Ladder Match makes sense as the climax.  The Bucks won the belts in March and lost them back in June, both in a AAA ring.  This being an AEW ring I don't see the titles changing again.  Plus the Bucks will now be in the AEW Tag Title hunt, so it only makes sense for Pentagon and Fenix to retain and end this rivalry. 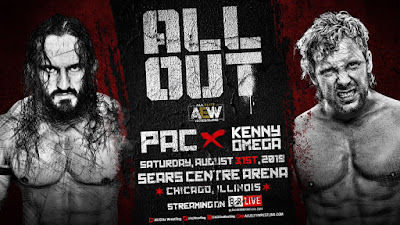 Well, fuck.  I was super pumped for Omega vs. Moxley, and now Mox has a serious case of MRSA in his elbow and has to postpone.  Goddammit.  So now another former WWE star, PAC, will be taking his place, making his own AEW debut.  This should still be great, and a totally different type of match, but it really blows that Omega-Moxley has to wait.  But PAC definitely has a lot to prove in a big-time main event-type match, while Omega has yet to deliver a defining AEW singles performance.  This could be it.  Omega's 1-1 in AEW singles matches so far, so I think he needs the win more. 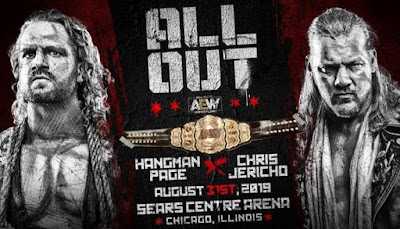 This is the toughest one to predict.  On one hand, Adam Page is young and just beginning to reach his full potential.  If AEW wants to cater to a young audience (and they need to; young people see WWE as uncool and out-of-touch, so scoring big with the 18-25 demo would be huge for AEW), it makes sense for the first champion to be someone young viewers can identify with.  On the other hand, the casual fans have never heard of Adam Page, whereas Chris Jericho is a long-time established star who can lend the new title instant credibility while a host of younger stars chase him for it.  Long-term I think Jericho is the safer bet; he knows how to draw the perfect kind of heel heat and get people wanting to see him lose.  If the first title change (let's say Omega beats him for it) takes place on a weekly AEW show in early 2020, that would make for a huge moment after months of building.  I think there's more benefit to Jericho being the first guy.


It's an exciting time to be a wrestling fan, and AEW's All Out is one of the big reasons why.  This show should go far in establishing the new product and setting the table for what is hopefully a hot new weekly TV show.  I'm excited to see how it all shakes out.