NJPW's first major show after the fantastic G1 Climax is upon us, and it's across the pond in the lovely UK.  It's time for NJPW Royal Quest!

Now that we have our Tokyo Dome main event contender set (pending Kota's two briefcase challenge matches), it's time to defend some of these championships and build off the stories from the G1.  We have four title matches and a bunch of tag bouts, on a show that has a pretty spectacular top end.  The newest Bullet Club member will be challenging for the NEVER Title, the Ace of the Universe will go after the RPW British Champion, and the returning Minoru Suzuki has a major bone to pick (or break) after being left out of the G1.

But first the undercard.

This will be a fun little opening tag.  Sho and Yoh could use some re-establishing to get back in the title hunt, while Umino and Narita should be going on excursion any day now. 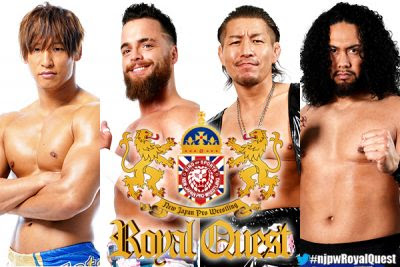 I find this an odd spot for the current G1 Champion, but maybe Kota wanted a nice easy match after the grueling month he just had.  Juice is obviously due a US Title rematch with Moxley coming off his win on the last night of B Block action.  Takahashi and Hikuleo should be pushovers. 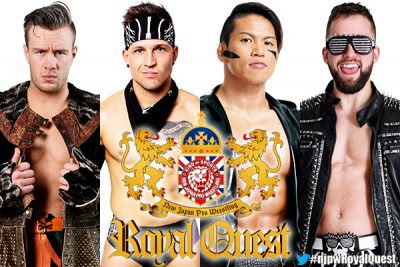 This should easily be the best pre-intermission match, with the IWGP Jr. Tag Champs and the IWGP Jr. Champ represented.  I'll just sit back and watch the fireworks.  I'd say Phantasmo getting a pin over Ospreay to set up a future title shot would be a good move. 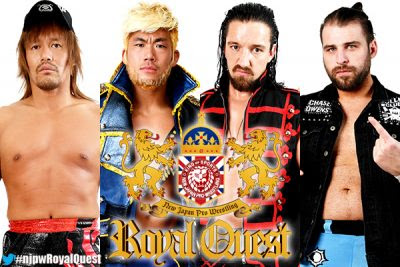 Naito and White continue what they started in B Block, while Sanada looks to build up to his inevitable title match in October.  I'd say the reason Owens is here is to take the pin from Sanada. 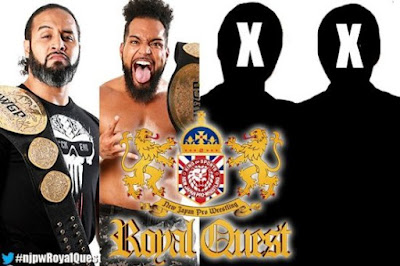 They're doing some tournament in RPW for a shot at Tama and Tanga, but I'm not familiar with any of the semi-finalists.  So I'm picking the champs to retain.  Should be a solid match if the challenging team is any good. 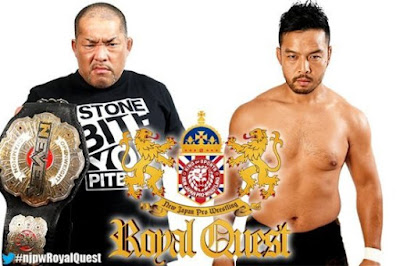 Man, this should be awesome.  Kenta is the hottest heel in the company after turning on his mentor Shibata and joining Bullet Club.  And the New Japan faithful HATE him for it.  What a difference a change of scenery makes.  WWE couldn't do fuck-all with Kenta, yet here he is now, one of the most newsworthy stars in wrestling.  Between Kenta and Moxley, anyone who doubts WWE's booking is the problem isn't being honest with themselves.  Anyway, these two are gonna beat the everlovin' shit out of each other for our enjoyment.

Pick: Kenta has to follow up his legendary heel turn angle with a title win.  If he does, he needs to keep that belt for a long, long time. 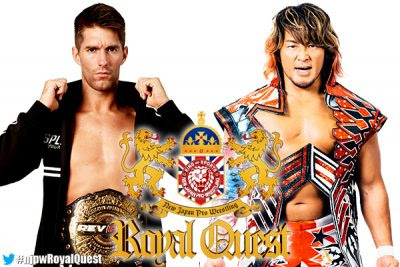 These two had an excellent G1 match in which Tana beat Zack with a rollup, adding to Zack's underachieving record.  Thus Tana's earned himself a title match.  This should be splendid as always, with Tana likely adjusting to Zack's ground-based grappling style.  I don't see Tana repeating his feat here; Zack will retain. 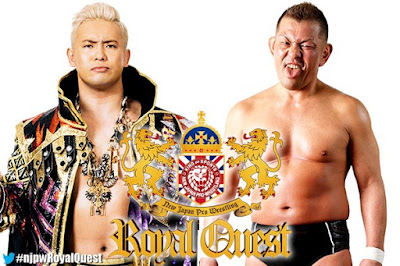 It's always an epic war when these two get together, and I expect as much here.  Suzuki returned the night of the G1 Finals, defeating Okada in a tag match and demanding that Okada surrender the title then and there.  This one will go very long I expect, much like their two 2017 bouts, with Suzuki once again trying to cripple the champion.  But Okada will vanquish his sadistic foe and move on to Sanada at King of Pro-Wrestling.

And that's Royal Quest - should be a very easy-to-watch 8-match card, with a few potential MOTY candidates.  I'm really looking forward to Ishii-Kenta, which should give the NEVER division the kick in the ass it needs.  That'll do it for now, enjoy the show!


Posted by Justin Enuffa Ballard at 9:35 AM