Bullying happens in schools all across the country.  It seems to make the news cycle everyday, occasionally reporting a tragic ending for the bullied.  If you’re like me, an anger tends to bubble up inside you while reading these stories and interviews, and you think how sweet it would be for the bully to get a taste of their own medicine.  Eye for an eye.  Nice, satisfying idea right?  Well, what if it goes wrong?  Let me introduce you to the film Mean Creek. 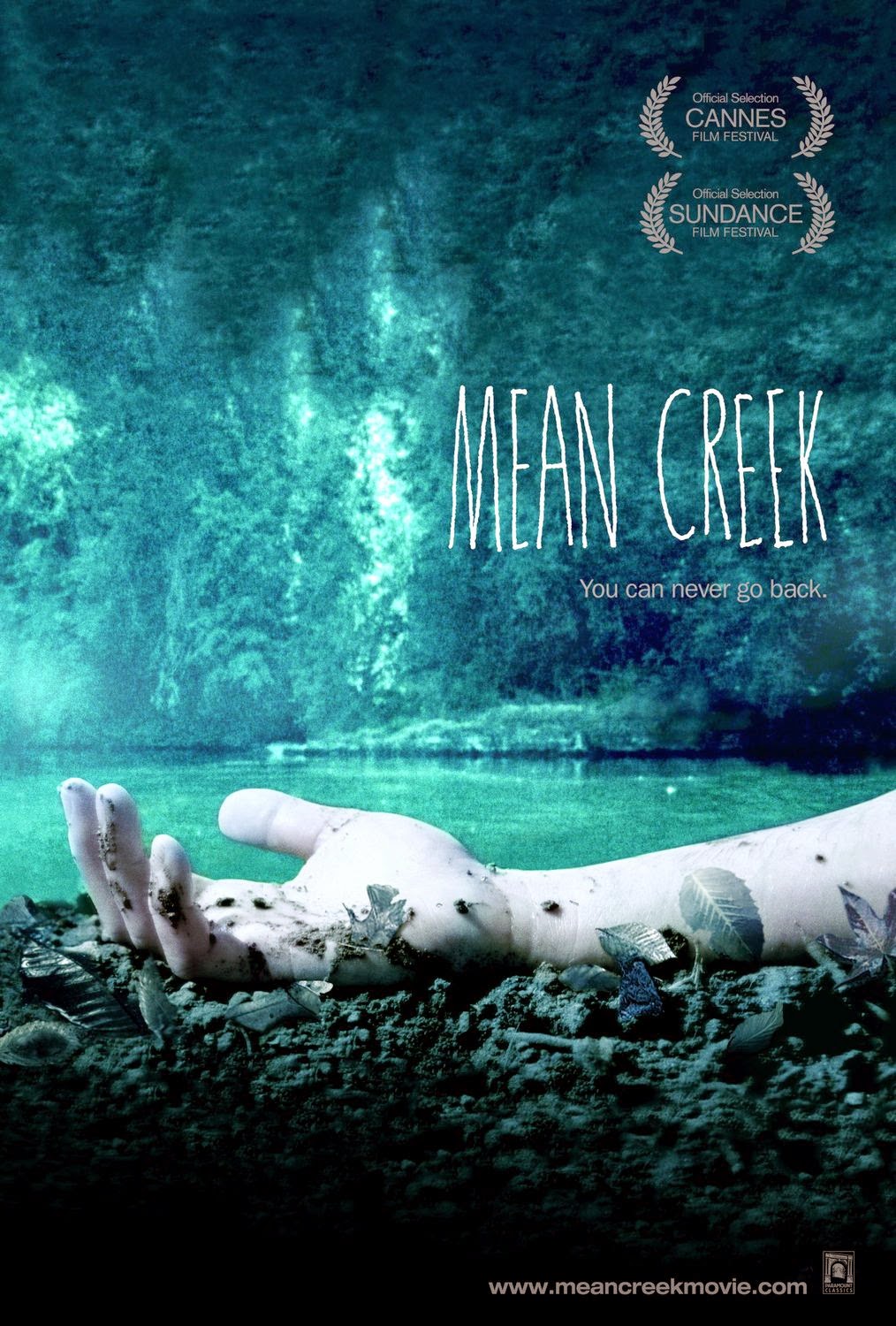 Rory Culkin (younger brother of Macaulay and Kieran) plays Sam, a kid who is constantly getting bullied at school by George, a bigger kid whom no one in the town seems to care for.  Fed up with the bullying, Sam turns to his older brother Rocky (played by Trevor Morgan, who is the asshole kid in The Sixth Sense as well as Mel Gibson’s asshole son who gets shot in The Patriot) to hatch a plan to give back to George what he dishes out.  Rocky turns to his friends, bad boy and criminal in the making Marty, and Clyde, and decide to lure George to the woods, under the guise of it being Sam’s birthday, and undress him and leave him in the woods to walk back home naked and humiliated, exacting Sam’s revenge.  Sam’s “girlfriend” Millie comes along to help sell George on the birthday idea.


Things begin to go wrong almost right away when everyone but Marty begins to see George as a good guy, just misunderstood.  It causes Sam to want to call off the prank, and everyone obliges until George begins prodding everyone, mocking Clyde’s personal secret or bringing up Marty’s troubled family history which causes Marty to snap and go ahead with the plan.  Things come to a head and the group of friends find themselves in an unimaginable position that would continue to shape, and haunt, the rest of their lives.

This film really scores points with sympathizing with its characters.  As much as I knew George was a scumbag bully, I even began to feel sorry for him, seeing him as just a lonely kid with no friends, simply misunderstood.  I found myself nearly in tears at the thought of Sam and Millie’s young relationship crumbling at the feet of tragedy.  The future implications of all the characters are very intriguing, and hinted at constantly near the end of the film.  Can Sam and Millie ever amount to anything more than friends with this incident standing between them?  Will Marty take this as a sign that avoiding a life of crime is inevitable, and give into it?  Will Sam and Rocky be closer as brothers or will this moment cement a resentment?

In this day and age when bullying is an issue and the normal thought of revenge tends to slip into the minds of reasonable people, no one thinks of it going wrong or of the unintended consequences.  Everyone feels in control.  Mean Creek is a reminder that no one, and no one thing is ever in control.

Mean Creek is streaming on Netflix.

Check out the trailer!
Posted by Justin Enuffa Ballard at 3:55 PM