The regular season is over and here’s our winner. 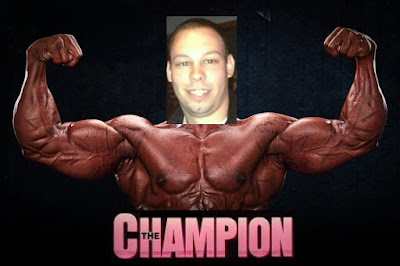 Yes, Brandon has pulled it off, with Miggsy losing on a HILARIOUS last minute field goal gaffe by the Kansas City Chiefs. Too funny. The less said about my picks, the better (though the DC Brawlers pulled it off last week!)

We’re each gonna pick two games per playoff round and insult each other and the teams, as usual.

KANSAS CITY (-3) @ HOUSTON –THE PICK: KANSAS CITY
That’s right, I’m picking two road teams in the playoffs. Why? Because their opposing teams' quarterbacks stink. The only thing more mashed up than Brian Hoyer’s brains is my pud after watching the new Star Wars movie. Both of the road teams in this matchup are playing great ball, and I don’t see how Houston can beat Kansas City (I mean I do; Houston’s D has been great lately and they have DeAndre Hopkins...shit...maybe I should change my answer...) 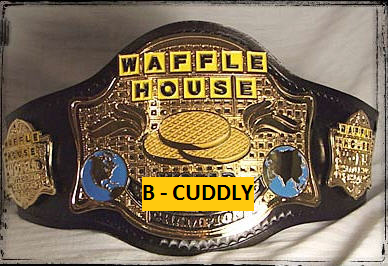 Now you have something to show your boys Tupac and Jay-z next time you hang out.

I could have won but I got fucked in the ass by Chief’s place kicker Cairo-fucking-Santos!!! I’m not going to S-H-I-T right for...a month. Evidently he’s from Brazil, how is he even allowed to play in the NFL? He salsa'd his way through the worst field goal attempt I’ve ever seen in my life. I’ve watched the play like 100 times and I still don’t know what he was doing. JUST KICK THE BALL FOR CHISSAKE!

Anyway, the playoffs are a new season so that means more bad picks. This time with over/unders. Ya wanna get nuts? Let’s get nuts.


Seahawks@Vikings – Over/Under 40 PICK: OVER
I think Seattle wins this game because they will score 30-something points. All I need is 10 from the Vikes. This one goes over easily.

Kansas City Chiefs @ Houston +3.5 PICK: CHIEFS -3.5
I don’t have any faith in Houston. They were barely above .500. Their QB stinks. If you can’t keep the starting gig for the Browns, then you’re not an NFL caliber QB. It’s that simple. So I’m back on the chiefs this week. I guess the buttfuckin' wasn’t that bad. I don’t know what everyone is always complaining about.

THE CHAMP IS HERE! Was there ever a question who would take the crown? Much like in his trousers, Miggsy came up a little short. Poor fella. But we move onto the playoffs. Perhaps things will change (they won’t). As for Danny, we’re letting him pick again. Just because he’s clearly handicapped that doesn’t mean we can’t include him. He’s like our sponsor kid. Moving on. Playoff football is back! The theme in Round 1 is road favorites. Depending on where you look, 3 or all 4 road teams are favored this week. Unreal. Can’t remember a time when that happened. Round 1 is always a time when Vegas makes a killing and this year will most likely be the same. On to the picks.

Green Bay (-1) @ Washington – The Pick: WASHINGTON +1
Some places have this line reversed. It doesn’t really matter to me. What has Green Bay done this year to show anyone that they deserve to be road favorites in a playoff game? A-A-Ron hasn’t been great this year. And his receivers get less separation than Miggsy’s thighs. I just don’t think they are good enough to win right now. Of course, backing Kirk Cousins doesn’t make me feel too comfy. I know he’s been playing well lately, but it’s Kirk Fucking Cousins. But the pick is simple for me. One team is playing well and on a streak (Wash), and one team is playing lousy and looks lost (GB). I don’t think Green Bay can fix what’s plagued them all year in one week. Washington wins 27-20.