Welcome to another edition of Top Ten Things, here at Enuffa.com, where I count down a list of ten things.  Pretty obvious really.

Today it's the top ten debut albums of all time!  Now just to clarify, this list is in no way based on sales figures, it's simply the debut albums I feel are the strongest and/or most influential.

Generally a band's debut album rarely stands up as their best work, in my estimation.  For most bands it takes a good three or four records for them to truly find their voice, and with maturity and seasoning comes a much stronger, more confident output.  But every so often a band will emerge with a record that just blasts right out of the gate and changes the industry forever.  Even more rare is the debut album that remains the band's finest work.  There are a few of those in this list.  So without further blathering, let's get to it.  After each album I'll name my three favorite tracks.


But first a few honorable mentions:

Rage Against the Machine
Key Tracks: "Bombtrack," "Killing in the Name," "Know Your Enemy" 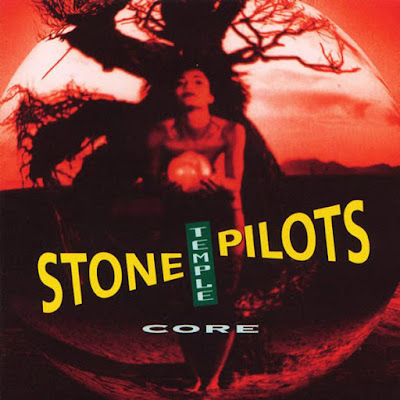 In the early 90s the hard rock scene was turned on its ear with the advent of the grunge movement.  Based primarily in Seattle, grunge was everything 80s hard rock was not.  Glamorous hairstyles, garish outfits and decadent party lifestyles gave way to flannel shirts, an unkempt look and a more introspective, moody sensibility.  Stone Temple Pilots hailed from San Diego as opposed to Seattle, and arrived on a scene a bit later than their northwestern counterparts, but their debut album Core fit right into the grunge pantheon.  Boasting clear influences from Pearl Jam, Soundgarden and Alice in Chains, STP were initially decried by critics as cheap imitators, but they soon began exploring more varied musical styles and carved out a place for themselves quite separate from their grunge precursors.  For my money though Core was their best and most complete effort, featuring several classics still considered essential early 90s alt-rock fare. 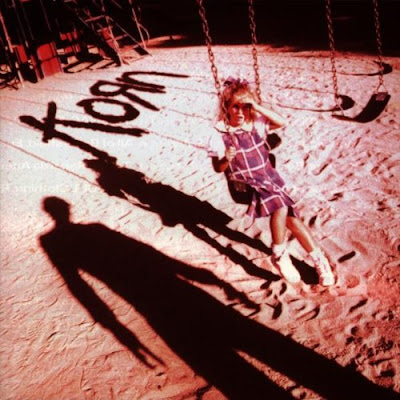 Only a few years after grunge dominated the airwaves, another hard rock subgenre was birthed by this ragtag group of Bakersfield, California oddballs.  Detuned 7-string guitars, an ugly percussive bass tone, loose, syncopated drums, and anguished, gravelly vocals combined to make a uniquely disturbing musical form later dubbed "nu-metal."  Whatever its label, this type of music served as a form of psychotherapy for its architects, who used the raw emotional suffering of an abusive upbringing as their inspiration.  The cover depicts a young girl sitting terrified in the shadow of an adult abuser, and this illustrates perfectly the subject matter contained within.  Songs like "Clown" and "Faget" are angry responses to would-be bullies, while "Shoots & Ladders" and the heart-wrenching "Daddy" (which climaxes with singer Jonathan Davis breaking down in hysterical sobbing) address wanton childhood cruelty.  With this emotional, dissonant record, KoRn spawned countless nu-metal imitators and completely altered the hard rock genre for the better part of a decade. 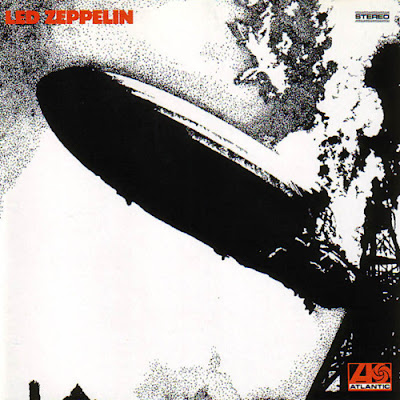 The debut album of one of the most far-reachingly influential bands of all time.  Zeppelin arguably co-created the heavy metal genre (along with Black Sabbath, though neither band will accept credit) with Jimmy Page's overdriven blues-rock guitar riffs, Bonham's thumping drums, and Robert Plant's soaring, rock god vocals.  While Zeppelin would in my opinion eclipse this album with their subsequent releases, there's no denying what a game-changer their eponymous debut turned out to be.  From the epic scope of breakup songs like "Babe I'm Gonna Leave You" and "Your Time Is Gonna Come" to Page's reworking of blues numbers like "You Shook Me" and "I Can't Quit You Baby," Led Zeppelin was truly a genre-bending milestone.

Key Tracks: "Babe I'm Gonna Leave You," "Your Time Is Gonna Come," "How Many More Times" 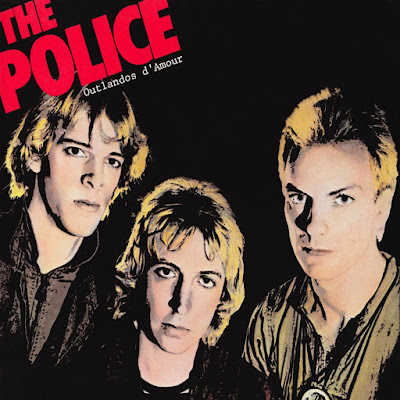 Rarely has a band come seemingly out of nowhere and delivered an album with such musical maturity and confidence, let alone one that includes an all-time classic radio single.  Of course the three band members were unusually old for rock n' roll newbies (Sting was 27, Stewart Copeland 26, and Andy Summers a staggering 36) and had been individually honing their craft for several years before achieving fame.  But creating an entirely new rock n' roll formula by melding elements of punk, pop, jazz and reggae is no small feat regardless of age or experience.  From the pounding opener "Next to You" to the morose, reggae-infused "So Lonely" to the iconic "Roxanne," Outlandos d'Amour announced The Police as a major rock n' roll triple threat, who would carve out a unique niche and spawn at least a dozen enduring radio hits. 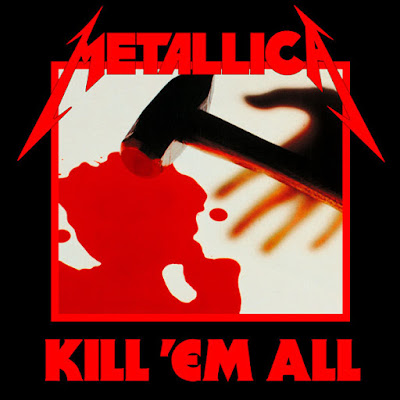 Speaking of game-changers, 1983 saw the heavy metal genre sprout knife-like fangs and start mauling people to death with the release of Metallica's thunderous debut Kill 'Em All.  At a time when most hard rock resembled the glam-influenced Motley Crue or the radio-friendly Def Leppard, Metallica cranked up twin rhythm guitar distortion and revved up the tempos, creating a machine-gun aural attack called speed metal.  From the blistering opener "Hit the Lights," these four twenty-year-olds (who resembled your average high school dropout moreso than heavy metal idols) adopted a furious no-bullshit attitude and left all eyeliner-sporting posers in the dust.  It's safe to say virtually every metal band since owes a debt to this legendary San Francisco outfit. 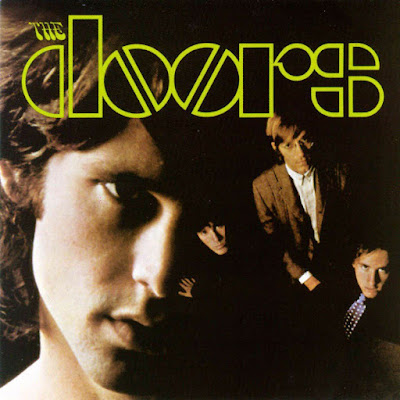 Combining psychadelic and surf-rock sensibilities with Latin-flavored beats and Elvis-inspired, crooning vocals, The Doors burst on the LA rock scene in 1967 with this collection of now-classic tracks.  John Densmore laid a unique foundation by eschewing straight-ahead rock drum parts, while Robby Krieger's fingerpicked guitar danced over Ray Manzerek's swirling organ.  Atop all of this was the voice of an unlikely rock icon, a shy poet named Jim Morrison, whose onstage energy and iconoclastic aggressiveness became the stuff of legend.  The opening track "Break on Through" was simultaneously a counterculture anthem and booming announcement of the band itself: "Here we are to kick the doors down!"  But the album reaches its full potential in the unconventional radio hit "Light My Fire" and the darkly expressive epic denuoument "The End."  The Doors would explore many different styles over their rather brief career as a four-piece, but for me the self-titled debut is still their apex. 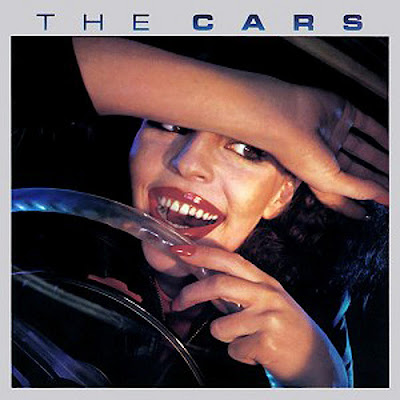 Amid the late 70s New Wave movement materialized a quirky quintet of nerdy guys from Boston called The Cars, whose unforgettable 1978 debut album mixed punk-pop with heavy synths and a goofy sense of humor.  The Cars boasted multiple radio singles like "Let the Good Times Roll" and the immortal "Just What I Needed," and several excellent deeper cuts like the droll "Bye Bye Love" and the bittersweet "All Mixed Up."  The advent of dual lead vocalists gave their sound some diversity, as Ric Ocasek's oddly stylized delivery alternated with Benjamin Orr's smoother approach.  The Cars helped make the band a Top 40 radio staple for most of the following decade (not to mention a classic rock staple to this day) and for me remains their strongest album. 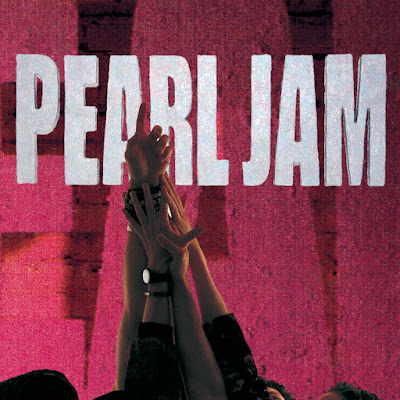 The aforementioned grunge movement caught on huge in late 1991 with the release of Nirvana's Nevermind, but equally responsible for grunge's explosion in 1992 was Pearl Jam's '91 debut album Ten, which got nearly as much airplay as Nevermind, on the backs of three major hit singles: "Alive," "Evenflow," and "Jeremy."  With Ten, Pearl Jam bared grunge's more sensitive, thoughtful side, as Eddie Vedder's introspective lyrics and darkly timbred, intense vocals would inspire a generation of moody, flannel-clad front men.  Aside from the three singles though, Ten's real standouts for me are the two ballad-like tracks, the morose, pessimistic "Black," and the stirring, hopeful waltz "Release."  Here Vedder shows his emotive range and cements his place as an everyman anti-rock star.  Pearl Jam is the one band from the Seattle grunge era to endure to the present day without losing a front man or splitting up for fifteen years, and their catalogue has displayed considerable diversity.  But Ten will always be THE essential Pearl Jam album; the one for which they'll always be remembered. 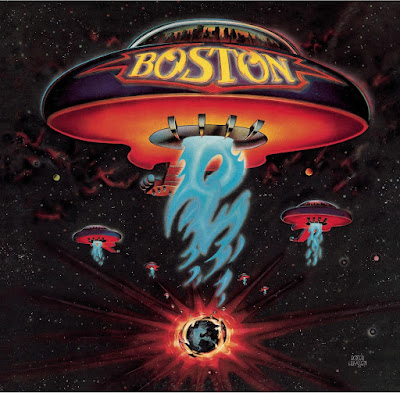 Largely the brainchild of MIT alum and multi-instrumentalist wizard Tom Scholz, Boston emerged on the national scene in 1976 after several incarnations, with the release of this self-titled debut.  Nearly every song on this album has become a staple of classic rock radio, and the album now plays like a Greatest Hits collection.  Boston captured lightning in a bottle on every track; the instrumental performances (many of them by Scholz himself) are essentially note-perfect, the production, done entirely in Scholz's basement studio(!) is more polished than just about anything released in the 70s (or 80s for that matter), and the vocals.  Sweet Jesus, Brad Delp's vocals...  How this guy seemingly isn't ever in the discussion of the all-time great rock n' roll singers is beyond me.  Delp's voice had the elasticity of a gymnast; his soaring melodies jumping around effortlessly, capturing every emotion while dazzling the listener with virtuosic agility.  It's no wonder at all that Boston sold 17 million copies and became the blueprint for radio-friendly arena rock, catapulting the band to superstardom.  Sadly they would never achieve this level of commercial and artistic success again, but this debut album is an absolute rock landmark; any band would kill to have even one album like this in their catalogue. 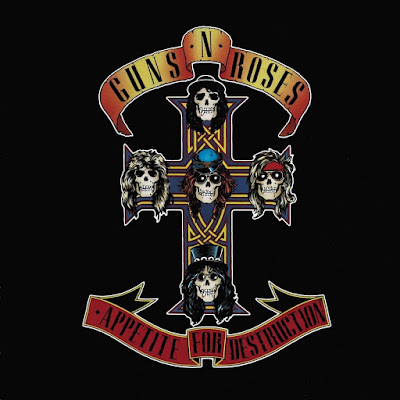 When I mentioned at the beginning of this piece that certain debut albums blast right out of the gate, Appetite for Destruction is the one that embodies that metaphor more than any other.  This hard rock masterpiece captured the essence of a five-piece intent on proving themselves the most dangerous band on the planet.  With the opening track "Welcome to the Jungle," Slash and Izzy's raunchy twin guitars and Axl's treacherous squeal cut through the listener like a razorblade, proclaiming to all that the squeamish need not apply.  From there we're treated to fifty-three minutes of decadent, fiendishly aggressive hard rock n' roll that combines the bluesy attitude of 70s arena rock with the unbridled debauchery of the sleazy 80s L.A. metal scene.  In other words, Appetite for Destruction was sex, drugs & rock n' roll, encapsulated on 12 inches of vinyl.  The album sold an astounding 18 million copies in the US alone and catapulted GNR to megastardom; by 1989 they were the biggest rock band in the world.  The followup Use Your Illusion contained much greater variety and maturity, but for most people Appetite is by far the definitive Guns N' Roses record, and for me it's the greatest debut album of all time.


And that wraps 'er all up.  Did I miss any of your favorite debut albums?  Comment below, and thanks for reading!
Posted by Justin Enuffa Ballard at 9:01 AM