Today I'll be talking about one of my favorite bands, that ragtag group of nu-metal pioneers, KoRn!  In short, I'll be counting down my ten favorite KoRn songs. 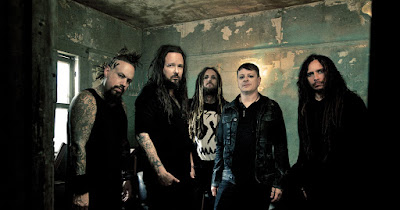 I came by my KoRn fandom rather unconventionally, which is to say I hated (HATED) this band for years before finally embracing them.  I first heard KoRn while working at Strawberries record store in the summer of 1995, when "Blind" was featured on the monthly disc of songs the company was pushing.  I didn't think much of the song and quickly dismissed this messy-sounding metal band as a passing trend.  Fast-forward a couple years and KoRn had become the biggest thing in heavy music, much to my chagrin at the time.  As a fan of traditional, intricate speed metal and the like, I couldn't wrap my brain around the detuned, deliberately ugly sound this band was peddling.  Songs like "Chi" and "Got the Life" actually made me physically angry to listen to, and not in a good way.  Then suddenly in 1999 they released Issues, a more melodic effort with dense vocal harmonies and textured guitar performances, and it all clicked into place for me.  I was able to get past my preconceived notions of what hard music "should" sound like and just enjoy this eccentric new approach.  Soon thereafter I relistened to their earlier albums, and within weeks I was a full-blown KoRn fanatic, and have been ever since.  The band may not get much mainstream attention these days, but I still rush out to buy every album.

But which songs are my favorite?  Well let's take a closer look..... 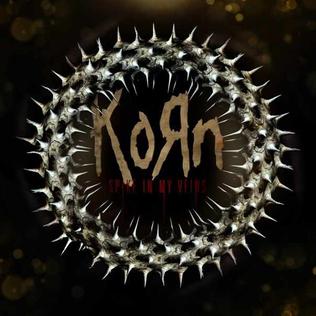 The final single from their 2013 album The Paradigm Shift (notable for the return of Brian "Head" Welch on guitar), "Spike in My Veins" boasts a syncopated groove, complementary back-and-forth guitar overdubs, and a melodically simple but eminently hooky chorus.  The song instantly grabs you but also includes enough intricacies to warrant further listens, illustrating how much stronger the KoRn machine is with both of original guitarists in the fold. 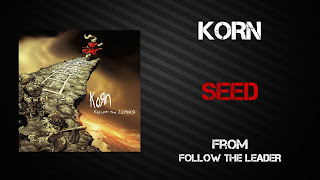 This late-album track from Follow the Leader is seemingly about Davis's relationship with his son and his resultant longing for the simpler days of childhood.  The verse meanders at a slower tempo before shifting dramatically to a driving chorus, and the bridge section features two bizarre scat sections aided by a whammy pedal, giving Davis's voice an otherworldly, demonic sound.  "Seed" is one of the darkest-sounding songs on the album and for me a classic KoRn song. 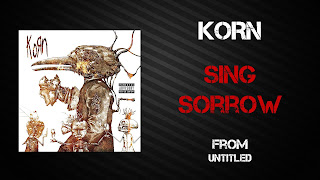 One of the bonus tracks from their untitled 2007 album, "Sing Sorrow" is unquestionably the best song from those sessions as far as I'm concerned.  This midtempo anthem deals with themes of society's values falling by the wayside, and the descending chord progression and elastic melody makes for one of the band's best-written hooks. 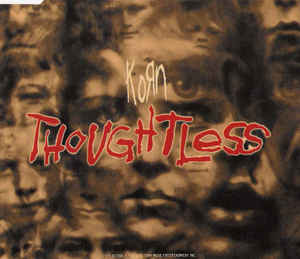 One of the bigger-sounding songs from their huge-sounding Untouchables album, "Thoughtless" contains one of Davis's strongest, most instantly memorable vocal parts.  The sparse drum and guitar rhythms of the verse give this violent song about revenge an uncomfortable feel during the verses before opening up for an epic pop-tinged chorus. 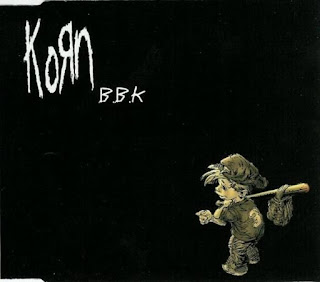 Another standout from Follow the Leader, "B.B.K." (or Big Black Kock - a nickname Davis gave to a specific Jack & Coke drink) deals lyrically with the self-imposed pressures Davis experienced while recording the album.  The tritone-based chorus riff hammers relentlessly under Davis's call & answer vocals, and out of the bridge section erupts another one of those scat vocals. 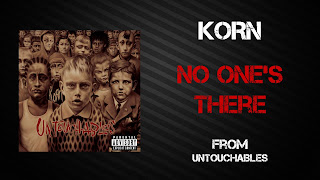 The final track on Untouchables feels like the band closing the door on writing music about their personal demons (That obviously wasn't the case, but it sure sounded like it).  The descending verse progression calls to mind Cream's "Tales of Brave Ulysses," while the slow, massively open chorus renounces all the external tormentors in Davis's life.  Probably the most epic song the band has ever written. 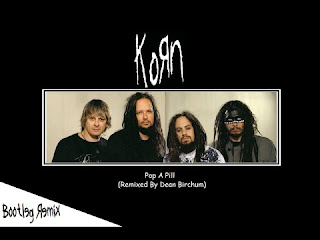 Current drummer Ray Luzier made his studio debut with the band on 2010's Remember Who You Are, and on songs like "Pop a Pill" made it very apparent how vital his tripwire-tight percussion is to KoRn's current sound.  Davis's demented lyrics about substance abuse bounce dizzily over the syncopated guitar riff before the soaring, monstrously hooky chorus takes over, aided by Luzier's double-time barrage.  "Pop a Pill" is in my opinion KoRn's best song so far this century. 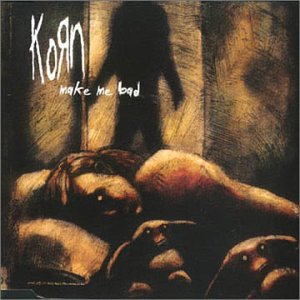 The second single from 1999's Issues, "Make Me Bad" was the song that converted me into a KoRn fan.  The instantly memorable pentatonic-based chorus melody grabs the listener by the throat and never lets go, while layers of heavy guitars flow underneath.  This song made me realize that, apart from the brutal ugliness of their signature sound, KoRn was also an excellent rock n' roll band. 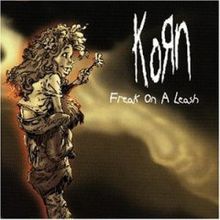 Probably their best-known song, Davis's lament about the burdens of fame quickly catapulted the band to superstardom and introduced millions of unsuspecting listeners to his unique death-scat.  Even aside from the strange vocal percussiveness featured in the bridge, "Freak" also boasts one of the band's most instantly recognizable chorus hooks over a loose, midtempo groove.  Differently compelling is the MTV Unplugged version, featuring Amy Lee on backup vocals. 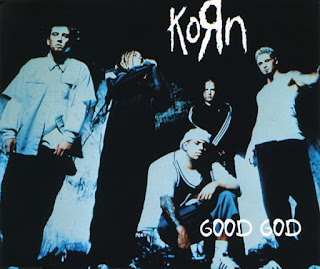 My absolute favorite KoRn song is this relentlessly brutal track from Life Is Peachy, concerning the betrayal of a childhood friend.  "Good God" starts with a frenetic guitar riff bouncing from the lowest note to the highest and back, and settles into a harmonic-laden verse riff, over which Davis howls in resentment.  The chorus hook is simple but effective, and then that bridge..... The "Good God" bridge is the quintessential example of KoRn's patented "start low and build to a peak" structure, with Davis going from a whisper to an ear-bludgeoning roar in the span of eight bars.  The raw urgency of the production coupled with the unfettered rage of the vocal performance makes "Good God" the band's all-time best track in my opinion.


Posted by Justin Enuffa Ballard at 10:08 AM