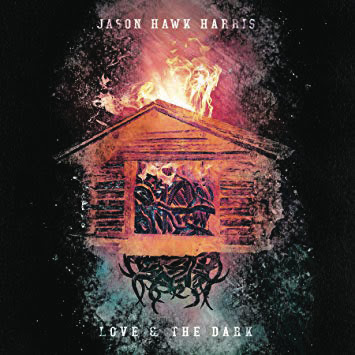 So, I’m in Vermont one weekend, sitting on the couch and drinking some of the best beer ever made (from the auspicious Hill Farmstead) and surfing through my Instagram feed when I stop at a video posted by Bloodshot Records. The video shows a young man with a guitar performing in front of a small group of people in what seems like some kind of small showcase. His band behind him is churning through a raucous Americana number and the young man is moving his leg emphatically with the beat. He sings at a level that demands your attention, with such fiery passion and urgency that a guy in the audience can’t stand still. The band fades a little while this man sings his verse before reigniting, the bass player has her back to the camera but shows her hand walking down the neck of her bass and the drummer just pounding away at his snare and hi-hat. The rhythm of the song is rollicking and infectious. I thought to myself, Who the hell is this?

I immediately downloaded his debut album Love & The Dark, released in August on Bloodshot Records, and was absolutely devastated by it. It was so fucking good. It’s country, its Americana, it's rock ‘n’ roll, it's punk and it's orchestral. His voice is smooth and poignant and the album has themes of death, love, the unknown, addiction and religion. Each track seems effortless, as if he came into the melody, rhythm, sound, timing and delivery of each song as cool and natural as walking into a room full of friends and family. He’s right where he wants to be.

The album kicks off with the stunning “The Smoke and The Stars”, a redeeming love song about a man struggling to fight off his demons until his love comes back to him, freeing him of the struggles he’s facing. The song builds slowly until he pleads “Let me live in those green eyes of yours”. It’s an emotionally crushing song with beautiful instrumentation and an arrangement that wonderfully sets the stage for the rest of the album.
This album is full of liquor, death and pure emotion. Even though these themes are nothing new to the genre, Harris delivers them with a powerful vocal performance, intense and emotionally overpowering lyrics and a sound that varies from rollicking and thunderous(“Confused”, “I’m Afraid”) to serene and mournful (“Blessed Interruption”, “Phantom Limb”). Jason’s lyricism and vocabulary on this album is pretty impressive as well. On the song “Confused”, the witty turn of phrase “Certainty, uncertainty, learning Greek between our sheets” works as smooth and as well as his ability to inject the word “platitudes” in the same song makes it a song fun to sing along with.

Despite there being a little fun, there is also a lot of pain on this album as the death of his mother is a common topic. On “Phantom Limb” Harris describes his grief as “coming in waves, it's numb in between, and when I'm not crying I can't feel a thing”. The realization hits him as he repeats, “Mother, you’re dead” conveys a moment of clarity that can never be overstated and Harris delivers the line with heartbreaking finality.

The track is closely tied to “Blessed Interruption”, a song that almost seems like a neverending barrage of thoughts going through his mind while planning his mother’s funeral. He seems to be dealing with it all but is aching for relief. He finds it in his wife and the song effortlessly turns from a song about grief into a song about a powerful and unwavering love.

However, the album’s finale “Grandfather” is the big highlight here. The song paints the picture of the afterlife, of him meeting his grandfather in heaven, marveling at his appearance and the smile on his face as Harris pieces his surroundings together. The song reaches its climax when his grandfather tells him that his mother is there as well, reassuring him, “She's peaceful and lovely and breathing new air”, and with that, I proceed to bawl my eyes out. It’s not just Harris’s brilliant songwriting or the vivid imagery of his lyrics that makes it challenging to keep from crying each time I hear it, but it’s the way the rest of the songs on the album helped lead the way to this song. I find myself crying because Jason has made me familiar with his loss, his pain and his grief through the previous tracks. He’s brought me in and shared this with me, his listener. With each listen I marvel at one unmistakable certainty: Jason Hawk Harris is a great storyteller.

Love & The Dark is a stunning debut album from Jason Hawk Harris. The instrumentation, the execution of rhythm and melody, the lyricism, the arrangements and storytelling, all add up to it being a must own record. He delivers the pain, joy, hope, despair and redemption in such a manner that it wrecks me with each listen. I cannot wait for any future releases. It’s easy to draw a line of comparison to Jason Isbell, but do not doubt it for a second...Jason Hawk Harris stands on his own sound and style...and it’s magnificent to hear.

Discovering this kind of artist and album is making me think I should spend more time drinking beer in Vermont.

Key tracks: The Smoke And The Stars, Confused, Grandfather