Welcome to another WWE Predictions extravaganza here at Enuffa.com!  We've entered what is traditionally the dullest part of the WWE calendar year, but in 2019 that could all be out the window given the impending Wednesday Night War.  I'm sure the NXT brand will be pulling out all the stops over the next few months to get the edge over AEW.  But what about the main roster? 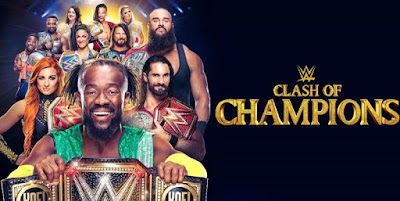 Well, aside from minor improvements and somewhat more watchable shows, the main roster is still suffering from a lack of week-to-week flow and some go-nowhere angles.  One in particular has been particularly baffling, more on that in a bit.  Regardless, the lineup for this Sunday looks fairly promising and features some fresh stuff.  You take what you can get.  As of now Clash of Champions has eleven matches (the Baron Corbin-Chad Gable King of the Ring final has been moved to Monday's RAW) and I'm sure at least one will get the pre-show bump.  Let's take a look... 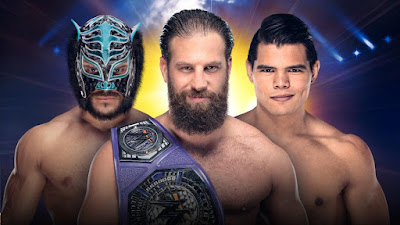 Yet another Cruiserweight Title match that will be technically fine but met with apathy.  I've been saying it for months, but 205 Live desperately needs a centerpiece star, otherwise it's just a buncha smaller guys the main roster has no use for.  Kushida made his debut this week, so maybe he's being groomed for that spot.  But given WWE's track record with non-English-speaking stars (or even stars with accents), I ain't holding my breath.

Pick: Drew will retain because I've barely heard of the other two 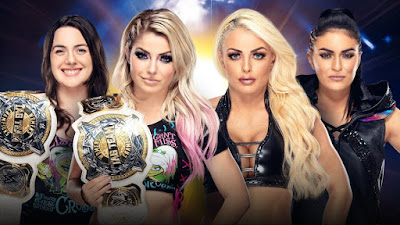 The company needs to shit or get off the pot with this title.  It's been worthless since WrestleMania and despite them putting Asuka and Kairi Sane together as a team tailor-made to have a dominant title run, they've chosen not to pull the trigger on them.  Because Vince sucks.  No, instead we have the "frenemy champions" deal, because that never gets old, right?  Call me when the Kabuki Warriors win these straps.... 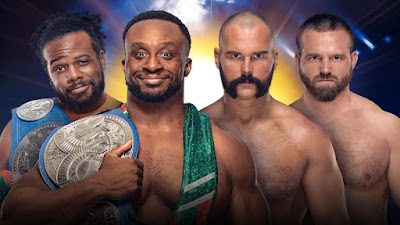 Is this Dash & Dawson's first PPV match on the main roster?  No?  Feels like it anyway.  This should be fun if given time.  I'm still hoping The Revival heads for the exit next April, as AEW could do great things with them.  I wonder how much Vince'll offer them to stay.  Anyway, given their uncertain future in WWE I gotta pick the champs to retain here. 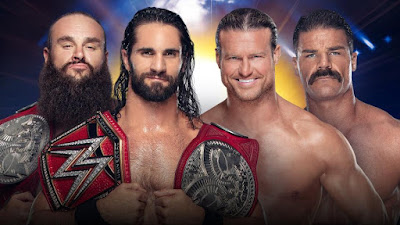 I like the Ziggs/Roode pairing and hope they adopt a proper team name and get a nice title run.  They're both severely underused workers who should be much bigger stars by now.  Also, I hate when they put the tag titles on two guys who are feuding with each other, so I'm rooting for the challengers big-time.  Literally the only time the "frenemy champions" thing has ever worked was with Steve Austin and Shawn Michaels.  And that's because it was novel.  Plus it was Steve Austin and Shawn Michaels.  Put the belts on a real team for fuck's sake. 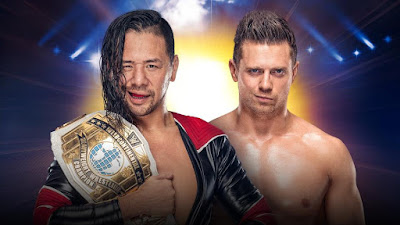 Holy hell, Nakamura's actually got a PPV match??  That's amazing.  When was his last PPV appearance that wasn't on the pre-show?  One sec while I Wiki this shit......he was in the Super ShowDown battle royal in Saudi Arabia, and his last proper PPV match was at WrestleMania.  Remember in 2018 when he won the Royal Rumble and had multiple WWE/US Title matches on PPV?  Good times.  When's Nak's contract up?  That day can't get here fast enough.  I assume Sami Zayn will be in Nak's corner here, which should mean he helps him retain. 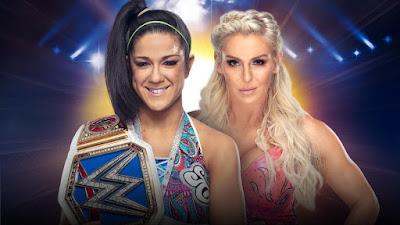 So Bayley's finally a heel, reunited with her bestie Sasha Banks.  Anyone else wanna see Bayley and Sasha walk out as co-champs and then win the tag belts so we get a Two-Woman Power Trip?  I'd love that.  Anyway this is a match we've seen lots of times before but never with Bayley as the jerk and Charlotte as the reluctant protagonist.  This should be a show highlight, along with the other Four Horsewomen match. 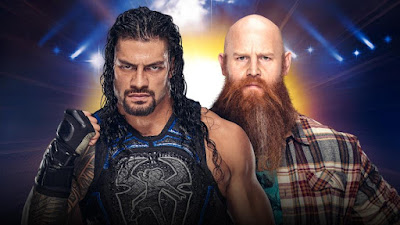 Fuckin' hell, guys.  Remember earlier when I said one angle was baffling?  This was it.  There's been zero week-to-week logic in this feud and it's clear Vince himself has no idea where it's going or how to follow through on it.  The "Who Attacked Roman?" nonsense started a couple weeks before SummerSlam with the intent of Roman vs. Daniel Bryan being one of the high-profile matches on that show.  But then Vince decided two weeks wasn't enough build, so he postponed that match to Clash of Champions.  But then he apparently decided seven weeks wasn't enough build either, so he threw in a fake Rowan, Rowan turning on Bryan, Bryan disavowing knowledge of anything, yadda yadda.  And now Daniel Bryan once again doesn't have a PPV match and has had almost nothing meaningful to do since WrestleMania.  Good thing he stuck around last year, huh?  Does anyone give a shit about Roman vs. Rowan? 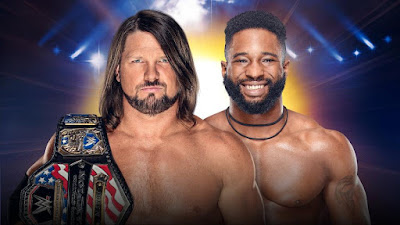 This match is new and oughta be quite good if AJ's on-point.  Cedric is the latest underdog to get a chance, following Ali, Buddy Murphy and Chad Gable.  I think it would be a mistake to take the belt off AJ already, but Cedric could look like a big deal even in a loss.  Let's hope they get time and aren't sandbagged like AJ and Ricochet were. 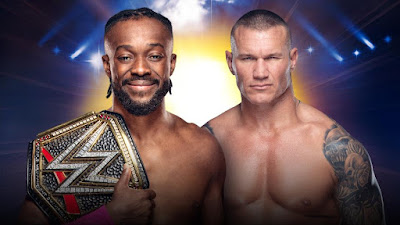 Fuckin' hell.  We got a passable but kinda boring match with a double-countout ending at SummerSlam, and that's supposed to make us want another one?  Can we get Kofi an exciting opponent please?  Randy's shtick does nothing for me anymore.  Let's get this over with. 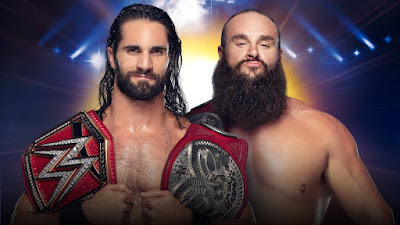 This one could be hit or miss.  Braun is in fantastic shape these days but his knees are not.  Seth will need to bounce around like a ping pong ball to make this match work.  Having Strowman lose both of his matches on this show might hurt him, but I think the ship sailed a while ago on making him a tip-top star.  Seth has to retain. 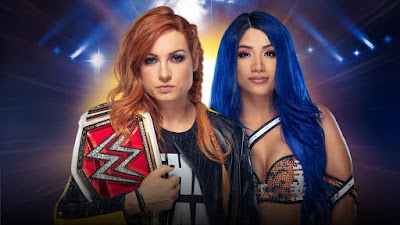 This match should absolutely main event the show.  Sasha's return was a big moment, she's a fantastic heel (despite the awful scripting), and her feud with Becky is new and exciting.  I think Sasha will be looking to prove her creative dissatisfaction a few months ago was justified, so she'll be all about stealing the show.  Here's hoping they knock this one out of the park.  I think Sasha should win the belt here so she and Bayley can become a dominant force.


That's a long-ass lineup.  Hopefully the first two bouts get moved to the pre-show so we can have a streamlined 9-match main card.  There could be some good stuff here, but we'll see.

Posted by Justin Enuffa Ballard at 11:07 AM