Welcome to another edition of Top Ten Things, here at Enuffa.com!  ***For my list of greatest debut albums, click HERE*** 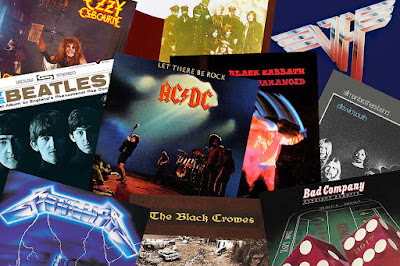 Today I'm thinkin' about second albums.  As in, the sophomore release of a given band or artist.  I have a fascination with second albums.  Where the first record is often either a prodigious, defining effort (a la Pearl Jam's Ten or GNR's Appetite for Destruction) or a near-miss where the band hasn't quite found itself (a la Motley Crue's Too Fast for Love), the second album can either confirm a band's inherent greatness, give them a chance to fully develop their sound, or reveal their first record as a fluke.  It's such an important step in the growth of an artist, hopefully on their way to even greater musical achievements.  But sometimes the second record stands as the yardstick, as with a few of the following examples.  For the purposes of this top ten I only included second albums I consider superior to their predecessors.  Before we get to that though, here are a few honorable mentions....

Pearl Jam - Vs.
Key Tracks: "Dissident," "Elderly Woman Behind the Counter in a Small Town," "Indifference" 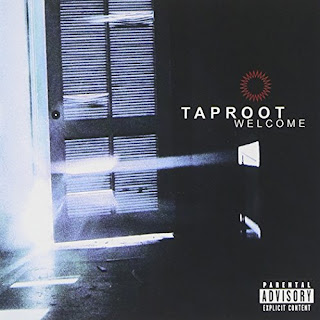 Michigan-based nu-metal outfit Taproot is one of the most underrated bands out there.  A quartet whose music is a mix of heavy-as-fuck baritone guitar riffs and gorgeous, undulating vocal harmonies from frontman Stephen Richards, their first record was a fairly basic genre piece that only hinted at the band's songwriting potential.  But it was on their sophomore effort where Taproot truly found their voice.  The writing is incredibly intricate, boasting dissonant hard rock strains topped with some of the most complex vocal layering I've ever heard in any genre (the Beach Boys would be envious).  Perhaps never before had an album showcased such a successful melding of ugly and beautiful.  Welcome heavily influenced my own songwriting for years to come, and it still stands as Taproot's masterpiece. 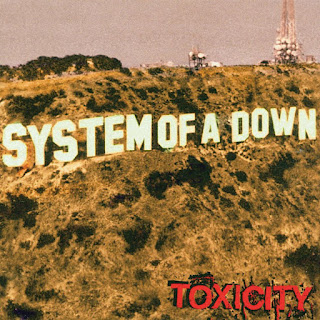 Another album from the same era, Toxicity took the bizarre metal antics this Armenian-American band displayed on their eponymous debut and added a bit more melody and musicianship.  Daron Malakian's thunderously peculiar guitar riffs are still front and center, but this album features a lot more vocal interplay between Daron and lead singer Serj Tankian, particularly on the album's first single "Chop Suey!" (which I still consider their best-ever song).  The band really pioneered their "violent mood swings" approach to songwriting on this album, with saccharine clean sections bordering brutally heavy ones, and also ramped up their Middle Eastern influence to further shape their unique metal sound.  This was my System of a Down gateway. 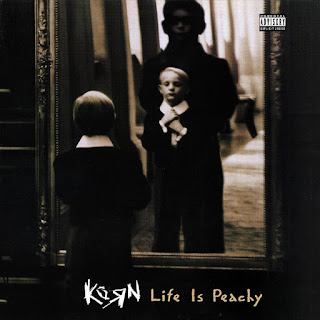 Many consider KoRn's debut superior to its followup, but I'm not one of them.  For me Life is Peachy took what had been established on the first record and intensified the percussive brutality, delivering an even more raw-sounding backdrop for Jonathan Davis's primal scream therapy-esque vocals while also introducing a bit of their rap influence.  The production is minimalistic but punchier on this album; evoking what the mind of a murderer must sound like, and the songwriting is more direct and to the point than on the first album.  LIP is one of the most violent-sounding records I've ever heard. 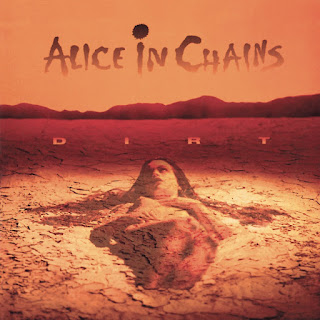 This morose grunge quartet from the vaunted early 90s Seattle scene peaked for most people with their sophomore release, Dirt.  Full of the same darkly introspective tone as their debut Facelift, Dirt felt more confident and surefooted, dialing up the morbid self-examination and also the sophisticated vocal arrangements.  The album includes a five-song sequence that Jerry Cantrell referred to as a kind of story, going from a drug user's optimism to the slow realization that he's destroying himself.  Given singer Layne Staley's premature death at 35, the lyrics and tonality on this album feel extremely poignant now.  For me Dirt is and will always be the definitive Alice in Chains album. 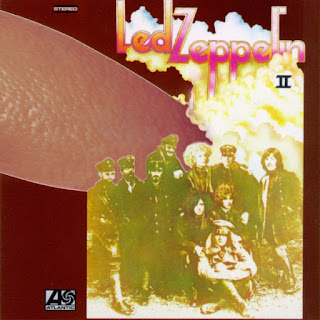 The legendary blues-rock band from England took the world by storm with their 1969 debut, and only nine months later managed to top that album with its successor.  The foursome took their signature rock god sound and tempered it with some acoustic and textural breaks, adding some Tolkien-inspired lyrics and more frequent mood swings.  For me the second album boasts more consistent quality and includes probably my two favorite Zeppelin tunes - "Ramble On" and "What Is and What Should Never Be."  No small feat.

Key Tracks: "What Is and What Should Never Be," "Ramble On," "Living Loving Maid (She's Just a Woman)" 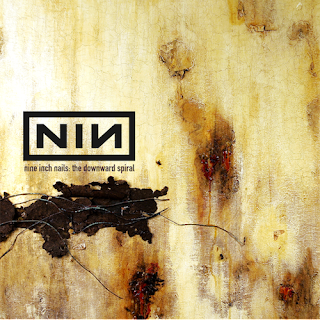 The disturbing industrial concept album that put Trent Reznor on the map, The Downard Spiral tells the story of a "protagonist" who gradually strips away every layer of ethos in his life, from religion to sex to compassion, and is left with only self-hatred.  The psychological complexity of the narrative and all-out sonic assault are a perfect marriage on this album of madness and suicide, announcing Reznor as a major, fearlessly unconventional musical talent.  The Downward Spiral instantly became an industrial rock milestone and remains one of the all-time great concept albums. 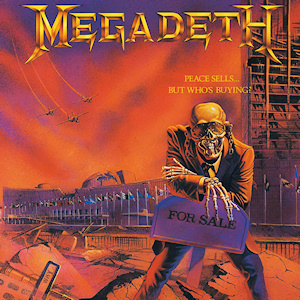 After being ousted from Metallica in 1983, guitar wizard Dave Mustaine regrouped, literally, by forming Megadeth, a fearsome speed metal quartet whose initial mission statement seemed to be all about out-metaling his former bandmates.  Unfortunately budget limitations and a last-minute cover art substitution hindered their debut album from reaching its full potential (though Mustaine's impressive songwriting skills are mostly on full display anyway).  But a year later the band returned with a quantum leap over that record with Peace Sells...But Who's Buying?, a ruthless powderkeg of metal guitar boogie with political and occult overtones that featured crisp, gritty production values (and one of the great pieces of cover art, courtesy of Edward Repka).  Peace Sells earned Megadeth some mainstream notoreity (the title track's opening bass riff was used as the theme for MTV News for years) and more importantly put them right up there with Metallica as one of speed metal's preeminent outfits. 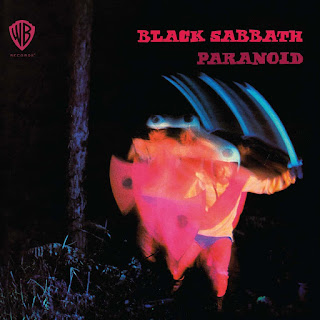 Name a Black Sabbath record with more legendary songs.  Go ahead, I'll wait...  Released in 1970, Paranoid took a more focused approach than the proto-metal quartet's debut, with a balanced mix of killer guitar riffs and memorable vocal melodies.  This is one of those records that now plays like a Greatest Hits album, with the entire first side boasting timeless classic rock radio hits.  Guitarist Tony Iommi more or less invented the heavy metal guitar sound, while Ozzy Osbourne's gloom & doom vocal style piled on the horror movie tonality.  Paranoid has to be one of the most influential albums ever recorded; nearly every metal band since was either directly or indirectly shaped by Sabbath, and this was undoubtedly their signature release. 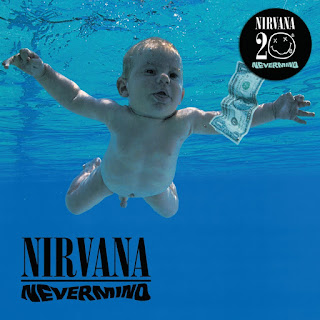 If Paranoid was an all-time influential record, Nirvana's second album in 1991 more or less blew up the music industry and set the tone for the next decade.  Mainstream hard rock bands in the 80s were all about the merrymaking lifestyle and hairspray/spandex image, with much of the music simply being an outlet for getting laid and partying 24/7.  Suddenly here came a frumpy, flannel-clad trio from Seattle sporting a dirty, punk-infused musical style and sardonic lyrics, and the prissy hair metal scene died a quick death.  Not only that, Nevermind smashed open the door for loads of other grunge and alternative rock artists to take over the mainstream arena.  Nirvana was never my favorite of the grunge bands, nor was Nevermind anywhere near my favorite album of the era, but it's undeniable how important this record was and how defining its sound and attitude were for the 90s. 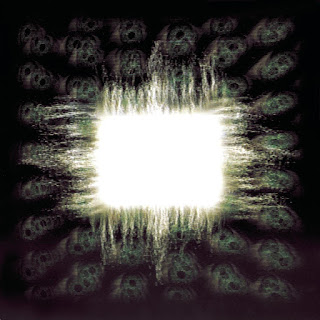 In compiling this list I was torn between objectivity and my own personal preference.  I said Nevermind wasn't really one of my favorite albums, but it's probably the most important sophomore album ever recorded.  From a purely artistic standpoint though, I have to give the top spot to Tool's second full-length release, the 77-minute alt-metal opus Aenima.  I've often referred to Tool as the Stanley Kubrick of metal bands; mercurial, uncompromising, indigestible, and yet somehow hugely successful with mainstream audiences.  That dynamic is present all over this record, rife with odd time signatures, lofty, conceptual themes, bizarre interludes, and extended running times (the shortest proper song is 4:33, the longest is 13:47).  Aenima is an album that strenuously challenges the listener but rewards repeat spins immensely.  It is progressive/alternative metal presented as art, and it's one of my favorite albums of all time.


Posted by Justin Enuffa Ballard at 9:46 AM