Welcome to another round of NXT Predictions, here at Enuffa.com, where we predict the special events of the one part of WWE that still works consistently! 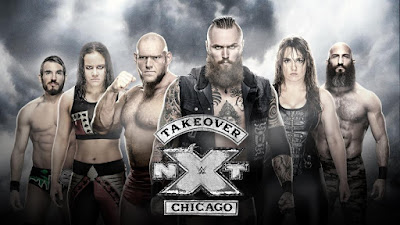 Look, I don't even watch NXT's weekly show, but even when I think I'm not up-to-date enough on the brand's goings-on, I can still sit down and watch the fuck out of a TakeOver special and feel like I spent my time wisely.  That's the mark of a good wrestling product, when you don't necessarily HAVE to catch every weekly show to understand and appreciate what's happening on the big ones.  Simple stories in wrestling are still the most effective.

Anywho, the black & yellow brand has once again put together a great-looking card that won't feel like it lasts five days, with three title matches, an undercard bout between two up-and-comers, and an all-time grudge rematch.  Undoubtedly this will once again trounce the main roster show in terms of quality and enjoyment, begging the question (again), does Vince not care that developmental's audiences are WAY more enthusiastic than RAW & Smackdown's?  It's just fucking baffling to me.

Anyway let's take a look at the matches.... 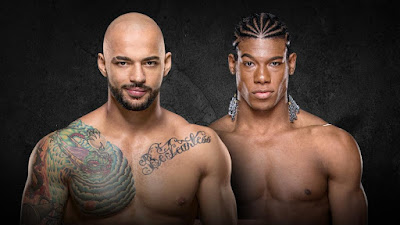 This could actually steal the show if given enough time.  Dream has already impressed everyone with his charisma and athletic ability, and Ricochet is superhuman.  I'm just lookin' to see some fireworks here. 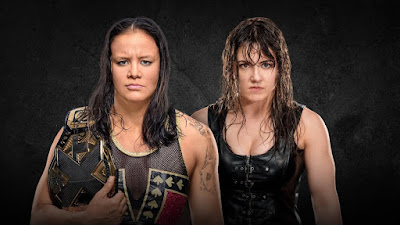 Baszler is a legit scary woman and carries herself like a goddamn monster.  Nikki Cross is a crazy person with zero fucks to give.  This oughta be a wild one.  Shayna's calculated precision attack vs. Nikki's unruly brawling.  It's like Ken Shamrock vs. Mankind. 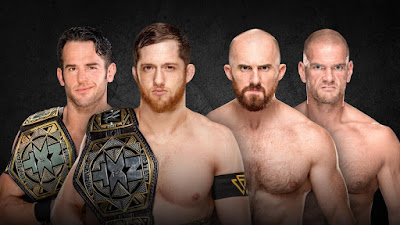 I know nothing about Danny Burch.  I know Oney Lorcan used to wrestle as Biff Busick and he's a helluva worker (and he and Tomasso Ciampa had a fine matchup when I saw NXT in Lowell, MA in 2016).  Kyle O'Reilly and Roderick Strong are both superb, so this should be a damn good tag match.  UE just added Strong to their stable, so obviously they aren't losing the belts yet. 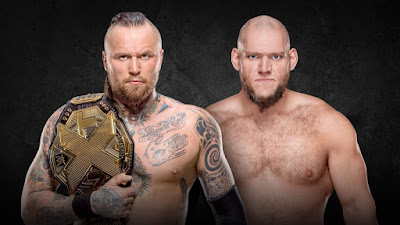 Seems a little premature to give Lars a title shot, but he's a good monster heel and kinda makes sense as Black's first big challenger.  Black's NXT run has been a rousing success thus far and he always delivers on these TakeOver specials.  This match is really just about developing him as the top champion.  There's little suspense. 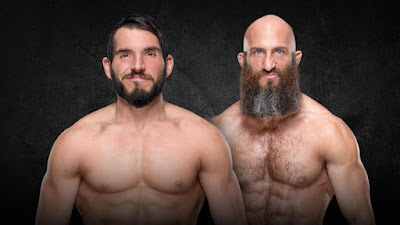 When it comes to Gargano-Ciampa 1, I think I was in the minority in not considering it a five-star match.  I liked it, I liked it quite well.  But I was less impressed by that match than by Gargano vs. Almas, or even Almas vs. Black.  At 37 minutes it felt unnecessarily stretched out to make it more epic.  I'm hoping this rematch comes off a little less overindulgent.  It should be the match of the night without question; hopefully it lives up to that potential.

Justin: If this is the blowoff it would make sense for Gargano to win.  On the other hand that means two straight big losses for Ciampa.  Who's getting called up first?  Or is neither?  Eh, I guess the smart money's on Gargano.
Landon: Ciampa

Well there's your lineup - should be a goddamn helluva TakeOver.  As usual NXT is the one beacon of hope in the WWE product and I hope everyone there who truly shows promise never has the misfortune of being called up and having their career ruined by main roster Creative.....


Posted by Justin Enuffa Ballard at 9:16 AM